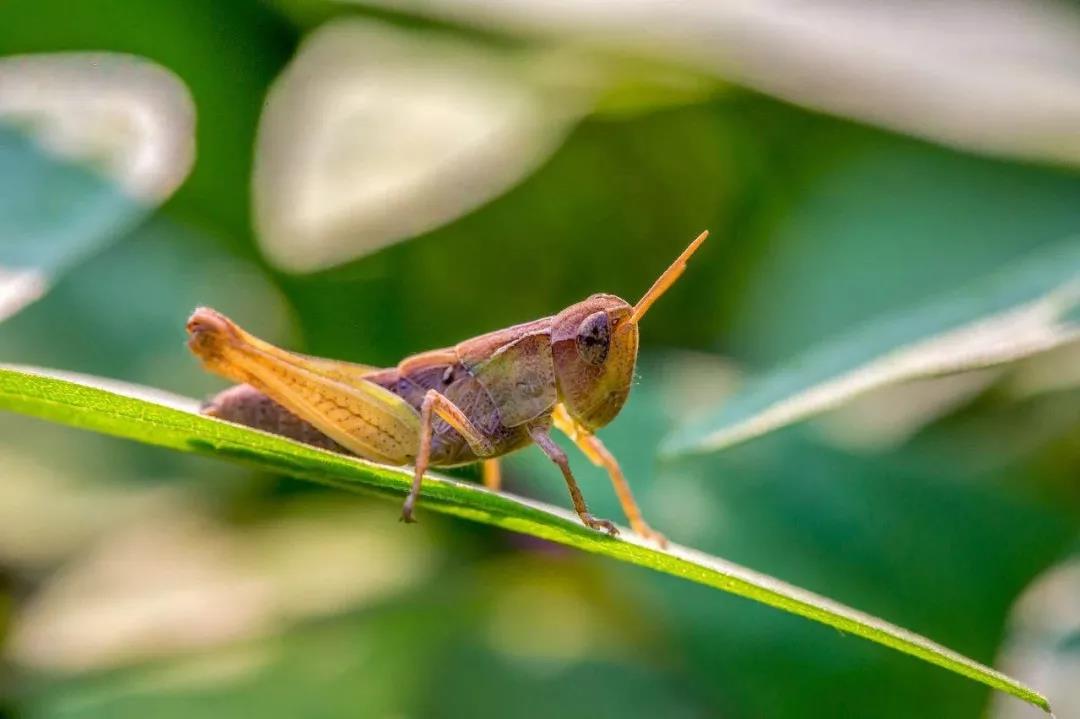 In Apocalypse, there are four apocalyptic knights who can come to earth, judge mankind, and end the world as gods.

They are-plague, war, death, and famine.

Today, the outbreak in China, the situation in Iran and the United States is critical, planes have crashed, and Australian fires have burned. We have never been at the beginning of a year and are facing death like this year.

I have to say that 2020 is really a magical existence.

Of course, this is not magical enough.

For this little creature, we really can't be more familiar with it. Some people grab it for fun.

But such a group of small things that can be crushed instantly with their feet can make people feel like panic at the end.

Can you imagine such a scene?

A grasshopper is half a slap, and there are hundreds of billions of such grasshoppers ...

They gathered in groups, covering the entire sky like dark clouds, with countless wings flapping, and an astonishing buzzing sound could be heard everywhere.

Like hungry vampires, they hovered across the ground at a speed comparable to the wind blowing, gnawing at all pastures and wheat valleys ...

In the land of East Africa, you can hardly see the ground, because it is covered with dense desert locusts.

On February 11, the Food and Agriculture Organization of the United Nations (FAO) warned the world, hoping that the world will be on high alert to the locust plague that is currently raging and prevent food crisis in the invaded countries.

Although such locusts are horrible to watch, have they reached the point of grabbing food with humans?

Let's first look at a set of data.

According to reports, the damage caused by the locust disaster to crops is equivalent to the peak of 25 years in East Africa and the peak of Kenya in 70 years;

According to available data, the locust plague has destroyed a total of 70,000 hectares of farmland in Ethiopia and Somalia, 70,000 hectares in Kenya, and 40% of Pakistan's crops;

what does this mean?

The peasants worked hard for a year's harvest and turned it into ashes in one hour.

The amount of farmland destroyed has already threatened the survival of local people.

A farmer in Somalia said: We have no extra food to feed our children and we can't buy it.

What's more frightening is that this disaster is far from over and even worse.

According to reports, the number of locusts in Kenya, Ethiopia and Somalia has increased by 64 million times in one and a half years, and now has reached 360 billion;

According to FAO warnings, if uncontrolled before the dry season in June, the number of locusts could increase 500 times, or 180 trillion.

And 180 trillion, can form more than 10,000 such locust swarms, then how much food can it destroy?

Nowadays, rice, wheat, and corn where locusts go are eaten up, leaving no grass.

If left unchecked, the locust plague will be a major hidden danger to global food security.

This makes people wonder. There are not many places where locusts can reach. How can it cause global famine?

The Institute of Zoology, Chinese Academy of Sciences has done such an experiment.

There are less than 20 locusts in a laboratory. They are green and have the same spleen nature as the little sheep-like grasshopper in our impression.

Another lab contained 400 locusts. They were tan, were active, had a large appetite, and were aggressive.

Researchers said: Without food, hunger and madness can eat livestock.

Can you imagine it?

These yellow-brown locusts with strong destructive power were actually changed by green locusts.

Does it sound terrible?

This is actually related to their genes. Once they are clustered, they will become manic and even eat single locusts to ensure their aggressiveness and ability to fly.

Previously, they only jumped, and occasionally they flew for dozens of meters.

But now they can fly 150 kilometers continuously at an altitude of 2,000 meters, which means they can fly from Beijing to Tianjin in one go.

The desert locust this time is the so-called "mutated" little grasshopper.

This is why they can travel from Africa, across the Red Sea, to Arabia.

The mountains and the sea cannot stop its migration.

Today, it has evolved into a super-locust plague that has happened once in decades, spreading everywhere and intensifying.

But what's the scariest?

400 billion locusts have crossed Africa, Arabia, and Pakistan, and have now flown to India, approaching the Chinese border. After they cross China?

There is a saying in "Wuhezhong": It is not the fact itself that affects the public's imagination, but the way it spreads and spreads.

The beginning of 2020 caused many people to panic.

The Australian fire, the Chinese virus ... these are all alarm bells for nature.

And now, as for the cause of the locust plague, relevant experts have also told us: look at the place, and look at the conditions.

River beaches and lake beaches are the favorite spawning grounds of locusts, and heavy rain in Africa has become the primary condition for locust disasters.

With the place, the temperature is bad. A warm winter, the sharp rise in temperature, really provides a breeding ground for locusts.

As a result, the locusts became a disaster and they were out of control.

All this is due to the extremes of the global climate.

Does this have anything to do with us?

Look at the damaged land, look at the polluted atmosphere ... aren't these all our actions?

We are small, not even dust.

Therefore, I hope everyone can remember, awe of life, awe of nature.

The locust disaster is not the end of the world as everyone thinks.

But don't wait until the real end of the day to come to realize that once we clearly had a chance to save ourselves.

"In the beginning, no one cared about the disaster. It was nothing more than a mountain fire, a drought, the extinction of a species, the disappearance of a city, until the disaster was closely related to everyone."