Mysterious data and questioning reagents: contradictions and unknowns of the Russian epidemic 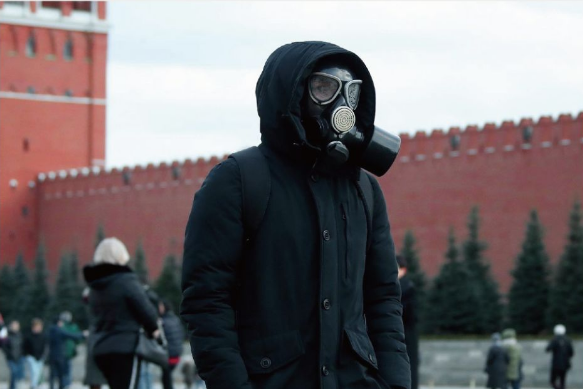 Mysterious data and question reagents: contradictions and locations of the Russian epidemic
Russia is considering closed cities with less than 300 confirmed diagnoses. Is Russia prescient or unspeakable?

If you look at the numbers alone, Russia may be one of the least disproportionate cases and controls in the world.

As of March 19, Russia has announced that all primary and secondary schools in the country will suspend classes, comprehensively cancel large-scale public events, restrict foreigners' entry, conditional institutions and enterprises promote remote offices, and many measures will even begin than those in major European countries that have already experienced an outbreak. Earlier. Since the outbreak of the Chinese epidemic in January, most of Russian and foreign public transportation has been cut off. At present, Russian Airlines has taken the initiative to cancel most of its overseas routes, and some of the flights still in operation are limited to Russian citizens returning home.

But at the same time, as of March 19, only 199 confirmed cases across Russia, and according to the official statistical caliber, no one died of the new crown virus. On March 19, due to the addition of 52 cases across the territory, the largest increase in a single day, the Russian government once again asked the country to increase the level of alert, and Moscow has even started to discuss the complete closure of the city.

At the same time, the ruble exchange rate plummeted recently due to the "oil war". As an important crude oil exporting country, Russia is destined to be in the first round of the shock in this round of global economic storms. Russia still pushed ahead with advance control measures. Is it a premonition for epidemic prevention, or is it something else that is difficult to say?

Mysterious pneumonia data
On March 13th, the Russian business media RBC revealed a key message: Statistics provided by the Russian State Statistics Bureau to the media show that the number of community-acquired pneumonia cases admitted to the Moscow Hospital in January this year was significantly higher than the same period last year, starting from 2019. The 5058 cases in January of this year suddenly increased to 6921 cases in January 2020, an increase of 37%. Nationwide, cases of community-acquired pneumonia rose by 3%. The National Bureau of Statistics did not provide February data.

However, also on March 13, data provided by the Moscow Health Department stated that the cases of community-acquired pneumonia treated in Moscow in January and February this year decreased by 8% and 7% respectively compared with previous years. A follow-up report from Reuters stated that neither department could explain why the numbers were so different, and the National Bureau of Statistics said in response to the question, "I don't know where the data for the Moscow health department came from."

The matter quickly aroused the controversy over whether there was a large number of missed diagnoses of new crown pneumonia, despite professional disagreements-some medical experts believe that this increase is only due to the fact that people are more likely to rush into the hospital for consultations after the outbreak of the new crown. It ca n’t be ruled out that this winter ’s extraordinarily abnormal climate has caused the impact—but taking Moscow as the tip of the iceberg has at least uncovered the existence of wider problems.

Distribution of confirmed cases in Russia, dark red is 10 to 99 cases, light red is 1 to 9 cases, gray is no confirmed case
According to recent media reports from various places, there have been many outbreaks of pneumonia or "acute respiratory virus infection" in Russia. According to a report on March 11, Sverdlovsk region has been in the past week. There were 864 suspected pneumonia cases, which is 1.6 times the same period of the previous year. Together with the flu outbreak at the same time, nearly 200 kindergartens and nearly 300 classes in elementary and middle schools in the state were suspended. On March 16, the Deputy Mayor of St. Petersburg, Elgashev announced that all pneumonia and influenza patients will be transferred to St. George's Hospital for treatment, because the other two main hospitals in the city are "full."

At the same time, there are two kinds of statements in Russia's domestic testing standards: on one side, the requirement for "virus testing of all pneumonia cases" put forward by Rospotrebnadzor, the Russian public health authority on March 3, and on the other side, a large number of areas have revealed that "if there is no Signs of no travel history abroad ": Until March 19, Penza governor spokesperson Cheremushkina said in an interview with the Russian News Agency," If we have evidence that they (pneumonia patients) "If you've been abroad or connected with foreign citizens this year, they will receive medical observation."

Public health staff at Sheremetyevo International Airport, Russia, March 18
Beginning in March, reports of the death of patients due to severe pneumonia have appeared in local media. Some of them have "no coronavirus" after testing, but others have been denied because of "no history of foreign travel and contact history of confirmed cases." Excluded from testing applications.

On March 19, another oolong incident in Moscow exacerbated public suspicion. On the same day, Mayor Sobyanin of Moscow said on his social account that the first coronavirus deceased has appeared. This is a 79-year-old woman who was admitted to the hospital on March 12 with pneumonia. She subsequently tested positive. He died unfortunately on the 19th. He has no recent travel history abroad, but once received a visitor from India at home. Public information did not mention the current situation of this visitor.

However, a few hours later, the Russian state media RIA Novosti published a special interview with chief pathologist Zairatiantes, saying that the cause of death of the deceased was not pneumonia, but "a large number of bilateral pulmonary thromboembolism", and when he died "There was no significant change in the condition of the lungs." At the same time, no new coronavirus was found in the re-examination during autopsy.

In the New Crown epidemic bulletin officially released by Russia that night, the elderly deceased was not included in it, and the Russian epidemic continued to maintain a zero death record.

A man wearing a mask walks past empty shelves in a store in Moscow, Russia, March 17.

Monitoring results of problems
In addition to statistical calibers, the kit itself is becoming a problem.

Until now, the only formal institution that can test in Russia is the top virus laboratory "Vektor" in Novosibirsk, which is the world's premier virology institute, but the kits developed by it have been described by many parties as insufficient sensitivity. Yakovlev, chief physician of the Portkin Hospital in St. Petersburg (one of the already full hospitals mentioned by the former deputy mayor and the major infectious disease hospital in the region), told the public that young people are strongly advised not to go to the hospital for a preliminary examination. "The sensitivity of your detection system is not suitable for this," he said. "You might even bring the hospital virus back to your elders at home."

According to the information provided by the professional media at present, the sensitivity of the current Russian kit is only one international standard-and the reagent used by Russia for other virus detection-is one percent of the sensitivity, which is two orders of magnitude different from the current European standards. This is most likely the main reason for the lowest positive rate in the world in Russia. According to data held by the media, the positive rate is only 0.09%.

As a result, there have been calls for the public not to perform the test: St. Petersburg has announced the opening of large-scale testing since March 18, and has therefore set up 126 sampling points, but the test itself is not yet free-the current price is about 13,000 -15000 rubles per person.

Other news was provided to the media anonymously: On March 10, Vasilyeva, the head of the doctors' union who has close relations with the opposition leader Navaline, uploaded a video in which he mentioned in audio recording the Moscow Mushin State The hospital ward is being secretly transformed into a treatment area for new crown patients, and doctors at the hospital say the hospital is being forced to disinfect single-use equipment due to insufficient protective equipment.

Screenshot of the video uploaded by Vasilyeva: "No protective supplies, no masks, no protective clothing, nothing."

Another suspected patient at the hospital later told the media in an anonymous text message that he had been in the hospital for more than a week in order to wait for the test results, while new patients continued to arrive, "All people share the same facilities "Because they don't know if they will get sick, these suspected patients in the temporary isolation ward therefore try to avoid going home.

The video was subsequently refuted by the hospital official, but it received more than 200,000 views on the day it was released, and anonymous medical staff from the hospital reportedly revealed that the protective supplies were suddenly in place the next day after the video was released.

Statistics show that one-third of the content produced by all-Russian media in the past week is related to coronavirus, with an average of more than 114,000 times a day, seven times that of the "Putin" keyword in the same period, of which about 70% are directly related to Russian outbreak. In addition to the official media reports, the news circulating on various social media and chat software is even more numerous.

A female wearing a mask in a subway station in Moscow on February 2
But outside of public opinion, Russia in reality has remained largely calm. "They don't have any protection," said Dasha, who is studying in Moscow. "No one wears a mask, and no one keeps distance. There are only a few elderly women wearing masks in KFC." Like most European countries, buy Not getting a mask is also a real problem.

A week ago, a young mother she knew had already made the decision to take her two children out of school at home earlier than the country, because she was worried that the school would intensify the infection, regardless of the flu, pneumonia or new crown virus.

On March 20, the official renewed the number of domestic infections to 253, and although there was another 25% increase, it is still less and less than other countries. Some people believe that the virus has spread in Russia long ago, while others believe that the virus will come one day-but no one knows when it will.