If the outbreak worsens, the world may face a serious food crisis! What are we going to do? 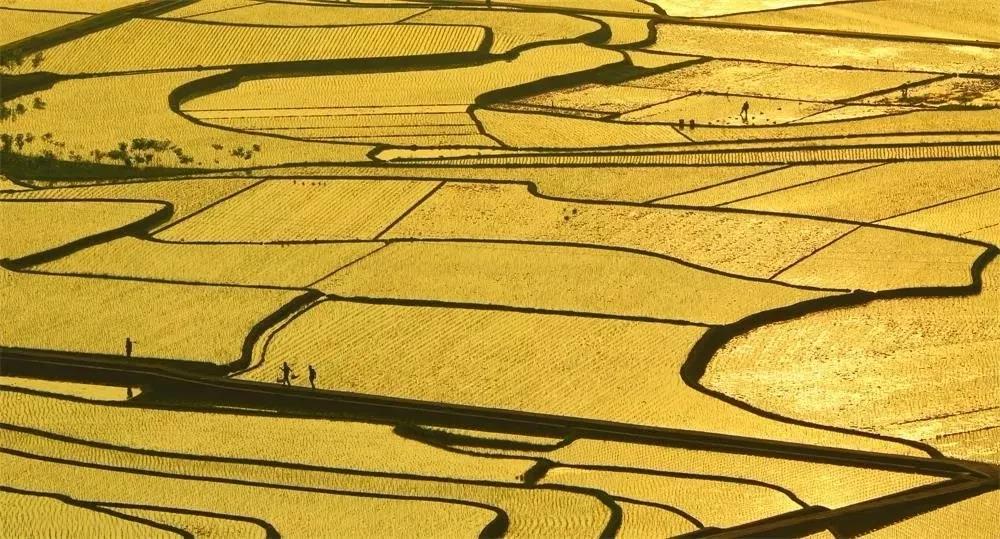 The new coronapneumonia epidemic is spreading around the world, and it's heartbreaking to see the numbers that keep moving up.

The concerns raised by the outbreak are far more than an increase in the number of confirmed cases. Experts believe that if the outbreak is not effectively controlled, it will trigger a serious global food crisis.

Recently, the outbreak of new crown pneumonia spread around the world, causing panic hoarding of food.

Some food-exporting countries have begun to restrict food exports;

Some food-importing countries will expand imports...

Not only that, but there are worrying signs in many countries:

Kazakhstan banned the export of agricultural products such as wheat flour, carrots, sugar and potatoes;

Russia has also announced a ban on grain exports;

The rest of the grain-exporting countries are also beginning to wait and see, almost adjusting their export policies at any time...

People. In the face of a crisis, do not despise the fragility and despicableness that human nature can show. Because in this world, there is never a lack of countries to take advantage of the fire, there are countless unrighteous businessmen. And, so the lesson sits, we've had once.

A food crisis was staged before the global financial crisis began in 2008.

At that time, 36 countries around the world experienced a food boom, resulting in hundreds of thousands of starvation, and many countries have been affected by unrest, thus affecting the stability of the regime.

In Maputo, the capital of Mozambique, Africa, for example, large crowds took to the streets to protest against rising food prices and the resulting rise in the prices of many other goods. As a result of the violence, the demonstrations quickly turned violent, with ordinary people burning tyres, throwing stones and even clashing with the police and setting fire to police cars.

Maputo, then the capital of Mozambique

The country's campaign against rising prices was intermittent until April, when nationwide strikes and demonstrations broke out.

Ouagadougou, then the capital of Burkina Faso

From this history can also be seen, food problems, the problem is very big, the lesson is very profound!

But with a series of disasters around the world since 2019 and the current global pandemic of new coronaviruses, the global food trade has suffered a disturbing contraction. This stems from the high level of government procurement in exceptional circumstances and from efforts by some food-exporting countries to tighten their export policies.

Overall, while the Food and Agriculture Organization of the United Nations does not believe that global total food production will be significantly reduced by 2020, local and some agricultural product sproduceosos are indeed affected. This is no doubt another blow to the globalisation that has been riddled with viruses.

As a result of the spread of the new coronavirus, various countries have announced road traffic closure policies and ban sons and exports of medical materials. At present, the blockade of countries is further expanding, border customs are becoming more stringent, the implementation of the blockade policy more and more countries, including agricultural products, the flow of goods has been correspondingly restricted.

According to a report released in March by the United Nations Food and Agriculture Organization, total global wheat production is expected to be similar this year to 2019, with total rice production slightly less affected by natural disasters than last year, and total staple grain production remaining stable.

In fact, under the increase of modern breeding and fertilizer technology, as long as the climate is not particularly bizarre, the total human grain production to maintain a sound has been a stable expectation. However, in the context of the global division of labour, total production is not the only determinant of food supply, not necessarily the most important factor.

Several major grain-producing countries hold the lion's share of food trade in the global food market. India, Thailand, Vietnam and Pakistan, for example, account for nearly 70 per cent of global rice exports, while Russia, the United States, the European Union, Canada and Ukraine, the top five countries and regions, account for about 73 per cent of global wheat exports.

If the above major grain-producing countries collectively impose restrictions on or ban exports, it will soon trigger global food unrest.

However, while the topic of food security has never been far away, the probability of food shortages in general is not high, and the global food trade supply chain can still be cautiously optimistic.

But the risk of breaking this tight chain is increasing, and rising trade barriers are likely to become a trend in the first half of this year. From this perspective, it can also be said that the food crisis is taking place.