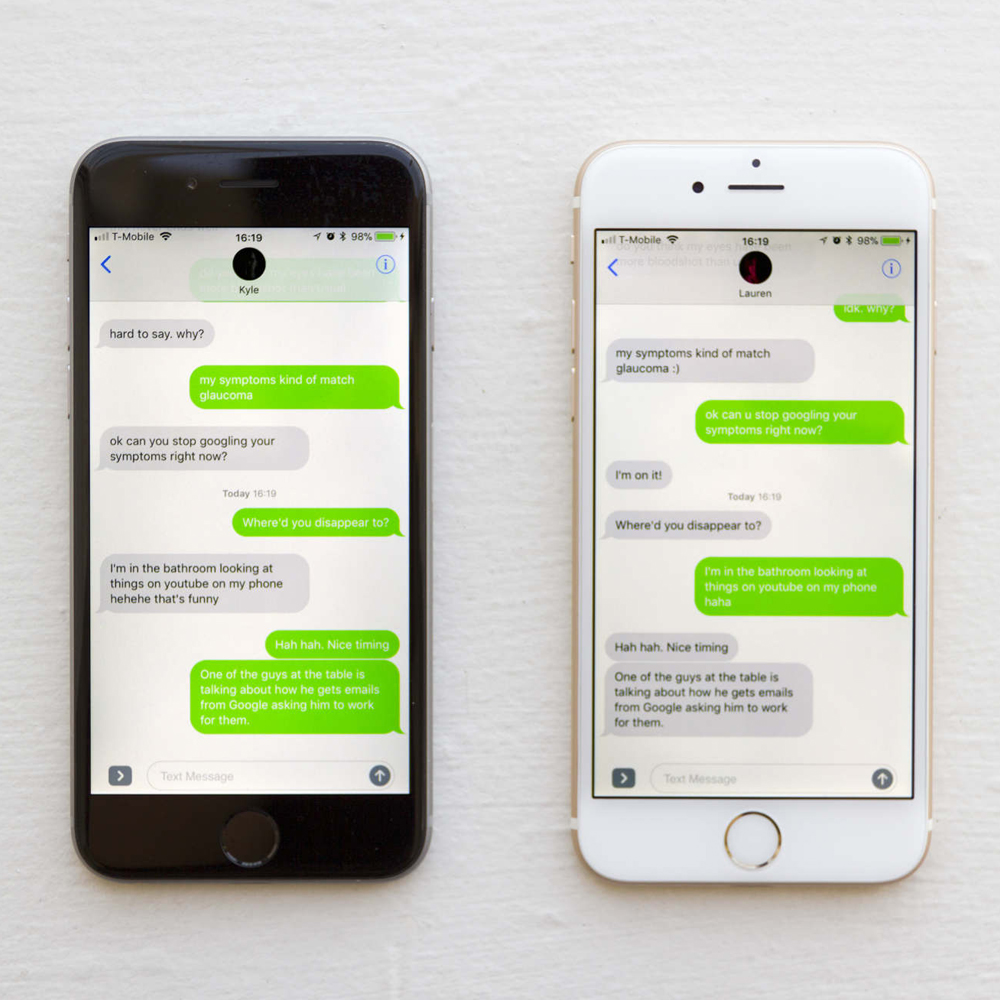 In this work, the hacking technique known as the “man in the middle attack” is employed to interfere with text messages between the artist and his partner, investigating the role that technology can have in our personal communications.

A man in the middle attack is where a hacker can intercept a communication between two devices, either collecting or altering the message. The artist here has generated a scripted version of himself and his girlfriend, which the intercepting server can use to modify an existing message or even send one without being prompted to do so.

The work demonstrates the flaws and potential exploits that our digital devices can encounter, and as we increasingly rely on technology and become more connected to the digital realm, how the ideas of privacy and security are affected in turn.