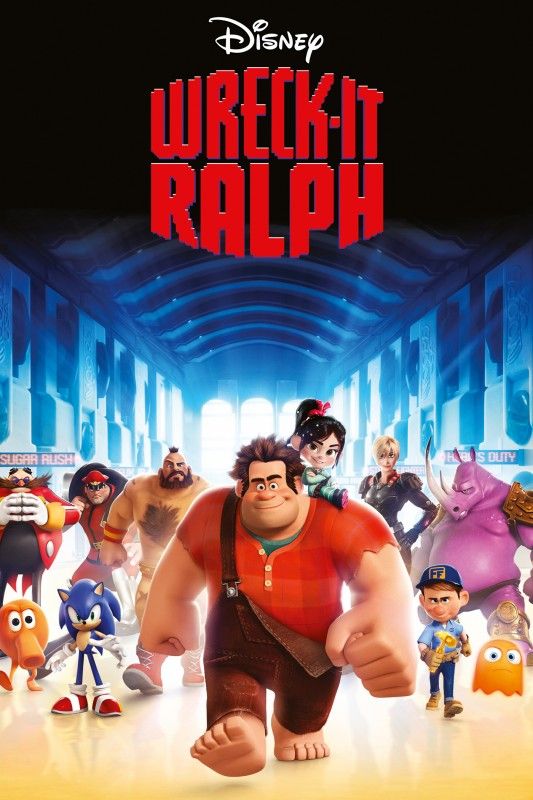 I am bad and that is good, and I will never be good and that is not bad, but there is no one who would like to be more than me. -Ralph the devastating. These famous words of the author of the film teaches that despite the defects that a person has must be accepted as it is, do not want to appear to be another person, be yourself that is the most valuable of people.

This is the story of the video games that many of us have played Ralph the Demolisher. This story begins in a group of people who are listening to Ralph tell his story, that he was created to be the bad guy in the video game and always be alone in a very ugly place, while his other teammates are in a penhouse, sharing with Felix who is the hero of the video game, he doesn't want that life anymore, wants to get a medal and be the good one.

Upon reaching the game again Ralph realizes that he was excluded at Felix's birthday party, this causes him to bother, decide to go to other games and be good and win a medal and go against the system, what this harms his game, from there will live a great adventure with Venellope a girl who has been excluded from her game for presenting failure.

This movie was produced by Walt Disney Pictures and Walt Disney Animation Studios, which distributed it
Walt Disney Studios Motion Pictures, is a children's film that children and adults can enjoy, was nominated in several categories at the Oscars such as Best Animated Feature, and the same in the Annie Award that won the Best Animated Movie category, currently this movie has its sequel, so if you enjoy the one you loved it, you will enjoy both.

This is a children's movie that comes from a well-known video games, which you leave great moral: