It is a tender love story that was separated by society and World War II. This romantic story begins in an asylum where two older people are together, the Lord is telling a love story to a partner, where he begins that there were two boys who met in the 40s, in Seabrook, South Carolina, there are two Young people from different social classes: Noah is a low-income youth who works in a wood factory and lives with his father. While Allie Hamilton is a 17-year-old girl she comes from a rich family, they both meet at a carnival, Noah falls in love with her instantly tries to get her to go out with him, since Allie didn't like her, but at each exit with Noah Allie fell in love with him. Despite the fights he had. His mother, seeing that her daughter was taking the relationship seriously, strongly opposes this relationship because young Noah is a low-income boy, Allie's family wants other plans for her daughter doing different things to separate him. Despite spending time and Allie not knowing that great summer love decides to forget to take a chance with another young man of the same social classes, plans to marry, when suddenly the time returns to make her know about her great love, through from a publication she sees in the newspaper where Noah is selling the house he promised to build to live both, seeing this Allie feels uncertainty she wants to go to the town of Seabrook and talk to Noah to know what happened.

When they get back to that town they both meet again, but Allie makes it clear to Noah that she is now engaged and is getting married, but they both decide to live a friendly time, where they get to talk about their memories together, but at the moment when Goodbye Noah asks Allie to come back the next day to show him something. Allie accept decides to meet Noah again, he takes her to a lake in a canoe and they start talking, but then she has to return because a storm is coming, before arriving a heavy rain begins, she arrives at the place Allie gets off the Canoe and angry asks Noah why he never wrote, Noah with his question is surprised and tells him that he wrote a letter every day for a year, but she never received it, then she tells Noah that it is too late to revive her love, but Noah insists that no, that I have not yet been late and they kiss her passionately, until they arrive at the house and make love.

Her mother, noticing that she had no information about her daughter for two days, tells Lon the fiancé of the story that her daughter had with Noah, they both decide to go find her to the town, but the mother first meets Allie, and tells her to take a walk she takes her away to a quarry and tells her daughter that when she was young she lived a summer love and tried to escape but her love did not turn out everyone went different way, but she still visits him to the workplace and he sees him from afar and imagines what his life was like if he were married to him. Then he takes her to Noah's house but before Allie gets out of the car he hands her the 365 letters Noah wrote her. 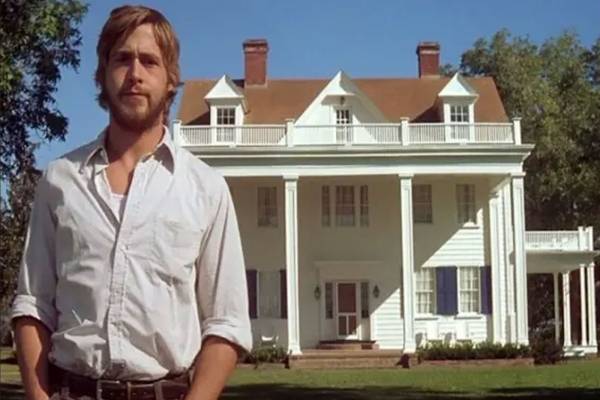 Allie talks to Noah and tells him what happened, to which he confirms that if he wants to return with Lon, he goes along with him. Allie runs out to the car and starts driving crying but before arriving at the hotel where Lon is stopping and the letter that his mother gave him. When he arrives at the hotel, Allie talks to Lon and tells him what happened and decides to return with Noah.

In the present of the story Allie, when she grows up, realizes that the protagonist of the story is her and begins to remember, after a while Allie returns to her state of oblivion after the Alzaheime, and begins to ignore Noah shouting and pushing Noah, they take him out of the room, he starts to see the books and reads on the back cover of that book that Allie tells him, that she wrote him a message "Read this to me, and I will come back with you every time", then continue looking at a photo album , where they have memories of the wonderful life he had with his wife Allie, but in that Noah presents a heart attack, lasts a few days interned, Allie is held in another area separate from Noah. But Noah, finding herself a little better, sneaks into the room where she has Allie confined, She sees him and recognizes him and tells him that she was scared that he thought he would never see him again, he tells her that he will always be for her, then Allie asks to Noah “if your love is strong enough to work miracles and take them together. Noah tells him that his love can do what they want to do and he will never abandon it. ” Then he lies down next to her and takes her hand and kisses them both, and a few minutes later a nurse enters the room and watches him asleep and you touch them, the nurse notices that both have died. The movie ends with some birds flying in the lake and passing the story
What they had together ...

This is a romantic film that shows a pure and clean love, that despite the time, war and society separated it, its love remained intact, there was nothing that made that love fade away. A continuous love until she got older together and despite the fact that his wife began to suffer from loss of memory he never left her with her, until the way she was posing as an asylum partner who told her a great romantic story where he made her even if it were for a few moments I will remember, one of the most impactful and linking part of this film is its end.

Love story there are many ... In real life that is almost similar few, but if it exists and if there is, I saw a love story and lived it, which was that of my Mother and Father, with 37 years of marriage they were more enomorados than ever before, they left they were holding hands as boyfriends, happy loving, with four children. But at one time my sick father had a different diagnosis and in some of that he was detected an Occupant Injury near the spinal cord. My father had to operate it but it was a very delicate and dangerous operation that could remain a plant life or die in the operation, after doing the diligence a few minutes after entering the operating room my father decides not to operate, other means are sought to help him walk again, away from home because they had time in another state. In all this process my Mother was there with him, not taking off even a moment of him, helping him in everything he could not do, getting him out of bed every day among other things, encouraging him, my mother showed him every day his love for my father never left him, he never left him, he did many things (all for love) that few women do not. My mother is a very brave warrior that for her nothing is impossible to do, that if you have to fight there she is to fight. My mother was until the last breath next to her father demonstrating her love and affection.