Jingle All the Way.- Father's love for his children 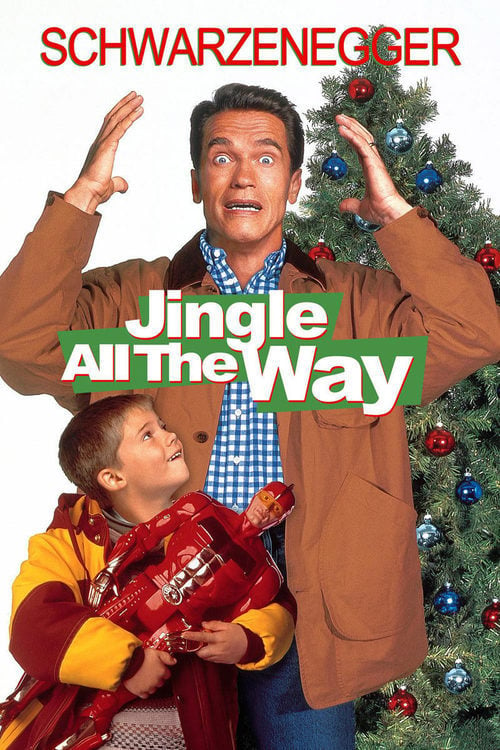 What does the father not do for a son? I still don't have my own, but I have a beautiful princess, who is my great adoration, she is my sister's daughter, Dad says, hearing those words makes me feel the greatest in this world. She is the tenderness of the house and our joy, I love you Daniela. I would do the impossible for her, this preamble has to do with the movie I saw tonight, a Father in Trouble.

Here he tells the story of a father, which happens in real life, a man busy at work, who for some reason can break the promise he has made to his son. He wanted to do the impossible to attend a karate event of his son, but for several circumstances he could not fulfill his promise, to which his son gets angry, he tries to talk to his son, to reward him he tells him that they will give him the best gift you want for Christmas, to which the child asks for a doll that is becoming popular in the market.

The father begins to look for that gift for his son, but everything will become increasingly difficult because he is a doll that is being in great demand. For this great father he had to do the impossible to fulfill his promise this time.

This is a film starring Arnold Schwarzenegger, this is a type of Christmas comedy, it was released in 1996, produced by
Chris Columbus.

That story tells what a father does his son, but keep a promise, Arnold will have to break up with another father, to get the promised gift. Although the end of the film shows that the most important thing is not a gift but family love. It is when the child gives his gift to another father who also wanted that toy for his son, says he already has his hero at home, it is a great movie to enjoy as a family, where you will laugh and enjoy, apart from leaving you a Good message

Fasta the next my friends ...

Thank you for participating in the event.

Thank you for your nice review~~