US immigration courts have to resolve more than one million cases 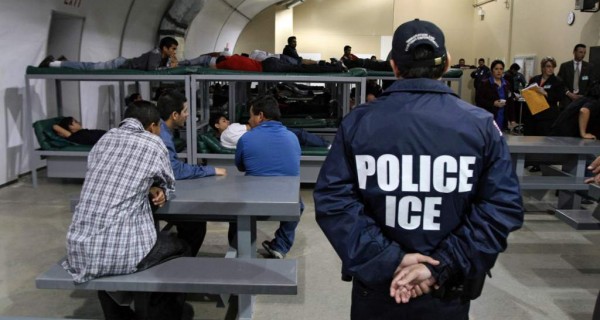 Immigration courts in the United States are collapsed, with more than one million unresolved cases, according to a report by the Center for Transactional Access Exchange (TRAC) at the University of Syracuse in New York.

“The active cases of Immigration Courts have just passed the mark of one million cases. The latest judicial records on a case-by-case basis until the end of August 2019 show that the active cases of the court were 1,007,155 ″, indicates the study that has collected the American television network Univision.

Thus, this report specifies that if the 322,535 additional cases that the Court assures are pending but not active are added to this million people, the figure could rise to 1.3 million euros.

The president of the United States, Donald Trump, said Wednesday that there is still a national emergency regarding border security.

Trump said US troops could be withdrawn when the wall was built and if Mexico stopped helping to reduce the flow of migrants, it would consider imposing tariffs on Mexican imports.

Last October, thousands of Central Americans began marching in a caravan to the United States through Mexico to escape violence and poverty in the so-called Northern Triangle, formed by El Salvador, Guatemala and Honduras. Since then, the migratory flow has been reduced but has not stopped.

The Trump Administration threatened the neighboring country with a tariff if it did not stop illegal immigration, which resulted in an agreement that Mexico has deployed to the National Guard on the border with Guatemala and has agreed to host Central American migrants until their asylum processes in the United States are resolved.

According to the analysis carried out by the TRAC, the most collapsed states are those of Alabama, South Carolina, Arkansas and Vermont, among others. However, the migrants most affected by this situation are those living in California where 175,739 cases have been registered.

In Los Angeles, on the other hand, there are a total of 82,936 cases and in San Francisco immigration judges have to review at least 68,329 applications. The courts that have registered fewer cases are New Mexico and the territory of Guam.

In recent years, the number of cases has increased compared to the data obtained in 2016. In 2016, immigration courts had to manage a number of 474,025 cases waiting to be resolved, the highest figure in the last 16 years.

“During the first eleven months of fiscal year 2019, judicial records reveal that a total of 384,977 new cases reached the court. If the pace of the presentations continues during the last month of this fiscal year, 2019 will also mark a new presentation record, ”says the report. Only 10 percent of people are under the order to remain in Mexico during their processing, according to TRAC