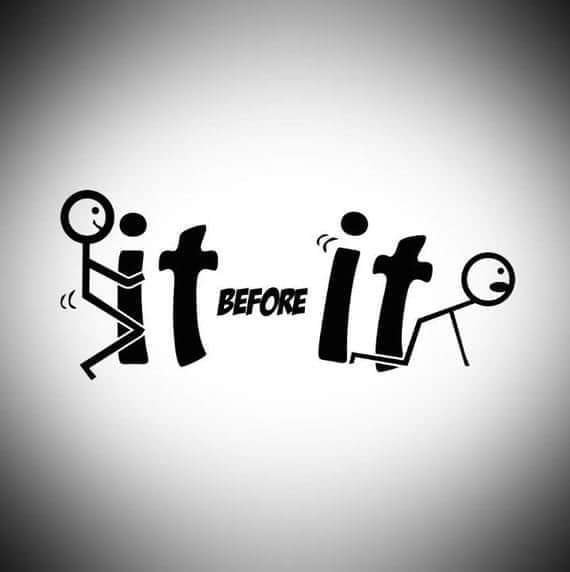 Hey what’s up Internetz? It’s that guy Joe again with another blog on a Saturday morning that maybe someone will read. Feel like these are getting more sporadic lately, and that’s entirely my fault. But hey! Here I am so…

So if you’re reading this you might already know that I consider myself a radical leftist. But I’m often not considered a very good leftist because I like to listen to other points of view. Apparently if you listen to someone it means you agree with every single thing they have to say. I once mentioned in a leftist group that I had listened to a particular right wing libertarian podcaster. Didn't say I agreed with what they had to say or that I thought they were a good person, just that I had listened to them and they said something about something. So of course Everyone piled on me and dragged me through the mud, dismissing anything further I had to say. So I don’t get along well with these people because I feel like it’s important to actually listen to what people have to say before you judge them. Sad to say, most people seem to form their opinions these days based on what they’ve heard from someone else.
So with that in mind, I decided to be a bad leftist again and actually watch the new Dave Chapelle special, Just to see what all the fuss was about. Everyone making a fuss should probably make note of that. Now everything I was hearing about this show made it sound like an Anti-Trans hate rally, and he certainly does say some pretty offensive shit about trans people, but he also opens up by praising the Stonewall rioters. And the Stonewall riot was started by a black trans woman who threw a brick at a cop. That’s three oppressed people in one going “Fuck the police!” How can Dave not love it? I certainly do. Yet nobody mentioned the racial commentary. Let me say that as a Michigan white person, I was particularly offended by what he said about Michigan white people, but it seems that the main theme of the show was that, as he sees it, LGBTQ people get way more sympathy from society than black people do, and I feel like all the people screaming about how trans phobic this show is are kind of making his point for him. In fact I can't help but notice that with a lot of them their skin tone seems to be a particular shade of beige. And I’m sure if you asked any of these people if they support black culture, they’ll tell you yes. But having actually spent a lot of time around the black community myself, I’m tempted to think that these people haven’t. Because from my first hand experience I’ve seen a lot of homophobia and trans phobia in that particular community. I don’t like that anymore than these people would if they chose to acknowledge it. I think we should all love and support each other for who we are, but I’m pretty sure the last thing black people want to hear in America these days is white people telling them how to feel about anything. But, as Dave put it, everybody wants to be a minority, until they need to be white again.
Another person I’m a bad leftist for listening to is Joe Rogan. Apparently this Bernie Sanders supporter is somehow a right winger. I guess because he hunts and thinks that people should take care of themselves. These days anybody who doesn’t check all the right boxes is a hard core alt-right racist sexist homotransphobe. Unless they’re running for president as a Democrat. Then you can just be a Republican and none of them give a shit. But if you’re a podcaster with the biggest audience in the world, well then you’re just the worst person ever and need to be cancelled. So I’m not allowed to listen to him, and it’s a good thing too because if I was I might learn that Ivermectin isn’t horse paste and that mainstream news networks just tell bold faced lies to the public then wonder why nobody trusts them anymore. I mean shit, if they wanted to discourage people from taking it, it should be enough to say that it is not recommended by the FDA as a treatment for COVID, yet for some reason they feel the need to slander it and act like it’s strictly an animal medicine when it was used for humans for years before it was used for animals. So, as a network supported largely by ad revenue from pharmaceutical companies, you say this about a generic drug, and you honestly fucking wonder whey people think you have another agenda? “Daddy, where do conspiracy theories come from?” “Crazy, anti-science bigots son. Now go back to bend and say fuck it, before it fucks you.”