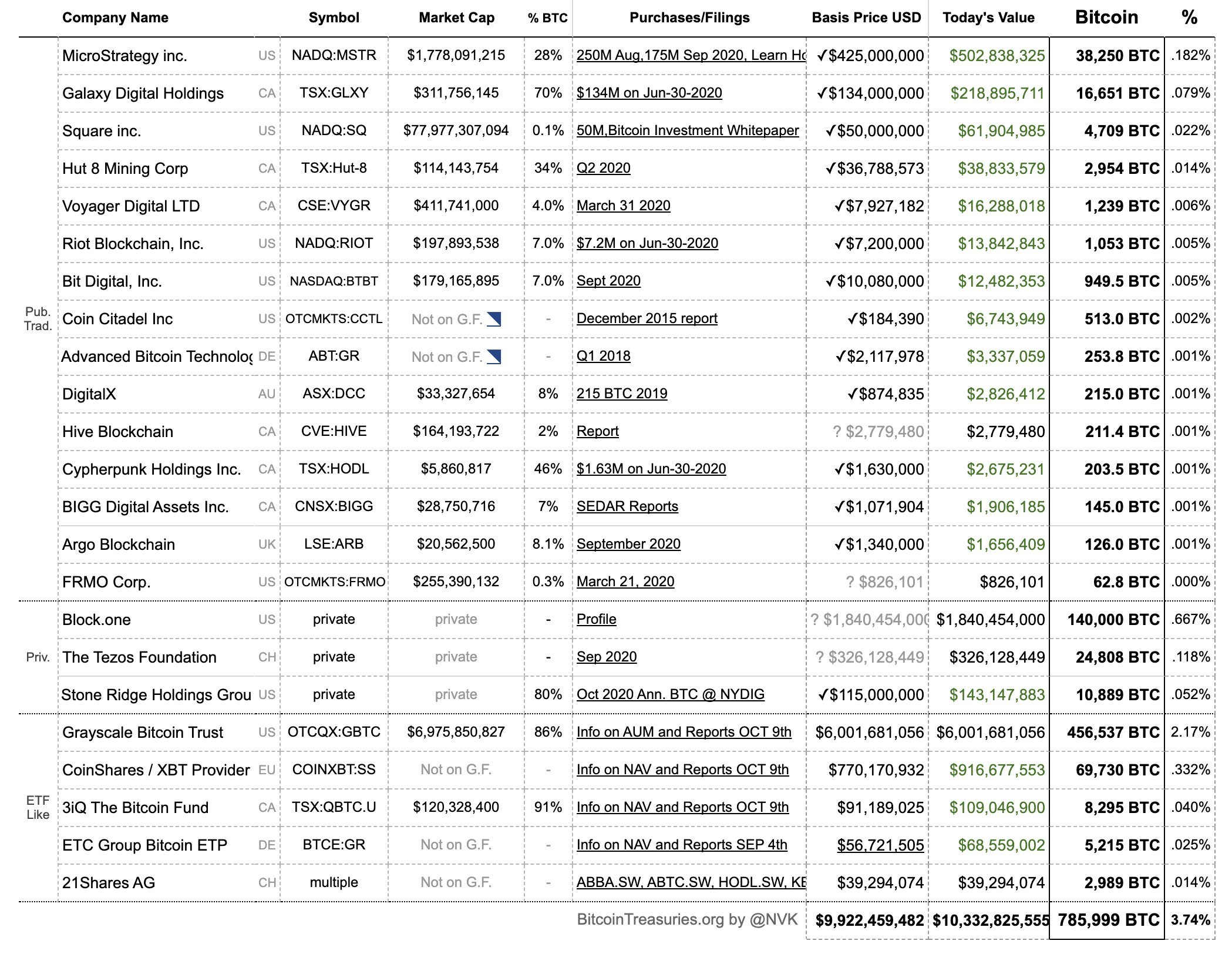 Last week I reported that there was roughly $6 billion invested by publicly traded companies in bitcoin.

In roughly a week's time the total dollar amount invested has climbed significanly higher than $6 billion.

Though, the price of bitcoin is also up significantly in the last week as well, so there is that.

Irregardless, new money continues to flow into bitcoin from publicily traded companies around the world with the current totals now worth more than $10 billion...

Which is close to double the amount invested we saw a little over a week ago.

Like I mentioned in a previous post, I never expected publicly traded companies to be buyers of bitcoin.

It was something I just didn't really consider, though now it makes a ton of sense for them to do so.

When you combine that amount of money currently sitting on publicly traded corporate balance sheets, which is said be north of $7 trillion, with the massive stimulus plan that is coming down the pipeline eventually combined with continued debasement of the dollar as well as the past post halving trends and we have everything we need for a massive explosion in the price of bitcoin.

Add up everything bitcoin has going for it right now, and I am finding it hard to believe bitcoin doesn't make new highs next year (or end of this year) and possibly blow those old highs out of the water.