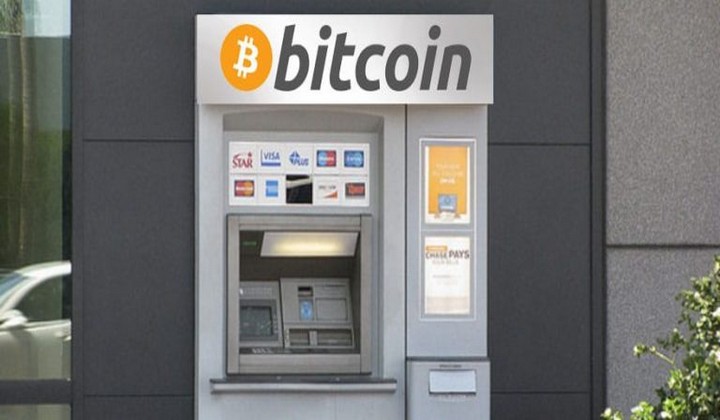 The number of bitcoin ATMs globally has now gone over the 6k mark for the first time ever.

According to data seen here:

This is an interesting development for bitcoin adoption, especially since a year ago at this time there were roughly 3,900 bitcoin ATMs world wide.

Cool, why does this matter?

The rate of growth is what is most interesting to me.

Which means over a hundred have been added in the past few weeks alone.

And a year ago today, there were roughly half the number that exist today.

Why is this rapid expansion happening?

This rapid expansion is mostly happening in the US and it appears to be partly from a nifty software upgrade.

That is a very big development.

More info about this can be seen here:

Overall, this is good news.

My experience with bitcoin ATMs a few years ago was not a good one.

The ATMs had extremely high fees, something that I am not sure has really changed all that much, though they didn't have KYC back then.

At the time I went to use one the total fees I was going to end up paying were somewhere between 20-30%.

Which made the whole thing a non starter as far as I was concerned.

Now, many of the bitcoin ATMs have KYC implemented and if they don't, they soon will.

Either way, turning tradition ATMs into bitcoin ATMs is a major development!

It would be pretty neat if every atm was upgraded to a bitcoin atm as well.

Have you used one before?

many times in EU

We had 1 BTC ATM in SA and I don't think it lasted very long. I'm glad to see these being rolled out. What could be awesome if there was a site or app that tells you where the BTC machines and we could integrate it to wallets so people could exchange to cash when needed

There might already be something like this actually. I know they pop up when I do a google search for em. :)

It is very interesting to now the growing number of bitcoin ATMs and the growth rate! Ofcourse this is just the start, but the fact that traditinal ATMs can be upgraded with minor effort to a bitcoin ATM is the real Game-Changer i feel!
Excited and will be travelling to Europe in March 2020 - and hope to see/use a few BTC ATMs on the trip(provided the fee's aren't too high). Also the excitement because i am from India, and to see a bitcoin ATM will actually be a big deal for me!

That is interesting. Good luck!

A step forward for mass adoption

Yep, I think so too.

The only KYC they have in Canada is you have to have a phone number, which can be faked, I can get a text to a fake number. That's for buying crypto anyway, not sure about selling it. In these days of crooked exchanges I kind of want to get my coins and get the hell out as soon as possible, ATM's are immediate at least

Yep, though the fees are often pretty ridiculous.

KYC is the curse of modern society... It all started when they decided to phase out cash... Then they required KYC to use even smaller amounts of cash... After that they started requiring KYC also for cryptocurrencies, credit card payments and wire transfers made using online banking.

How else would they catch the bad guys? :)

The bad guys are always two steps ahead... They just can't catch them even if they try...

Good news for all crypto lovers. Thanks for this post.

Imagine an ATM with live access to a DEX or basically a fusion between a DEX and an ATM.

That would be interesting. As long as there was liquidity! (and low fees of course)