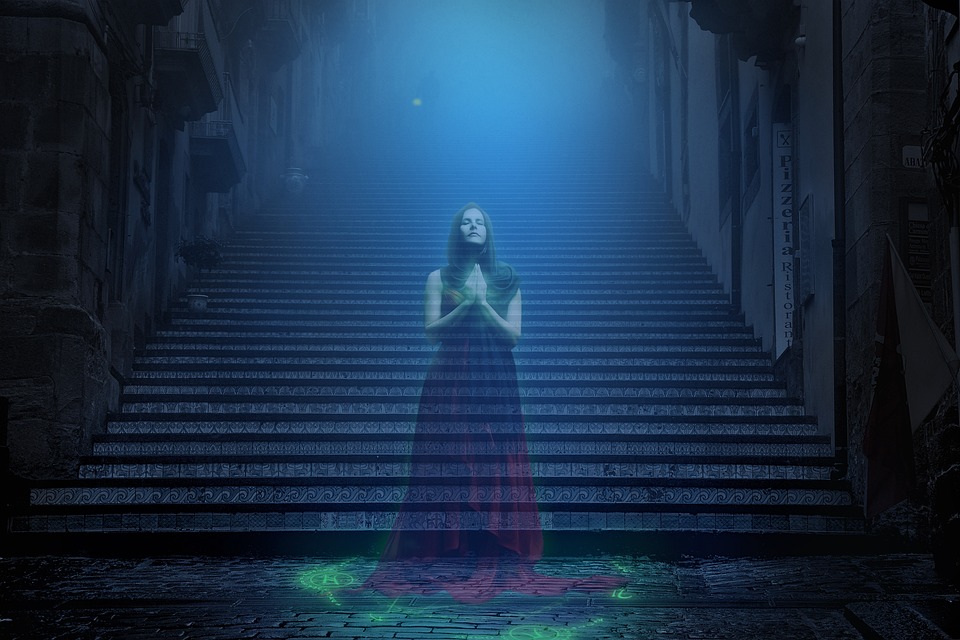 The scream wakes her up.

She is still confused, as her brain cannot discern whether it was real or part of a nightmare.
The night is dark, she is alone in the house, as her parents are travelling.
A cold wind moves the curtains.
A new shriek bursts into the air.
As if driven by a spring it jumps out of bed and closes the window.
Turn on the room light.
His heart is a runaway wagon.
The minutes pass and silence reigns again.
Look at the flashing clock on his electric alarm clock.
It's two in the morning.
He has barely slept an hour, since he finished watching the horror movie on TV just an hour and a half ago.
Think.
She's the only one who sees that kind of gender on her own.
As the minutes go by, he calms down and his brain seems to pick up on the logic.
“Maybe it was some wolf”
“But there are no such animals in the city," you answer mentally.
The sound of a water faucet being turned on puts her on alert again.
The kitchen is near his room, and it seems to be the dishwasher.
She wears a bathrobe, because when she is alone she likes to sleep naked.
She opens the door and goes into the kitchen where the sound of water can be heard.
Turn on the light and everything is normal.
The dishwasher faucet is turned off but the sound continues.
She is paralyzed by the unusual event, like the car that has suddenly run out of gas.
Then the roar of a plate shattering on the floor assaults her ears and terror takes hold of her.
He runs to the door to go out to the street but it is locked, and it is in his room, it is a protective measure that now seems banal to him.
A new scream is the catalyst that drives her to run to her room.
You feel steps following you, so when you arrive at your destination you pass the door lock.
She's fearful, terrified.
With hands of jelly he takes the cell phone to call but it indicates that he has no network.
She turns on the TV so she doesn't feel so alone and after a few minutes the electricity runs out of the house.
Look at the street and see that there has been a general blackout in the area.

Tears are already running down his face.

She doesn't know what to do.
A police siren is heard in the street and she tries to get out the window but it doesn't open.
-What do you want? -she cries out in despair.
This is the first time in his almost twenty years that something similar has happened to him, and his house has always been safe, both for real and disembodied intruders, until today.
Take a deep breath.
Repeat the action several times, just as you read that someone who thinks they're having a heart attack should do.
Half an hour later, the noise of the television when it is turned on, with the arrival of electricity, startles it.
Everything's quiet again.
-Aliciaaaaa...
You hear someone shouting his name.
-Noooooo -she cries again.
She's sure to recognize the voice of her friend Clara, who died in a car accident a year ago.
Several text and wasap messages reach him on his cell phone, so he realizes that the network is back too.
She calls her boyfriend.
He waits for several minutes until a drowsy voice asks him.
-What happens?
With a choppy voice she answers him.
-Come and get me.
The network again takes a vacation and does not allow you to give any more explanations.
He dresses in a hurry.
In an instant of clarity, in the midst of fear, he remembers his friend Clara, and the absurd accident where she died and also what preceded it.
Days before both had gone to a circus that visited the city and in the same one a gypsy offered to read the cards of the Tarot to those who wished it to reveal them the future.

Like bears trapped by honey, curiosity overcame them and they entered the tent where a mysterious-looking woman, dressed in a long striped dress, a headdress with ribbons crisscrossed in her hair and black slippers, welcomed them and asked.

-¿They want me to read them the Tarot cards or the crystal ball?
Both, young and rebellious, did not believe in trickery or superstition, so they were left with no choice and Clara responded.
-The letters.
The guessing session lasted almost an hour and they found it comical, from which they came out laughing and making fun of the woman's prophecies, even the one that predicted that they would both die young.
This never came to mind for her, even after her friend's death, but now the situation exacerbates the gypsy's words.
-¿It will be death that seeks her out?
He leaves the room, carrying the keys to the door.
She'll wait for her boyfriend outside.
A few steps away again the sound of water, this time in the shower, reaches your ear.
He ignores it and with the walk of someone who suffers from Parkinson's he arrives at the front door and opens it at the precise moment when the sound of breaking dishes, preceded by the sound of dragging chains, bursts into the space of the house
She manages to reach the street, walks a few steps down the road and, like a prostitute defying the night, lies down on a power pole, waiting for her boyfriend to save her from the horror she has experienced in the last hour.
The screeching of the brakes of a speeding car, surely intoxicated by alcohol, startles her and with horror and without being able to escape she sees how the car without control approaches her vertiginously and in seconds crashes into the pole, taking her life.
A few meters away, from his vehicle, the horrified boyfriend contemplates the accident.

Congratulations, your post has been manually curated by @r2cornell. I can also be found on our hive community: (https://beta.steemit.com/trending/hive-152200) & (https://peakd.com/c/hive-152200/created) as well as on my Discord Server located at: https://discord.gg/EjQxYgq 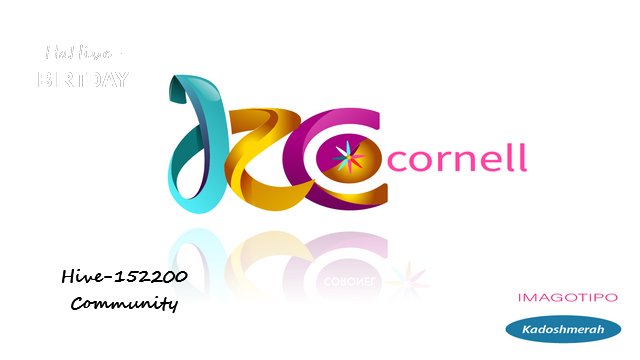