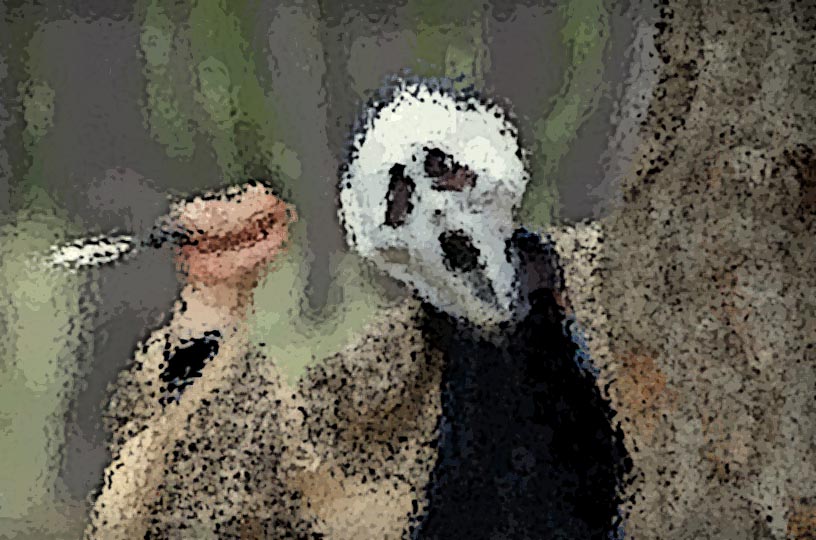 Digital art by @joseph1956 from an image taken from Pixabay

The costume party in the village was a traditional event held in the forest and lasted throughout the day and until midnight on the last day of July.
According to the grandparents it was an inheritance of the ancestors who celebrated that date as the arrival of the spirits, transformed into humans to the earth.
That's why the imagination at the time of creation made the costumes from comic to macabre.
There was something important, no one should know the identity of the disguised, so most abstained from speaking, unless they could falsify their voice.
It was an event where they shared dance, food, competitions, occurrences and when the clock struck midnight the most original costume was chosen and the winner was rewarded with an amount of money donated by the largest logging company in the region.
That year was going to have an unexpected protagonist, a stranger with a ghost mask and dark clothes that with a knife in his hand, secretly killed ten people and disappeared as if by magic, so many commented that he had been an evil spirit and avenger transformed into a human.