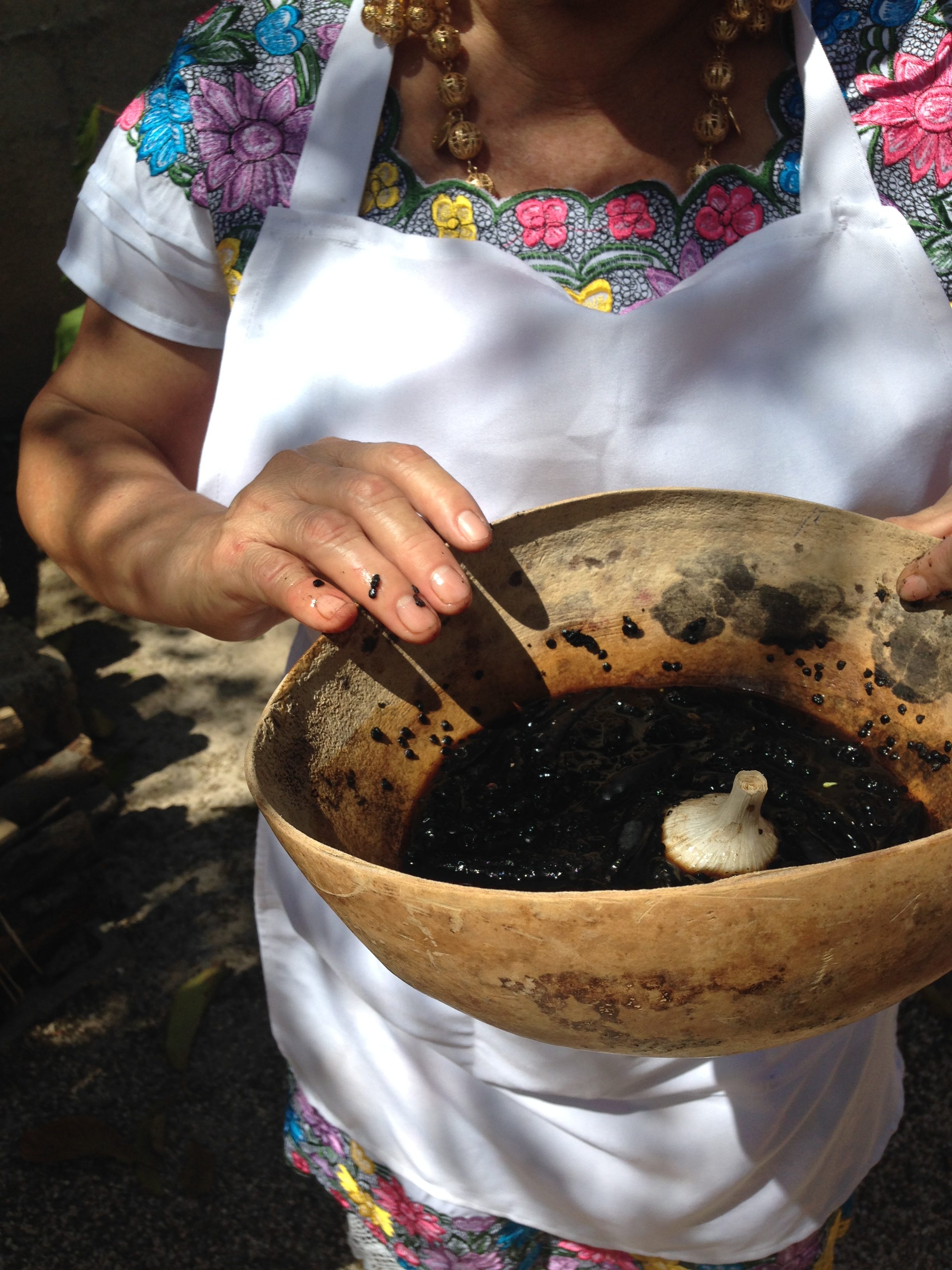 In addition to the cochinita pibil and the lime soup, the black stuffing - a stew made from dried burned chiles and turkeys, one of the most representative dishes of Yucatecan cuisine.

This delicacy represents the gastronomic heritage of the Maya and the Spanish additions with two protagonists: the black message and the "but" or the ground turkey meat balls.

In pre-Hispanic times, black avocado was prepared with dried red chili peppers that were ground to form a paste that was then diluted to make a kind of mole not so thick with which the meat of the prey they hunted was covered. During the conquest, the recipe was prepared with pork and chicken from Castile, but now it is customary with turkey.

There is no better way to learn how to prepare a black stuffing than by traditional Mayan cooks. Izamal, magical town of Yucatan, is home to Kinich, one of the most important traditional Yucatecan cuisine restaurants in the state. This spacious and cozy restaurant was the home of its owner, Miriam Azcorra, whose grandmother was responsible for the exquisite recipes that are now in the hands of the traditional cooks of this restaurant.

The Kinich cooks explain that the traditional technique for cooking the black stuffing is done underground with the objective that the smoke flavor is impregnated well. A hole of about 40 centimeters deep is dug, wood or coal is added and as soon as the embers begin to burn stones are placed and, on top of them, a pot with the stew. Then cover with soil until the meat is cooked and ready.

To prepare black message the country or paisita peppers, dried, are burned until they are completely black. Then they are ground with spices - among them pepper, clove and cumin -, roasted garlic and roasted onions to form a paste, which then slipped with water. You can also buy ready-made pasta in any market and cook everything on the stove.