The study found that music is as effective as personal trainers in improving weightlifting skills. 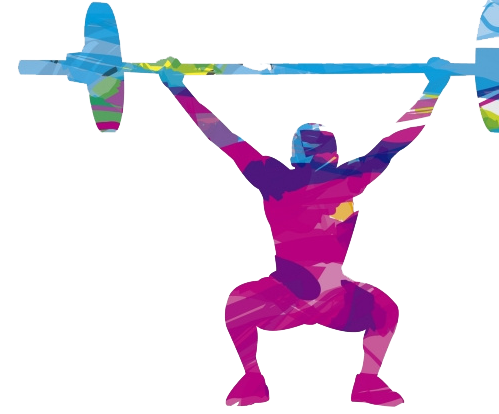 A new study finds that a music-based technology can improve the skills of centered athletes, just as effective as a personal trainer.

Hard lifting is a sport that is often used to increase muscle strength around the knee, but it can be a high risk of injury if not handled properly.

In particular, weightlifters may make mistakes in two major technical aspects: incorrect spine alignment, and the position and movement of the barbell, both of which put too much pressure on the lower back.

Participants in the study ranged in age from 20 to 42 years old. They were divided into two groups and were asked to perform 10 hard repetitions.

Both groups of participants wore 22 sensors to monitor the curvature of their spine and the distance between the barbell and the foot sensor.

One group received verbal feedback from the teacher, while the other group listened to a music instruction system designed by researchers at Ghent University in Belgium.

The music coaching system uses music quality as a reward, so if they perform the action correctly, they will get better sound quality and vice versa.

The researchers found that both types of feedback gave similar improvements, and participants reported similar clarity and enjoyment.

These studies suggest that music-based biofeedback may be a useful tool, especially in the absence of coaching.

Current research indicates that these systems are a valuable addition to existing training methods and that more versions can be developed for rehabilitation and medical applications.