Cerberus Capital - Why Would You Name A Business After The Hound Of Hades? An Ancient Name To Hint At Conspiracy? 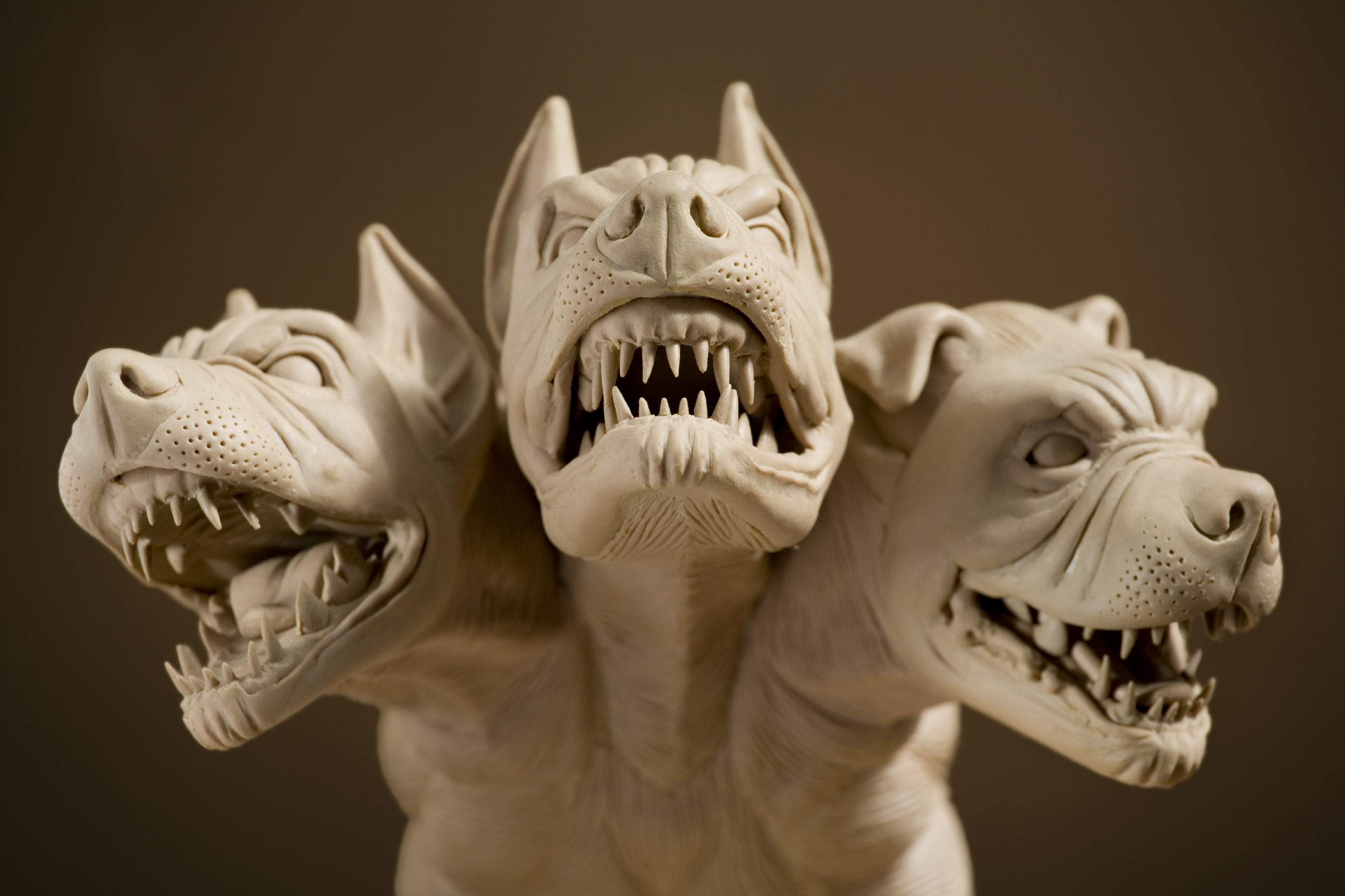 Cerberus was the hound of Hades in Greek mythology. Why would you name your business after this scary beast? The name stands out for its incredible oddness but perhaps an analysis of what kind of work this company undertakes and the owners may shed some light on this dark mythological name?

Cerberus - The Hound Of Hades

Cerberus in Greek mythology was a three-headed hound who guarded the gates of the underworld. His job was to prevent the soles trapped in the underworld from leaving. Apart from having three slavering heads his tail was said to be a serpent and he had serpents protruding from various parts of his body. A scary supernatural hound that is for sure.

Cerberus was the offspring of the monsters Echidna and Typon had a part to play in the 12 labors of Hercules by capturing him.

Any business using the name of Cerberus in their name is sending a clear message to the marketplace who are educated enough to see the signs. What are they trying to say? The public records state that the founder regretted the name of the business but they have never undertaken a renaming or rebranding so he obviously didn't regret it that much!

Cerberus Capital Management - Who Are They?

Cerberus Capital Management came to my attention when I was researching the PNAC signatories and I noticed that Dan Quayle was the Chairman of Global Investments. Any company employing a PNAC member is tainted by corruption and conspiracy in my opinion and I have written posts about this in the past.

Cerberus Capital Management was founded by Steve Feinberg and William L. Richter the year before the PNAC document was signed which is extremely interesting timing. Their main business is specializing in distressed investing. This essentially means assisting the financing of companies who have come into financial trouble. This means a significant amount of risk yet Cerberus Capital has made lots of money with currently $50 billion under management!

A Conspiracy Is Just Two People Colluding Together!

The timing for Cerberus Capital is perfect. The PNAC document to which Dan Quayle was a signatory was created was being created at the time that Cerberus Capital was formed. It seems to me that the group of PNAC signatories were in on the conspiracy that was 9/11. After all they were calling for all the military action that happened after 9/11, were a bunch of very well connected individuals and couldn't see their goals being achieved without "a new pearl harbor".

After 9/11 many large companies in the US were in financial trouble and would certainly have been fair game for Cerberus Capital. Large companies which represented less risk were in need of financing after 9/11. I wonder if this was how Cerberus Capital were able to build such a big business? Certainly the timing was correct spot on.

I don't have the answers to my own questions and may never have. However there is a lot of good timing that surely benefited Cerberus Capital.

Thank you so much for that information mate. I didn't do as much research on this post as I would have liked but then people like you in the crypto community are always so helpful in in sharing knowledge! 😃

The timeline you posted says it all. Fascinating! 🎆 Any honorable company wouldn't touch DynCorp with a barge pole. It is a clear indicator of who is really running Cerberus. Yuck!

I only recently saw Cerberus Capital in my PNAC research and knowing the Greek Mythologies the name jumped out at me. It is strange that in all my years I have never heard of a child being taught those amazing stories from the past in any school. If I had not been intrigued enough to have read them as a child I would not have recognized the significance of the name. This omission is glaring! I also suspect that you may have read these texts because they are important. Important enough to name your multi billion dollar company after! 🤔

As usual I always appreciate your support and your comments are so valuable in my journey of education. Thank you very much!

Lots of love atchya from a hot and steemy SE Asia! 🥳 🌴🥥

If you put "palnet" as a tag on your posts I could flee this place and only check my Palnet feed!

I have very few remaining friends still posting on Steemit, but I still keep having these random hopes that the good old days could somehow be revived.

So I am now watching Palnet with interest - OK its probably another scam and could rapidly turn to shit, but call me the eternal optimist :) - it does have some good bits at this point. A lot less bots, less whales, and no "featured posts" for starters.

At this point the quality of the posts on my feed is certainly better, but who knows how long that will last for - dickheads can quickly learn to put "palnet" tags on their posts too.

But it's the best alternative to Steemit I've seen so far, so I'm trying to get all my Steemit friends to tag their posts with palnet.

Here is my quick overview on all this PALNET stuff - on both platforms:

Ok great - I love it! Send me more links to new platforms! I'm joining up now! It's always lovely to see a comment from you buddy! Love from a sweaty SE Asia. 😀

No sweating in these parts - I took this photo last week (I was very well dressed and not sweating!):

Hahahaha.... verrrrry funny! Photo Fantastico!!! I've heard it's cold in the great southern lands! You shiver and stay rugged up. I am going to keep sweating and eating super spicy food! See you on the other channels soooooon! =)

Hades is the Greek God of the Underworld and Earthly Riches, in Egypt he was known as Anubis and is symbolized by the planet Pluto!