textiles for other galaxies 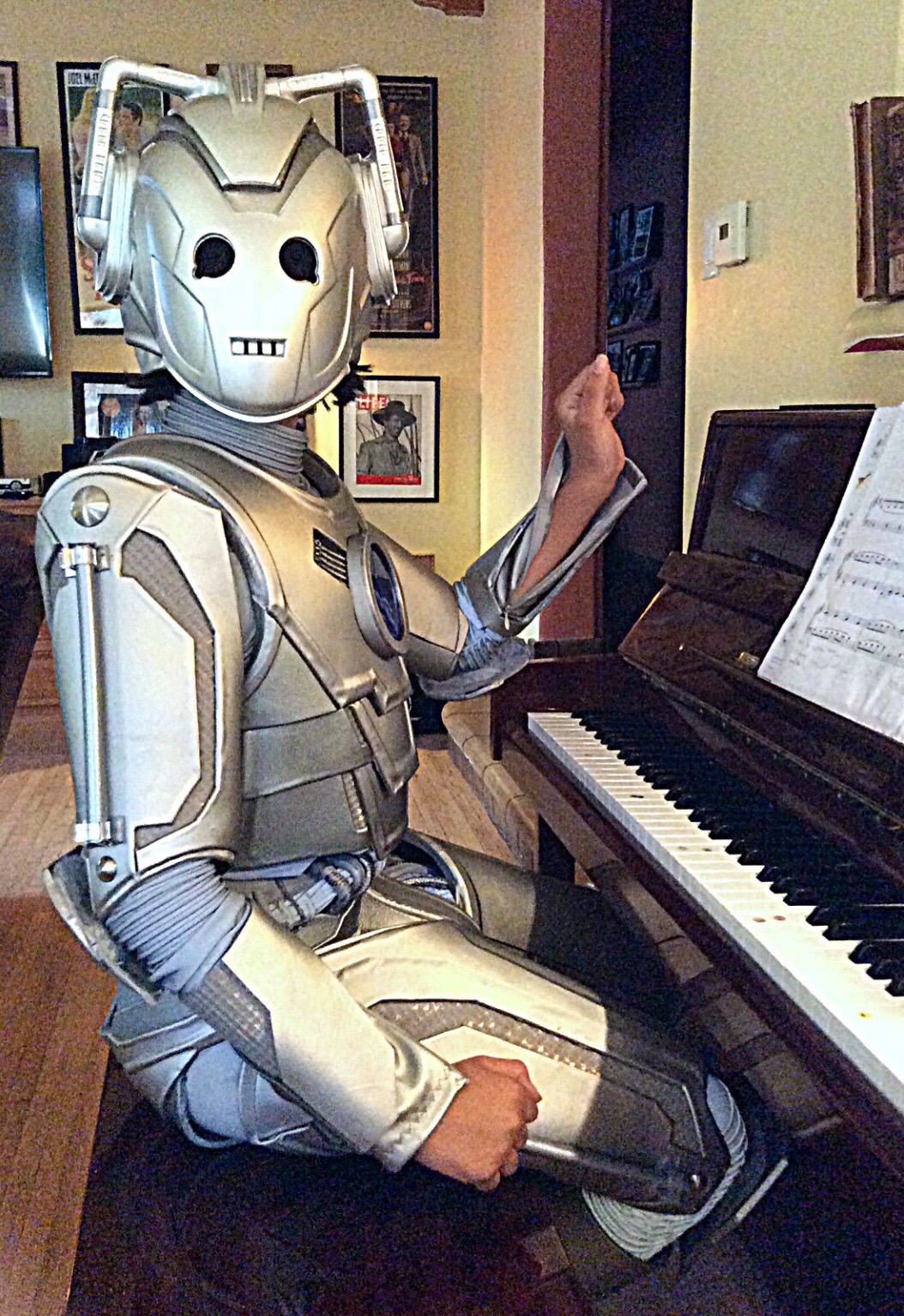 I ended my comic con day three to meet the person who built my student’s Halloween costume.

The most energetic panel I attended was the last one of the day. Led by those that build the costumes for the movies we love. It was held in a classroom setting and I took a desk front and center. I was probably surrounded by crafty cosplay people whereas my best sewing skill is sewing a button back after it falls.

I tried to make clothes for my toys when I was little. My mom wouldn’t buy a stitch for my dolls. It was hard enough clothing her own children. She made most of my clothes while growing up on her sewing machine but only left me with thread and needle. I was not stellar at it but at least my dolls weren’t naked. The sewing machine was for grown ups. Had I attended a panel such as this, I would’ve been given rocket fuel and been inspired to figure out how to graduate to a sewing machine even if I couldn’t reach the pedal. I would’ve dressed my toys in style as well as all my friends’ toys.
Maybe even aspire to design costumes for film and television.... The kid in me would’ve added costume designer to the when-I-grow-up list along with astronaut and architect. I also had astrophysicist, anthropologist, and astronomer on the list. Five year old JNET was influenced by the letter A and her encyclopedia. Attending a panel like this would’ve changed everything. I introduced myself to my student’s mom’s friend and shared the photo I took during his piano lesson.

She was lovely and her team that she worked with were an enthusiastic bunch. They shared that a typical work day always had them on their toes to improvise. Many times they were under adrenaline rushing time constraints. Being at the convention was their relaxing time. If you like deadlines, being challenged creatively daily, ly, and can be tirelend enthusiastic working with materials that sometimes had you wearing gear to protect yourself from fumes; building costumes is for you.
They passed boards of swatcswatches and examples of their work. They s how out of the world ideas came to become costumes. I was able to touch the materials as stories were sharedhared.

Looky looky! I got to see and learn how a superhero gets clothed. It’s quite a process that you have to love it to survive. I was present to their enthusiasm for their work and their team. My student’s Halloween costume was made in the midst of her demanding projects and yet she pursued it with joy. She LOVES what she does. I was inspired. I left with this parting gift.

I think I might learn how to sew beyond buttons someday.
J
Posted using Partiko iOS