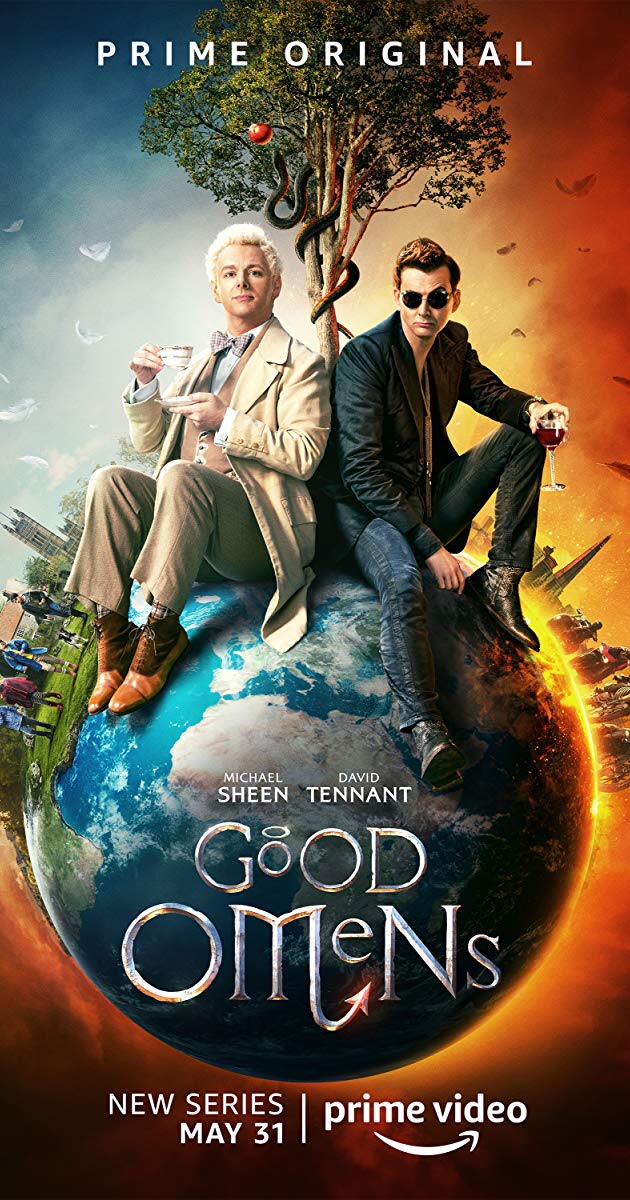 The most endearing friendship I’ve watched in a long time happens between an angel and a demon. I’m loving Good Omens. It feels like visiting old friends. I can watch it multiple times and feel charmed all over again.

I’ve been waiting all year to see Good Omens after listening to Neil Gaiman himself share his project at San Diego Comic Con last summer. He has a whimsical and kind personality. Dark yet good, like his character, Crawley. After watching the Neil Gaiman documentary, Dream Dangerously, I have been especially in awe of him and his work. He’s up there on my admiration list of creative people I’m glad are on this planet.

Listening to him and how others feel about him, he is a consummate good friend, generous, and genuine. He’s not one to get sour or ill-tempered. He will ice his hands so that he can continue signing books with his favorite fountain pen. And when said favorite pen gets lodged into a crevice of his cast iron stove by his three year old, being forever irretrievable; he will say that the favorite fountain pen was simply sacrificed to the house gods. Neil Gaiman is good like that. And Good Omens was written between two friends; Terry Pratchett and Neil Gaiman. It’s a beautiful work between them. It was Terry Pratchett’s dying wish that Good Omens be made into a film. Neil Gaiman made the film in honor of his late friend.

Good Omens is a story about friendship spanning six thousand years between the unlikely pair of an angel and a demon. They are an unlikely pair to us that like to think it’s easy to separate good and bad. It gave me a lot to think about. Why are there sides? Crowley is not just a demon; he’s a fallen angel and forgiveness is not available to him. And Aziraphale, though an angel who commits miracles, is not so sure if they are always good. Life is complicated between these two but they care to be a witness to one another’s life and that shared good will makes their world less lonely and more interesting as they do their duties of miracles and temptations.

Some say the demon and angel are having a romantic love affair, calling the pair Crowley and Aziraphale, Ineffable Husbands. Why why why do people have to slant things that way? Aziraphale makes statements that says they are obviously platonic pals. There is nothing clandestine going on except for sharing and mixing up their respective missions to save on paperwork.

This is friendship, having one another’s back and being loyal despite the differences. They know they have their separate lives and experiences. They are on opposing teams; on separate parties. Despite their divine roots, their time on earth has made them native. They’ve fallen in love with the world and their friendship rallies to save and celebrate that common bond.

Watch Good Omens. You will be delighted too.