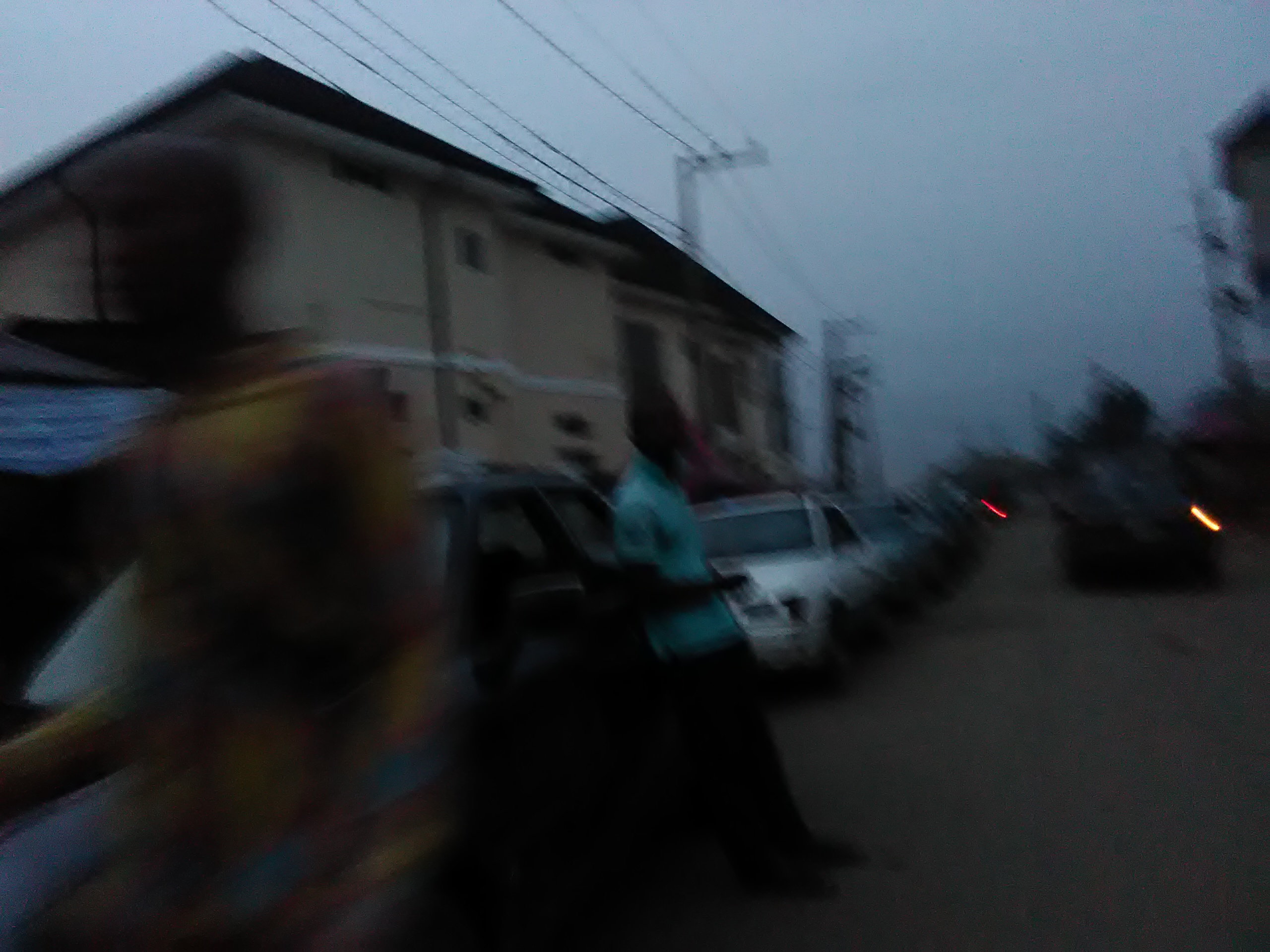 Hello steemians and diarists, this is my 65th diary entry for season 3.

I planned to move out early this morning in order to pick up some stuff I had previously forgotten at our denominational state HQ. I planned early movement for two reasons firstly, I wanted to see if I could catch up with someone before he left the church premises that morning, and secondly, I thought transport would be cheaper early in the morning.

I woke up around 6:00 am WAT and quickly got dressed. I went out to the bus park hoping to catch a cheap morning bus. While rushing out, I took a few pictures but there weren't as sharp as they would have been if I wasn't rushing.

Rushing out early in the morning to catch a cheap bus

Though early, I couldn't get a cheap bus. The prices were the same as in normal daytime. I boarded a bus, however, en route to my destination.

After our meeting, I helped to do some errands around the premises, some 'lifting' jobs. When I was done, I returned home.

On my way home that morning, I stopped at Mile 3 motor park. There was a market there and I need to buy some for cooking. At this market, some items like tomatoes, are far cheaper than one can get on the streets. Street traders probably come here to buy before returning to the streets to resell.

The market at Mile 3 motor park

In this market, I purchased tomatoes, crayfish, onions, and fresh pepper. The lady I purchased tomatoes from cheated me. She gave me an amount less than my original balance. Unfortunately, I didn't realize this until I had left the market and boarded a bus going home.

Rather than come down from the bus going to look for the lady, thereby risking losing some other items, because it's a very rowdy market, I decided to let it go.

When I got back home, I also went to a nearby market to buy some other things which I didn't buy at Mile 3 market. I bought fluted pumpkin leaves popularly called 'Ugwu' in Southern Nigeria. I also bought assorted meats which consisted of cow's intestine and tripe (popularly called 'towel' in my area).

Buying fluted pumpkin leaves at a nearby market (Ozuoba market)

Buying cow's intestine and tripe at a nearby market (Ozuoba market)

After making the purchases, I came back home. It was about noon by this time. I had earlier in the morning asked for someone's mobile phone number from my pastor. The person in question is a Prof, whom I needed to pass a message across to and I needed to call him to book an appointment. I did that, and he asked me to call him again between 8:30 pm - 9:00 pm WAT.

I prepared a very sumptuous dish with all the ingredients I bought from the market. It was really delicious. I prepared vegetable sauce, boiled rice, and fried plantain. Of course, after preparing the meal, I had my brunch.

All the items I bought

Buying cow's intestine and tripe at a nearby market (Ozuoba market)

Later in the evening, I call the Prof and booked an appointment for tomorrow, between 8:00 am - 8:30 am WAT. I also went to see part of a football match, an English premier league fixture, involving Chelsea F.C and Leicester City F.C.

Although the football match didn't end as I wanted it to, my day ended just as I would have loved - with a good night's rest.

That was my day friends, thanks for reading.

All pictures used in this post are mine and were taken by me, no citations required.