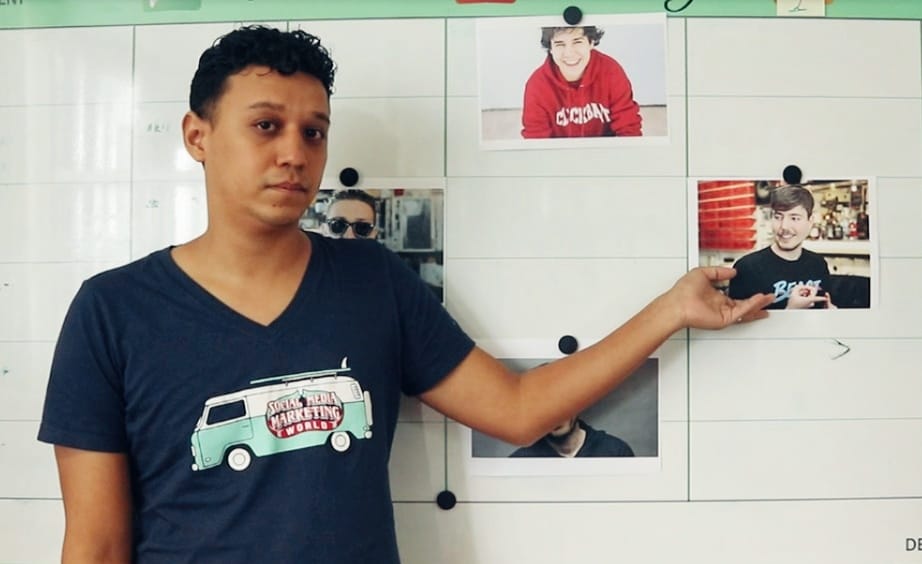 Let's talk about running out of Steem. Just kidding and yes, pun intended.

But yesterday was just too intense. In the end, there were over 25 different tasks listed, which just can't be done in a workday. Usually, I do get away with a little work at night, but like I wrote yesterday in my update, it felt more like falling asleep behind the screen than actually writing a daily post. So, without further ado, let's talk about the four main highlights of my Monday.

First of, I had to personally contact all our Social Media Influencers for one of our biggest campaigns we have going currently. I usually don't get involved in the day to day operations, but had to fill in for a colleague who is on leave and yes, in the end, I'm still responsible if any client gives a sign that more or better communication is necessary. In the end, it worked out fine and everyone was satisfied. Personally for me it was great as well as I consider some of the influencers as my friends and they hadn't heard from me in awhile, which did make me feel a little guilty.

We had our weekly Ineffable meeting and now also the weekly Social Media Conference Suriname meeting, which @ruthconstant has under complete control and has taken the leading role. It is always fun to see how the approach changes when the lead changes within a group. I learn a lot from it, because I finally get to observe alternative ways to approach and deal with tasks that I have always done in a certain way, without even considering other options.

I also had a meeting about the new cohort of the Social Media Professional course at The Back Lot Academy. We basically aligned the whole program with the available resources, especially the guest lecturers we have in mind to teach the students on skills that we feel we haven't completely mastered. As it is a very practical course, it just makes the most sense to have a lecturer whose actually an expert in a certain topic instead of me just teaching basic theory.

The rest of the day was one big blur with so many tasks from arranging paperwork to promoting a Social Media training session to posting on my Social Media channels to promote my YouTube channel (considering going from 1 video per week to 2 videos a week in February).

This week, another episode of 'How to go viral' will go live. Like I previously mentioned, it is mainly in Dutch, because my YouTube audience is mainly Surinamese and on video Dutch just comes across as more authentic. Steem, Instagram, Facebook and LinkedIn are however mainly in English.

As a joke, I asked my friends on Facebook what style I should go for in 2020:

A) David Dobrik
B) Casey Neistat
C) Gary Vaynerchuk
D) Mr Beast
So that's also today's question on Steem. Which one (style) do you think would suit me the most?

Today’s #2020Vision nomination:
@ruthconstant
Especially if you want to pick up blogging again ;)

The #2020Vision Diary is a challenge as part of @pixiepost’s #2020Vision project.
Read more about it here.

My personal twist:
For me the main focus will be on posting 4 things I did every day instead of 4 creative pushups.

Well, the only one I am familiar with in that list is Gary & that would be epic to hear you to talk like him!😹🤣 I feel you have the same sincerity & drive like he does but not sure about the colorful language LOLOL. Anyways, I prefer you to be YOU! Bring your own style to the videos. I do that in mine, even though there are a lot of spiritual channels on YouTube. I prefer to bring my own authenticity to the screen. But I am sure you already knew this ...😉

I hope your day is productive, but a little less chaotic. Thank you for continuing to #pushon in the #2020Vision challenge. Lots more great stuff coming up!🧚‍♀️🙌🦄💜🌱☕️

This is Awesome Content, and it will be manually curated with an upvote of 65% from @thisisawesome (will be done today), and it will also be included in our Awesome Daily report in category Awesome 2020vision Curation for more visibility.

Yes. Gary is no longer just a cult hero, he's also a mainstream hero now :)
I don't have the same drive as he has, because my struggles and motivation were/are different from his. We do have the second generation entrepreneurship in common.

Casey Neistat is one of the best storytellers ever, you should check him out. The other two are for a much younger audience, but do give you an idea of the pinnacle of current YouTube stardom.

How funny...I am watching Gary right now. Yes he has a unique energy. I have his passion but in a different way. That's also important - we all have our own style! 🙌♥️

I will check out Casey out, for sure. I love a good story. 🙌😉