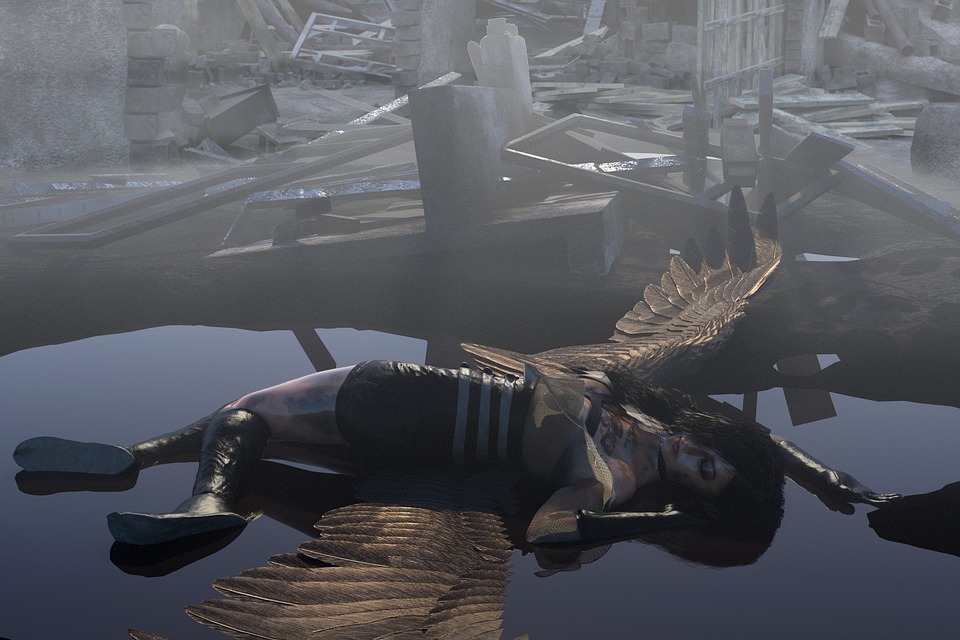 *Your fingers are buried in moist soil.
At last. You feel its texture. Its aroma.
From the top you could only imagine what it was like.
Now it is your reality.*

*You were a prisoner for centuries.
Under the yoke of a being that claimed to be superior.
Your master. Your guide. Your father.
It is no longer your reality.*

*Questions without answers were accumulating.
When you expressed your questions.
With evasive words you were cut off.*

*The others looked at you cautiously.
In a threat, they had marked you.
Now you would be watched and controlled.
Those who once praised you as a stranger now looked at you.*

*Your questions were bothersome and uncomfortable.
Some corners of you were vetoed
Those who once loved you with hatred now watched you.*

*A trap was orchestrated and before the lord you were transferred.
You had been locked up in a trial.
Blamed and judged by those friends.
Condemned. For all you were betrayed.*

*Your wings were cut off and before the darkness you were carried away.
Expelled from paradise to earth you went to give.
At last. You feel its texture. Its aroma of freedom.
A fallen angel is now your reality.*