Wow.......Amazing victory for the dodgers. 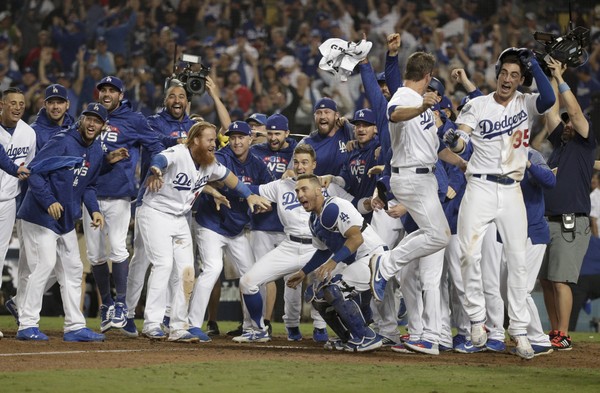 A cheerful room with the power to change the outcome of the game and embroider the sky at one moment is so attractive that it can open the viewer's heart wide.

The Los Angeles Dodgers launched a cannon offensive and avenged their loss the previous day. The Dodgers made a 7-2 comeback victory against the Philadelphia Phillies in an away game at Bank Park in Philadelphia, Pennsylvania.

The Dodgers led 2-0 with A.J. Pollock's sacrifice fly to right field in the first inning and julio urias one-run timely hit in the sixth. Urias had a chance to load the bases with one out in the sixth, and Brad Miller's push-out walk and Adam Halsey's pitcher groundout made it 2-2 balanced.

The Dodgers began to display the prowess of their cannon squad in the second half of the game. Following Max Muncy's right-handed hit in the seventh, David Freese's superior Touren Archie turned the tide 4-2. It was his ninth homer of the season since the game against the Chicago Cubs on April 14.

And the Dodgers widened the gap to 6-2, with Justin Turner's two-run homer in the eighth inning. The Dodgers hit a one-run timely hit by Enrique Hernandez in the ninth.