Manchester City Beaten Again!!! Are You Thinking What I am Thinking??? 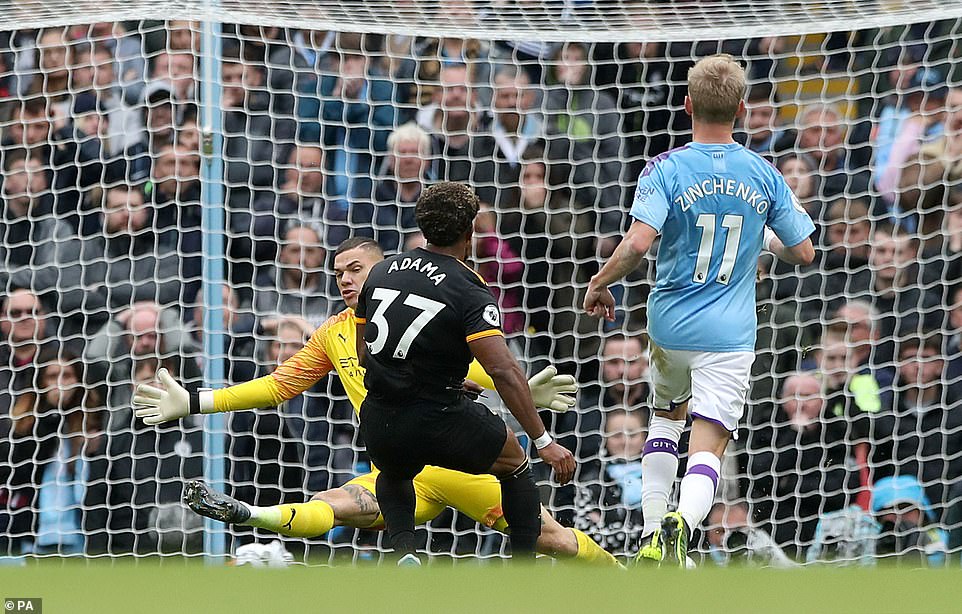 You all know that Manchester City has been a force in English football this last seasons, they are currently the defending champions!!

Let me put it more clearly, they have won the league for two consecutive seasons and they had started the season well until they lost to Norwich.

Manchester City have suffered another shocking defeat to Wolves with two late goals coming from the energetic Adama Traore.

It has to be noted that City were at home and this is really shocking to me and other football fans out here.

Manchester City is known as being ruthless and this result could mean they are gifting the trophy to Liverpool, anyway its still early !!

The stats showed that City were dominant but failed to come with a goal.

I am not really surprised that Wolves beat City, we all know how this Wolves team disturbs big teams in the premier league.

We cannot also deny the fact that this Traore guy is good, he is energetic and he always bring an impact to the game.
I do not even know why big teams cannot buy this guy hehehehe

I remember the effect of this guy on the Manchester United game where he brought attacking flair.
He did score in the 80 and 94th minute here condemning City to their second loss of the season.

Are You Thinking What I am Thinking??

I remember watching the Manchester City against Norwich game where City lost.
I saw Pep looking like a person out of ideas as Ole always is.

Does it also mean that other EPL teams how mastered the way Pep plays or ??

Could this be the season Liverpool win their first EPL???

Anyway we cannot come to conclusions this early, we all know how the EPL can be fascinating.

We could see Liverpool's 8 point lead reduced to zero hahahaha. If we were in December or January then we could gift Liverpool the trophy!!

So guys what do you think???

Its Liverpools to lose now . Christmas will be important