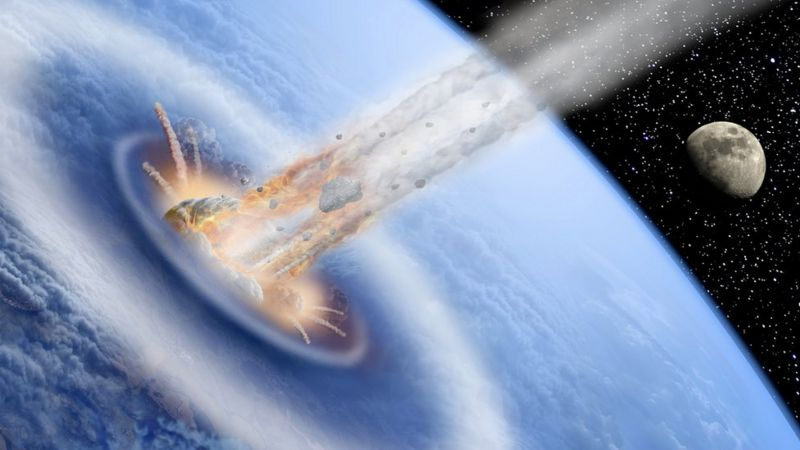 I was recently reading a number of publications related to studies conducted by Nasa, the Spaceguard Survey program and the Sagra-Granada Astronomical Observatory, among others; where I found information related to two asteroids that by 2021, will be passing close to Earth as well as other Potentially Hazardous ones in relation to their proximity to it in the coming years.

It is important to note that the announcements made around the occurrence of these events are based on studies conducted over many years, some of them decades of research with high-tech equipment and qualified and research-committed personnel.

Certainly every year hundreds of asteroids of different types are discovered as well as meteorites, among others.

However, for this publication I consider highlighting two asteroids whose importance is based on the rating of Potentially Hazardous, as well as their dimensions and distance of approach to Earth

It should be noted that size and speed are two of the most relevant data to consider in the study of the probabilities of the trajectory of these astral bodies.

This asteroid was discovered in March 2001, i.e. two decades ago, by the LINEAR (Lincoln Near-Earth Asteroid Research) program in the state of New Mexico.

On March 21, 2021 at 17:02 (Spanish mainland time) this asteroid approached Earth, at a speed of 123,876 km/h, and at a distance of approximately half a million kilometers, or less than double the distance from Earth to the Moon.

The information provided by NASA was that this asteroid reached between 440 and 680 meters, the size of which was compared to the height of the One World Trade Center skyscraper, the buildings that currently replace the Twin Towers of New York.

NASA estimates it will pass at a speed of 9 kilometers per second and at a distance of 3.4 million kilometers.

However, due to the characteristics of this asteroid astronomers follow very closely their movements.

It is important to note that thanks to technological advances in this field these studies and continuous follow-ups are carried out to all these astral bodies that continuously move in orbit and that can occasionally pose a threat to humanity.

According to the Planetary Society, it claims that a 1 km diameter asteroid poses a great threat to our planet in the face of a potential collision, without clutch according to studies conducted the probabilities of a crash is 1 in 50,000 every 100 years.

Finally, NASA and ESA announced that they are working together on the Hera Project, a strategy to avoid collision of asteroids with Earth, where planetary defense plans are structured whose main objective is the deviated from asteroid Dimorphos.

If you're looking for easy and fast way of converting STEEM to other major cryptocurrencies.

Greetings @janettyanez, certainly the universe is gigantic and every time new things are discovered, these of the asteroids and meteorites has always been an interesting topic, starting from that according to the era of the dinosaurs was extinct by a meteorite that fell on earth, although there are other opinions, but the theme is that it is always in the environment a possible collision of an asteroid with the earth, but I am sure that technology will help to avoid a possible catastrophe of this type.

Thank you for sharing this information.

Certainly @carlir, the technological advances that are used in this regard are very important, it is a way of safeguarding the security of our planet and ourselves.
Thank you for your visit and review.
Have a great day!
Regards.

I am not sure if the meteors can be intercepted but I do hope we won't go extinct like the dinosaurs according to science. Thanks for sharing this information

Well if one of these asteroids has been brought by our planet, I think we know that we are going to become extinct as it happened with the dinosaurs.

hello @janettyanez ,
in this century everything is possible, we are living a pandemic it is also possible that very soon humans will fly to the red planet not to mention that the speed of connection to the web makes possible driverless cars, all these things a few years ago were impossible but today they are a reality, so if all that was possible it is also possible that humans will face an asteroid in this century.