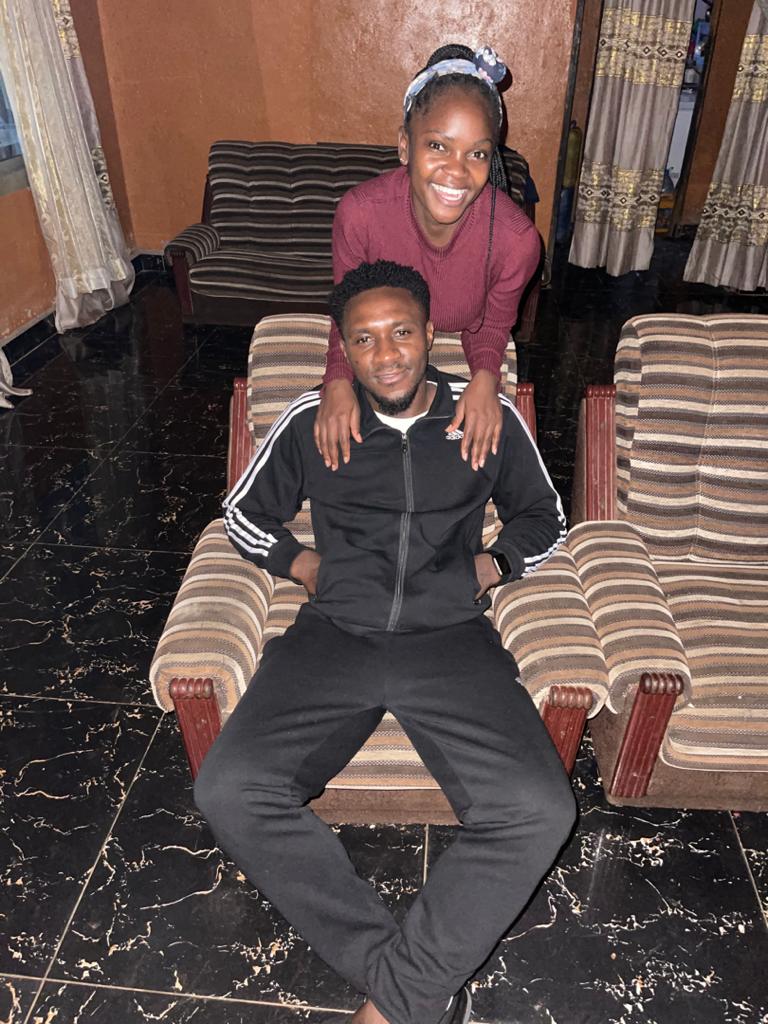 Hello people, hope we all are doing great and going about our daily activities smoothly. So I am really excited today to share my dairy with you all.
First of, my night was so short but exciting, guess what? my cousin who just came into the country and was arrested due to ID card issues finally succeeded in coming home. We were all so happy that we kept chatting for the most part of the night, he shared stories of how life abroad wasn’t all rosy when he got there but God being so kind changed his story and he is much stable now, the topics just kept coming in and surprisingly i didn’t even feel sleepy until very late at about 1:am.

With all the discussions i ended up sleeping very deep. My alarm rang at 4am which was the time i had set initially to wake up and prepare fish pie but as it was ringing, i switched it off quietly and went back to bed, i finally woke up at 5:am, i had to deliver at 7:am. As i woke up, first thing i did was to meditate briefly with one of my favorite songs titled “In Need of Grace”, after which i brushed my teeth and went into kitchen to prepare fish pie and before 7:am i was done, i didn’t waste time because i had prepared most of the ingredients during the discussions at night , i took a few pictures of it, had my bath and left to deliver at finance junction.
Fish pie

After i had delivered, i went to Nkwen market to greet my aunt who sells there, she was happy to see me , we had several discussions as she ate some pies i brought for her, she equally shared some with her neighbor who after eating booked an appointment with me to teach her how to do it. In the course of my visit, my aunt oiled my hair with one of the hair products she produces and sells. Later on, she entertained me with some bananas.
At my Aunt’s Shop

Aunt applying oil on my hair

I later on left her place and bought some things to prepare fried rice, I got home with the things by 12:pm and did the cooking which took me about two hours.
After that, it was time for me to prepare for ascension Virgil mass that was to begin by 5pm, i had my bath and dressed up and by 4:30pm, i was in church, we had rehearsals of the psalms and at exactly 5pm, mass started with my choir leading the singing. By 6:pm, mass was over and we carried our instruments from church to where we always keep them.
Choir outfit

Packing up our instruments

On my way home, i saw this popcorn that was so attractive so i bought some for my little man in the house

I got home by 6:30pm with the kids welcoming me with their usual shouts of my name “Aunty Jane, Aunty Jane” as they usually call, I answered and handed their popcorn, later on i noticed that they were fighting over it so i divided and each person was able to concentrate on his own .

My mum had been frying patched corn and groundnut during the day to send to my sister abroad so i assisted her in sealing them locally using a knife and candle.

As i was rounding up with the things, mum called everyone to assemble for prayers , after that i went into my room, chatted online with some friends on WhatsApp and also sent a list to my new student to guide her in buying the things she will need in order to learn how to make fish pie and meat pie.
That’s how my day was spent . Thanks for your patience in reading,
kind Regards!
Cc:@fombae
Cc:@saxopedia
Cc:@njiatanga
Cc:@thegreens

Meeeeerde indeed your day was full of excitement ooh..I love your Pies,it looks delicious 😍. again you are so hardwooking and commited my dear, continue with that spirit and God will always bless you

I must say u are a really hardworking person. After having a short night u were still able to carry out ur activities so well.
That fish pie is charming my dr,😋😋 i will love to have a test of that and most importantly I will love to learn how to do it
Thanks for sharing

Wow great write up Jane. The fish pie looks yummy and you look good in your church group wear.
You're invited to participate in a contest in the steem activity club.