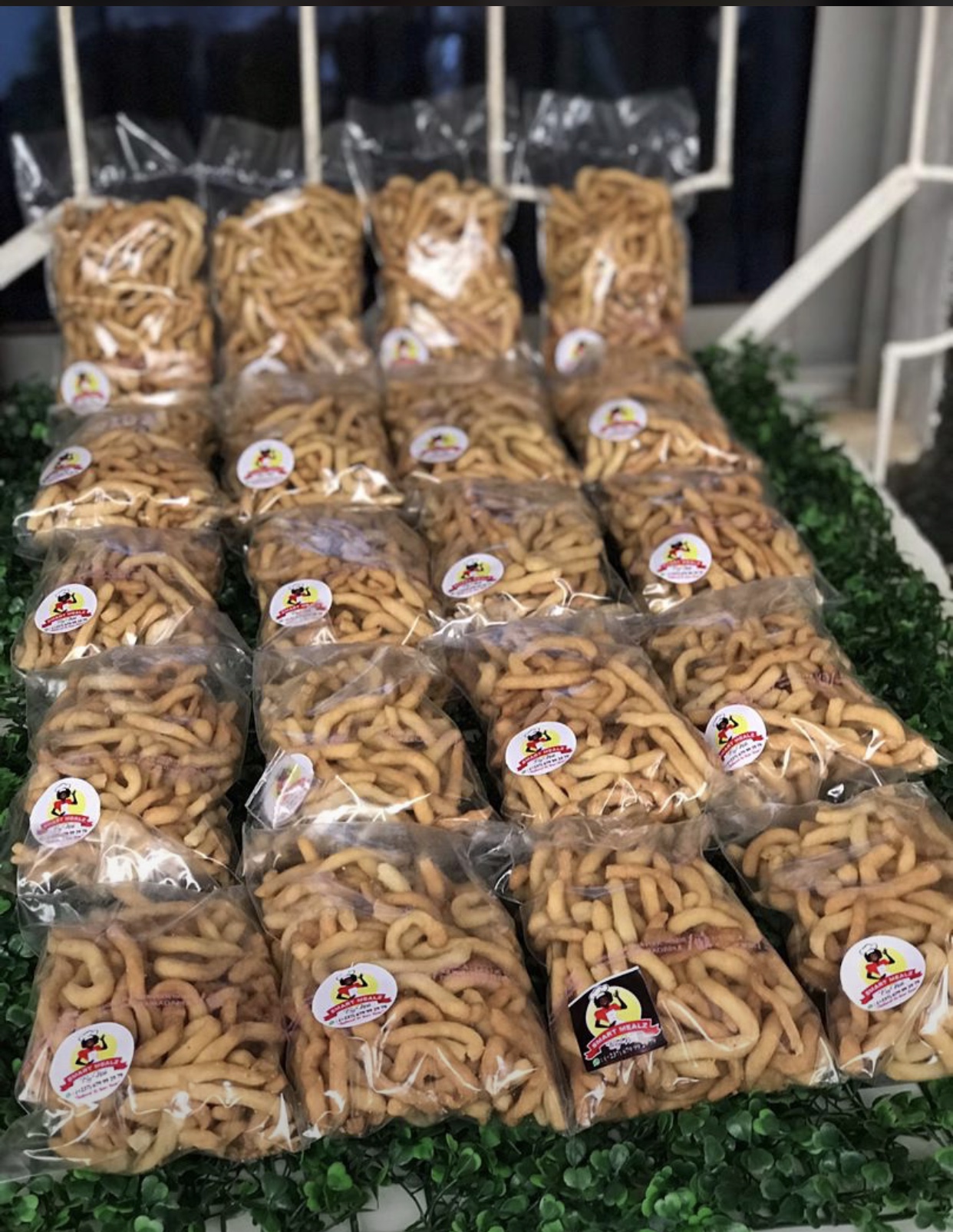 Happy new month to all Steemians, hope the new month met you all in good shape, we thank God for seeing us this far.
Today i was woken up at about 5:45am by my mother who had been up already and doing her prayers. When she woke me up, i did my private meditation and took my laptop to round up with a document i was working on, this took me about 30minutes and from there, i went outside to the veranda to sample some sachets of chin chin we had fried yesterday that was ghost town to snap and advertise on status as portrayed below

When i finished , i prepared breakfast for my niece who had to eat and leave for school, i fried ripe plantain and egg for her to have as breakfast and when she finished eating, i put some of the fried chin chin in her lunch box for her to eat at school , when she left with her care taker for school, i went into my room and prepared myself to leave the house after having my bath

I left the house to eneo office to pay the electricity bills for the house at about 10am, it has been a while since the guys at eneo brought light bills so i took an old bill along with me in order to trace the contract number, when i got there , it was populated as usual so i had to wait outside to be called in by the security eventually.

When it was my turn, i entered and paid but unfortunately there was no change, i had to spend more than two hours there just because of cash issues, i don’t really know where all the coins in this country has gone to, it was only thanks to a good samaritan who finally came to my rescue and sorted out the coin issue and i finally left from there at about 12pm

From there we went to bamboo bar where we had lunch as i was already exhausted and hungry , i had chicken and potatoe chips while he had vegetable and potatoe chips , i enjoyed my meal so much as it was well prepared. I think they are doing quite a good job there and their prices are really moderate as compared to other restaurants here in town

I left from there and went back home passing through sonac street to collect some thing my sister had bought for the house . I got home at about 5:pm and joined the others in watching tv until about 7pm when i had my bath and retired into my room
Thanks for Reading through
Kind Regards !
Cc:@fomabe
Cc:@thegreens
Cc:@saxopedia
Cc:@njiatanga

Your day was well spent bro..i agree with the credits to the kitchen of bamboo bar

@jane-mary
That's a very pregnant and well packaged write-up there wow, where do i start, i enjoyed reading your post, everything has been detailed, the chin chin looks very very delicious and perhaps will also taste good,I'll love to do an order when ever i come to bamenda, perhaps the delay of light bills is because of the current Anglophone crisis in the northwest and southwest regions,with all the tension,things turn to happen in the opposite direction but nevertheless I'm happy that you did a track of all the past bills and was able to pay ..
Your food looks delicious and after a long day will taste even more yummy,i like the fact that you have your face mask on, lets stay safe and protect ourselves from the #covid19 pandemic
Nice write up and HAPPY NEW MONTH

Same to you dear, happy happy. Thanks for the words of appreciation