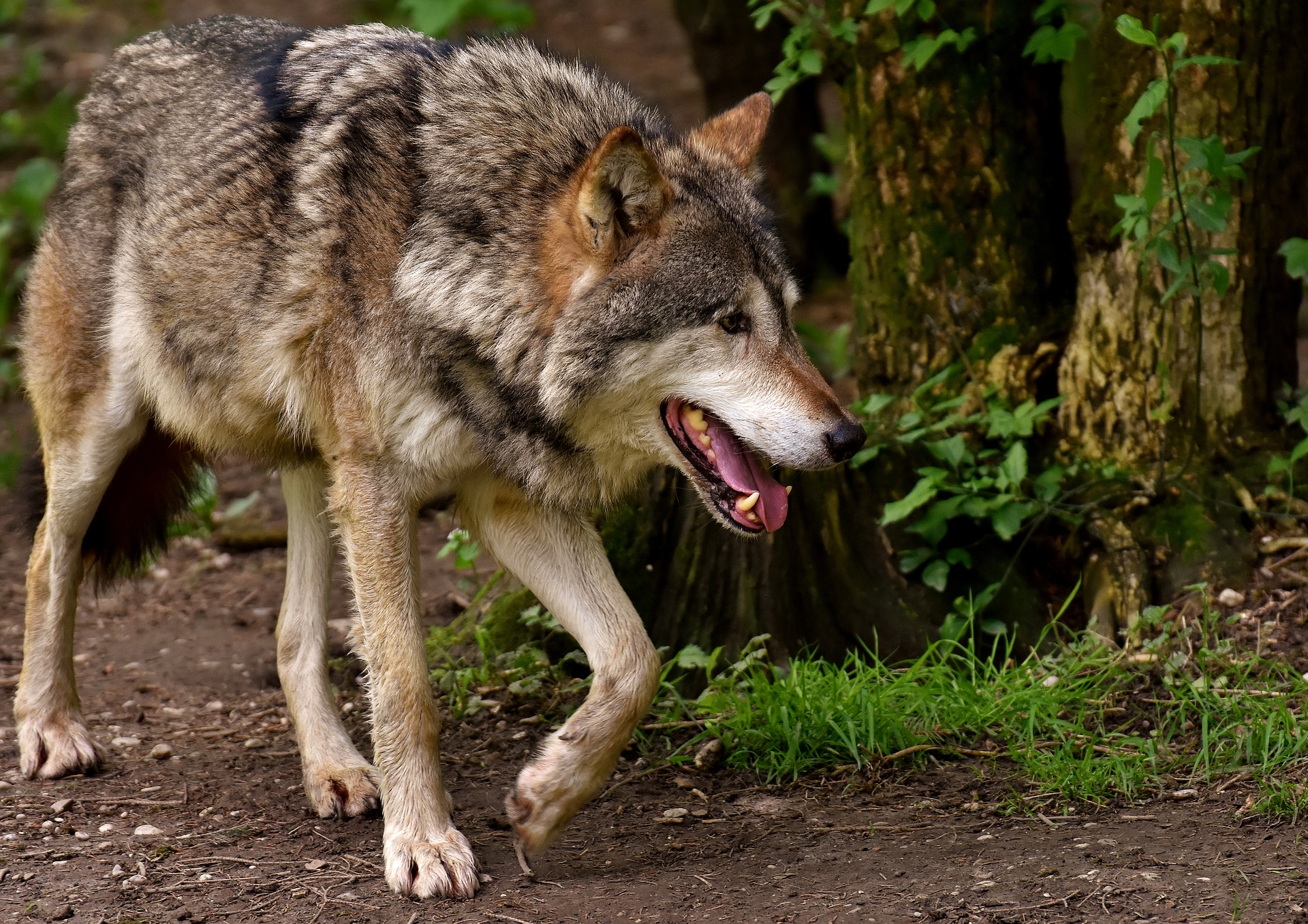 In today's library D&D game, the party was traversing the wilderness in search of a specific ruin. Many of the usual players had schedule conflicts, so I had to rework my planned adventure on the fly so the game could continue with fewer players and their associated plot hooks. To break up the monotony of travel, I gave them an encounter with a dire wolf. Dire wolves are bigger versions of the typical wolf, approaching the size of a horse and presenting a significant threat to low-level characters. After the party injured it significantly, I decided it would choose to run away. After all, it just wanted an easy meal, not a death match. They chose not to follow. Hmmm... what can I do with this...

The following day, they discovered a keep on a hilltop, and explored it thoroughly. The oddity here was a set of fortifications beneath the main tower and below the cellars leading to a series of barred gates that blocked access to the Underdark, indicating it was built more to defend against attacks from beneath than from outside the walls. However, as Super Mario Bros. is known to say, "But our princess (or cult headquarters, in this case) is in another castle."

The day after this, as they continued to explore the wilderness, they were attacked again. This time, the dire wolf still bearing scars from the prior fight was accompanied by its mate and two younger wolves. The battle was much more of a challenge, but the players prevailed. They decided then to skin the wolves, so I decided they would also discover one of the dire wolves was a female who showed signs of having been nursing pups. Do they carry on, or track down the wolf lair? They chose the latter. After some good rolls on their wilderness travel checks, they found the cave where the wolves had made a den, and I decided there would be 2d4 pups just on the cusp of being weaned inside. The dice decreed that there were seven pups. New choice: Leave them to starve, kill them, or adopt? They chose to adopt. OK, then. This means animal handling rolls morning and night to train dire wolf pups. Congratulations, you're now the Starks from Game of Thrones! Bad rolls led to the deaths of four pups. There was real angst as the players tried to grapple with how their characters handled orphaning, adopting, and then accidentally killing several of their new wards. The three that survived are being trained to obey basic commands, and that means I get to have extra fun with dictating the actions of disobedient wolf pups as big as a medium-sized dog.

This will lead to all manner of ongoing adventures for the players, and new concerns as they traverse the wilds and explore abandoned (or not-so-abandoned) ruins. It seems my improvisation worked out reasonably well. And this means when the other players rejoin the game, they get to deal with how absence means missing out on discovering access to the Underdark AND missing out on new pets!

The surest way to ensure players show up at the next session is to have your other players explain all the awesome shit they missed by not being at last session! Well done, my man, well done! :D

Dire wolf pups! The next session I hope they start teething... you didn't need that quarter staff... or shoes... or those rations... or the Bard. :)
Sounds like a great game!