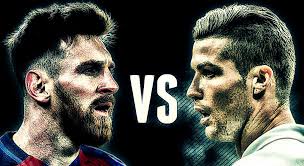 He was the first person to score more than 50 goals in 6 consecutive seasons.

Messi so far managed to score 50 goals in 5 season but not consecutively.

Cristiano Ronaldo is the best player in the Champions League history.

look at this record in the screenshot.

CR7 has scored 114 goals in Champions League, that is 17 more than Lionel Messi.

He is the biggest champions league player ever.

Cristiano Ronaldo has scored 60 or more goals in a calendar year four times consecutively from 2011 to 2014 while the Argentine star has only managed to do this 2 occasions in his career 2010 and 2012 but not consecutively.

Cristiano Ronaldo has helped his country to win the UEFA European Championship in 2016 and the UEFA Nations League final in 2019 this year.

Messe has also helped his country to silverware but has never held them to win a final.

The Portuguese captain has scored 85 goals while the Argentine only has 65 goals.

That 0.13 difference will make CR7 the king of goal scoring.

Messi has not tasted any other league apart for La Liga, therefore, all his success in the Barcelona.

We have seen good players closing from one league to another and flopping.

And I do not think he can ever lever Barca because if he does, he will never shine.

Messi himself know that is why he can never be attempted to leave for the Premier League or another league.

Ronaldo has tested and won the Premier League titles with Manchester United, the La Liga and now is his testing the Italian Serie A.