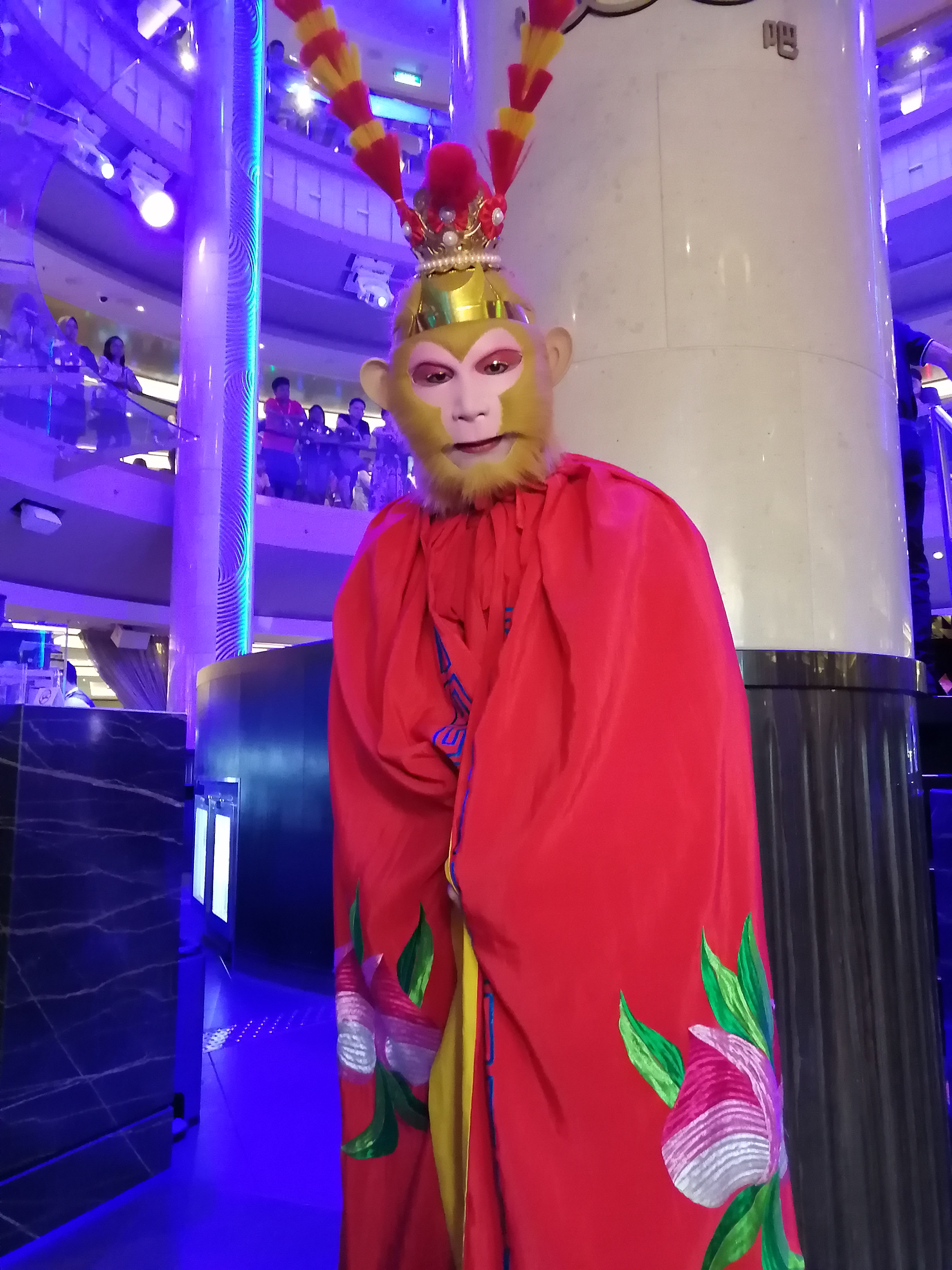 On this Tuesday, it is story telling time.
I am going to share with you an interesting but famous Chinese classic novel, namely "Journey to the West ".

I have heard and seen this story many times in cinemas as well as on TV. In mandarin as well as in cantonese. Of course often acted by different actors but the story line are similar.

Here's how it went....sharing what I can remember in a short version....

From what I can remember, the Monkey King created a lot of havoc with his naughty and daring stunts when he was in Heaven.
The Heaven's generals cannot subdued him as nothing can hurt him. They even burned him but he emerged stronger than ever.

So the jade Emperor intervened and asked the Buddha for help. The Monkey King is very confident and replied that he is not afraid as he can use his power to produce many images of himself to fight and each of his image is just as powerful as himself.

The Monkey King being so cocky and confident looked at the Buddha's palm which is just about a foot in size, smiled and agreed to the challenge given to him by Buddha.

The Monkey King stepped into the middle of the Buddha's palm, and he thought he had journeyed to the end of Heaven as he passed 5 huge pillars. He was not aware that he is still inside the Buddha's palm and was eventually captured.

He was tricked by the Buddha and was held captive under the Wuxing Mountain for a few centuries. When the Monkey King tried to get out from the Buddha's palm, the latter turned his palm down and the Buddha's 5 fingers formed a mountain that consisted of the 5 Elements which are Gold, Wood, Water , Fire, & Earth, that can hold the Monkey King inside this famous mountain.

The morale of the story told to me by my grandparents and parents is that " never think too highly of yourself as being over confident will be our down fall. As out in the world, there are always greater and wiser people, taller and higher mountain to climb and achieve even if we managed to reach the peak of the current mountain."

Just do your best and be happy and contented with what you have and be at peace within yourself. These are the words that I am now passing to my children. I hope out there, some of you will benefit with this sharing.

Photo: Taken with my mobile during my cruise on this performance.

Thanks for reading and supporting
@jackpot