When The "Liberator" Becomes "The Opressor". 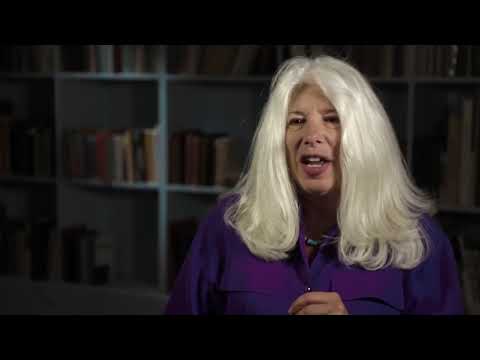 Back in 1948 humans of the time rose to a new level of consciousness and morality.

After the terrors of the centuries prior to 1948 especially with the concentration of human disrespect for life and morality of the two world wars.

To put a seal on this new understanding of humanities moral enlightenment all the nations, both democratic and totalitarian agreed that we need to change our way of behaving towards one another and ensure that we do not drive the human species to extinction.

By doing so, the people of that day and age came to agreement on what they named The Universal Declaration of Human Rights which has been translated into 500 different languages.

This brought about the beginning of a new era of morality and respect towards our own species and most importantly towards our unique individuality of each human being.

We all know that this has yet to be implemented all over our planet, although many may think that it is evident in many a nation, there is something that should scare, yes scare, not just worry, but literally bring uproar and outrage of every single human being on this earth.

It is an act that literally has all the nations governments imposing a totalitarian centrally run governance on all our food, water, energy and communications.

It outright implements 24/7 monitoring of ALL human beings on this planet.

This act, this agreement of governments to do so before 2030 was signed in September 1992.

Although it may be publicly accessible via the internet there is absolutely no mention of it in any public address to the nations of this future totalitarian regime.

There are no governments who have addressed their voters about it.

In fact, at the mere mention of it, the mass media either ignores those trying to build public awareness of it or depending on the weight that the person may have in the eyes of the public, the mass media outright assassinates the messengers credibility and in some cases the human rights activists addressing the topics have simply "stopped" and never been heard of or seen in any media sources again.

What is this that I am mentioning here?

Instead of reading my words on the topic, here is a representative of one group of people who refuse to be shut down and detoured from their human right to freely inform fellow humans of the imminent danger that is already well into the fully blown implementation stages.

Here is a direct link to the official document which if merely skimmed over and not read in detail may actually give a first impression of being something that is for the good of humanity and not the implementation of a fully functional international totalitarian regime.

If you are wondering what all nations signed off on this initially and legalized this totalitarian regime:

More than 178 nations adopted Agenda 21 as official policy during a signing ceremony at the Earth Summit. US president George H.W. Bush signed the document for the US. In signing, each nation pledge to adopt the goals of Agenda 21. In 1995, President Bill Clinton, in compliance with Agenda 21, signed Executive Order #12858 to create the President’s Council on Sustainable Development in order to “harmonize” US environmental policy with UN directives as outlined in Agenda 21. The EO directed all agencies of the Federal Government to work with state and local community governments in a joint effort “reinvent” government using the guidelines outlined in Agenda 21. As a result, with the assistance of groups like ICLEI, Sustainable Development is now emerging as government policy in every town, county and state in the nation.
Revealing Quotes From the Planners
“Agenda 21 proposes an array of actions which are intended to be implemented by EVERY person on Earth…it calls for specific changes in the activities of ALL people… Effective execution of Agenda 21 will REQUIRE a profound reorientation of ALL humans, unlike anything the world has ever experienced ” Agenda 21: The Earth Summit Strategy to Save Our Planet (Earthpress, 1993). Emphases – DR

Please, have a read of the link below,

THE TRUTH WILL SHOCK YOU!

After reading about the ins and outs of the UN Agenda 21,

If you feel that your HUMAN RIGHTS are at risk,

then YOU ARE RIGHT!

AGENDA 21 - LEARN ABOUT IT HERE

Try this for a little taste about the truth on Agenda 21:

“Land…cannot be treated as an ordinary asset, controlled by individuals and subject to the pressures and inefficiencies of the market. Private land ownership is also a principle instrument of accumulation and concentration of wealth, therefore contributes to social injustice.”From the report from the 1976 UN’s Habitat I Conference.

“Private land use decisions are often driven by strong economic incentives that result in several ecological and aesthetic consequences…The key to overcoming it is through public policy…”Report from the President’s Council on Sustainable Development, page 112.

“We need a new collaborative decision process that leads to better decisions, more rapid change, and more sensible use of human, natural and financial resources in achieving our goals.” Report from the President’s Council on Sustainable Development

“Individual rights will have to take a back seat to the collective.” Harvey Ruvin, Vice Chairman, ICLEI. The Wildlands Project

This Post has been FREE CURATED in support of MINNOW POST PROMOTION - FREE UPVOTE,
You got a upvote from @adityajainxds.

We are pleased to announce that we have received a delegation of 500 SP from @majes.tytyty & 400 SP from
@swedishdragon,Without their support, encouragement, and delegation, we would not have been able to revitalize this project.

Who are the nations that didn't sign off? and... how soon can we move there? ;)

No running from evil, need to face it and squish it!

the day when evil is ultimately squished.. is coming. LOL

Until then - it will always be with us

but really - is there any country that DIDN'T sign it?

tbh I didn't even look at who all didn't sign it.

Saw Australia and The USA and literally fell out of my damn chair, couldn't believe it.

it doesnt surprise me in the least. we truly live in an illusion.

All I needed to read was George W. Bush

The implementation of fascist global collectivism is fortunately going to be impossible, because of the laws of physics. While in 1992 it was all but inconceivable to consider that the wealth and power of institutions would be reduced relative to individual wealth and power, around the same time fab labs were also conceived. Today there are devices such as the Snapmaker II that manufacture goods using FDM, laser cutting, and CNC machining, and cost less than $1000. Why does that matter?

Because as individually owned means of production continue to be developed, dispersed, and reduced in cost, individuals become less dependent on industrial production, money, and become more powerful relative to institutions. It is true that to be wealthy is to be of independent means, and that's what physics is creating: independent means for all. It's not just 3D printers, either. Cryptocurrency, CRISPR, mesh networks, aquaponics, etc., are arising in every industry and enable individuals to create technologically advanced luxury goods and services previously only possible to institutions. As development continues, the range of goods and services profitably individually produced increases much faster than economic deprivation can be imposed by non-violent mechanisms.

Certain technologies have been suppressed, and security particularly. Firearms are 1000 year old tech. There is a reason that armies and cops still are using firearms, and it is because they are probably the peak slave management mechanisms possible. Automated drones, nukes, and death rays are incapable of being used to convince slaves to work as ordered. For that you need gangs of actual human thugs, because just killing people en masse does not create slaves that work for you, only corpses and destruction of production facilities necessary to overlords to produce their wealth. There is much better tech possible to secure your individual home, person, and property from armed thugs than chemically propelled pellets. While you can't go buy it at Walmart, you sure can make it at home with a Dobot Mooz.

While resistance at every level is necessary presently to prevent humanity from being relegated to concentration camps where every one of them becomes chattel, it is also necessary to develop decentralized means of production across all industry in order to enable individuals to overpower institutions. Ultimately, freedom is an affect of independent means, and real wealth is not money, but the things we today consider money necessary to acquire. The truth is that when you can make all the goods you need yourself, and voluntarily cooperate with your neighbors to create all the services you need, then money is obsolete. When money is obsolete, so is institutional power.

It is important to grasp that advances in tech always increase the power of individuals versus institutions. We need not only to prevent losing our freedom to institutional force, but to overpower institutions and defeat them, and the way to do this is to gain independent means, real wealth.