CORONAVIRUS - PREVENTION IS THE BEST CURE 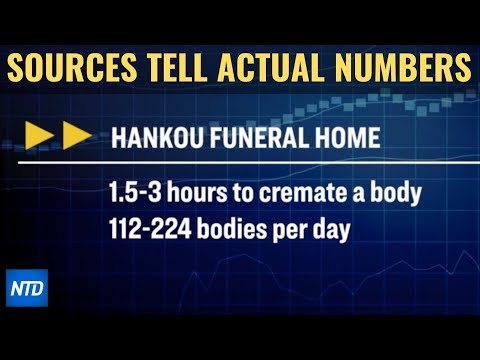 There is a lot of FUD (fear, uncertainty and doubt) flying around all over the internet about this pandemic.

Go to the effort to stay informed & please go to extra efforts to protect yourself.

Apparently, one of the websites out there suggests that you do not need a face mask if flying.

Now, I am not going to suggest that they are "wrong", what I am going to say is the following:

If you have a face mask, good, if you don't, then consider getting one (some).

Even if all the websites out there say "well, we think you don't need one", consider the following:

b) not everything is yet known about it

So why not take precautions that may add extra safety to you and those around you?

Now, as or the OFFICIAL figures from China.

I am not picking on those relying on these "official numbers", in fact I fully support them in doing so, as this is the only source of information that can be "officially" considered to be reliable.

I am keeping track of the changes there daily.

Because I am concerned and wish to be informed.

However, there are many sources of information out there which literally state facts that differ from the "official stats" issued by the totalitarian government of China.

One such source is very concerning:

I do not have any means currently, to confirm that information, yet I do have more than ample reason to doubt the proven to be corrupt, totalitarian socialist Chinese politicians and government departments.

To add to this, so that you too can hear some first hand information from the original hotspot in China:

(warning, this video contains some harsh words and is rather disturbing)

Again, I can't confirm anything said by this citizen of China, who states that he is right there, in the hotspot.
Yet, there are first hand videos leaking from there daily, all of which confirm the seriousness of the situation and which outright contradict the "official information" of the totalitarian Chinese government.

So, please, for your own sake, consider introducing some extra habits into your daily life. Measures such as extra hygiene habits, anything and everything that may sanitize your hands after handling anything that has been handled by persons unknown to you, such as mail, items from stores etc.

I have suggested to my very own family to avoid unnecessary entering crowded building with ventilation, heating, cooling systems that recycle air. Such as "shopping centres" aka "shopping malls" etc.

Never touching your face (mouth, nose, ears) after handling anything that has been handled by unknown persons.

Using hand sanitizer regularly, even if it be just to add a feeling of added safety.

Even if these measures may show to be above and beyond the bare minimum required (as per some of the sites out there) I again ask the question:

What is wrong with taking measures above and beyond those 'listed' to ensure added safety as prevention from getting infected by this deadly virus?

You will notice that there are all sorts of numbers being thrown around out there.

One of those numbers is "only 2% of infected people die".

This figure is based on the number of "official deaths reported" vs the total number of people "officially reported" to have been infected.

THIS NUMBER IS MISLEADING.

However, it is definitely adding some potentially very dangerous feelings of "safety" among those who read, see, hear it.

NOW LETS LOOK AT THE SAME NUMBERS FROM THIS ANGLE:

There are roughly only 600 people "officially reported" as having died from this new virus.

There are roughly 1400 people who have allegedly fully recovered from it.

So 600 people died, 1400 people recovered. So for every 7 people that may recover from it, 3 other people infected may die. As per these "official" figures.or potentially as follows:
3 out of 10 die. 7 ou out of 10 recover
Now if we multiply that by the total "officially listed" as infected, THE NUMBERS ARE ALARMING.

The purpose of this post is not to scare people, it is to help everyone who reads this to become interested in the topic and to not be "complacent".

I hope that everyone who reads this at least thinks about all of the above and considers taking some extra measures in preventing the spread of the virus, in ways that will maybe help prevent you from getting infected.

That much I do know.

God bless and may he help us all in these times full of uncertainty.

Please be aware, a simply Paper Mask is NOT effective against Influenza or any other flu virosues, including CORONAVIRUS

A surgical mask or fit-tested respirator should be worn. A respirator can be selected when antiviral medication supplies are expected to be limited and influenza vaccine is not available, e.g., during a pandemic.

NOT a Paper mask.

A Chinese official has confirmed coronavirus can be spread through the air and warned people should avoid gatherings.

Well it is way too close to home, in a school just in the neighbouring district:

Thanks for presenting this on PYPT @jackmiller, as this is becoming a very pertinent topic for people to consider and needs to get out there.
Be advised that @bluefinstudios is correct about the paper masks, and there are also other considerations to consider, as one who was certified for confined space, no mask will properly seal if there is any facial hair that interferes with the proper fitting of the mask.
The other thing about these viruses is the fact that the majority of people who die from these usually die from prior health conditions that compromise one's health to begin with, such as older people or extremely young, or respiratory problems before coming in contact with the virus.
I am speaking from experience as I am one of those people.

I'm sure that many more people with various know how and experience could give a tip or two on what can be done to help prevent getting infected.

"Complacency kills" as many of us know.

People are too "comfortable" and definitely not aware of the reality of our reality.