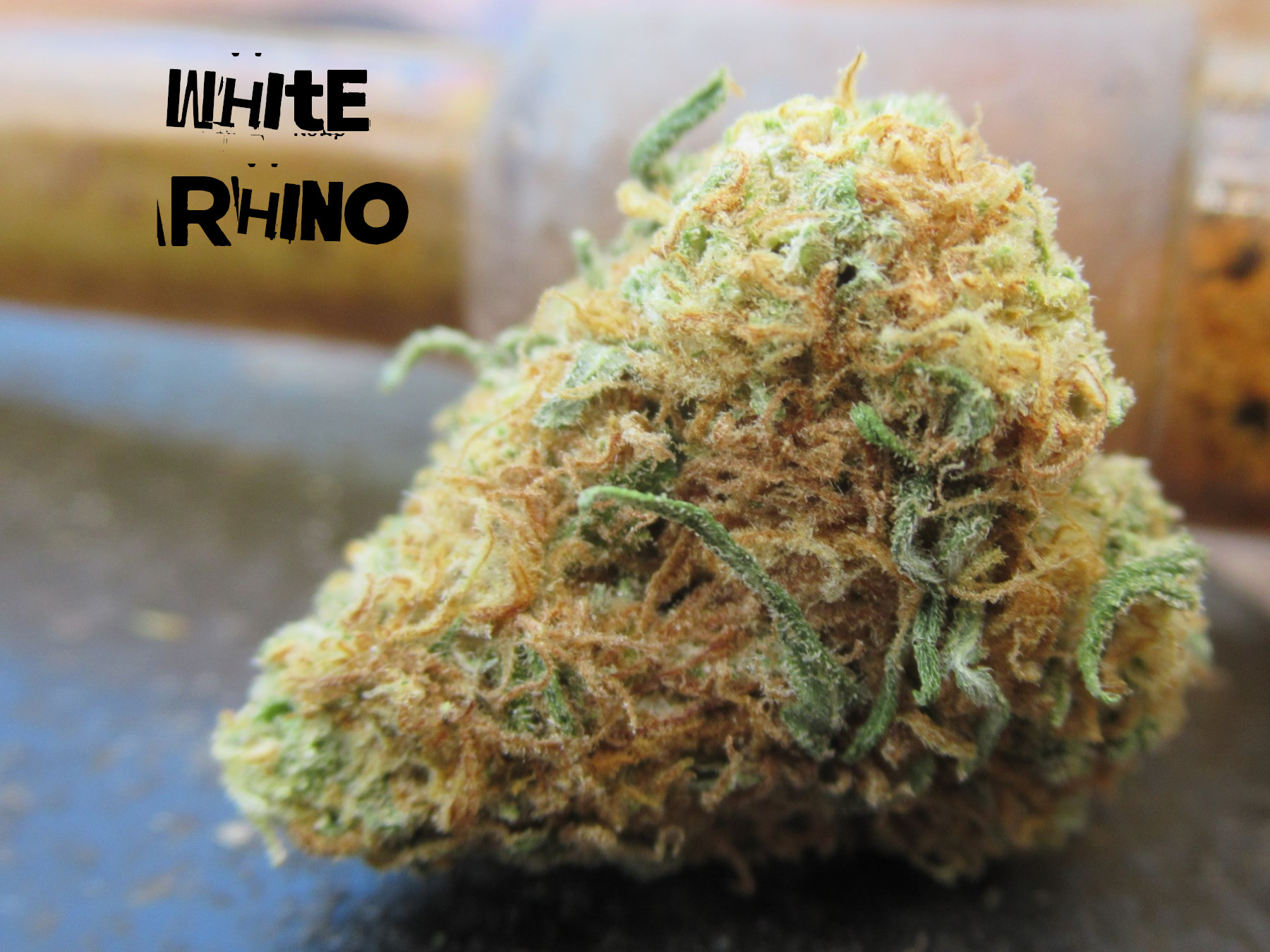 The White Rhino 80/20 indica dominant strain was created with the crossing of the White Widow, and an unknown North American sativa strain (Source). These White Rhino buds have a smooth 21% THC with 1.66% Linalool, 0.74% Caryophyllene, 0.73% Humulene, 0.42% Myrcene, 0.24% Caryophyllene oxide, and less than 0.01% beta-Pinene, Limonene, Terpinolene, and alpha-Pinene terpenes (Source).

The White Rhino buds have dark and light greens, thick bud covering mats of bud covering bright orange pistils, and an ample coating of white trichomes that makes them shimmer - so many pistils.

The White Rhino buds have a sweet, earthy, and lightly pungent woody scent - the ground up buds have a cumin/coriander-like reminiscent scent to them.

Reached for the WeedCash Bong for the White Rhino Tokes.

Third Toke... Sweet woody pine with that black pepper spice - clean flavor. Body feeling some more heat from that toke, sweating a little, lol, nice heat. Mind and body well relaxed, tingling, would be surprised if some endorphins were kicking in. Lightly excited energy with these spicy White Rhino bong tokes, a fire in the chest that smooths out - interesting strain.

Have a great day!

Thank you jackdub! You've just received an upvote of 54% by tommyknockers!

Yummy. The whites were all the rage once upon a time.

Cheerful grinnnnnnnnn lool, I love that!!!!!! More like cheerful green! :) :)

Damn, that sure is one hell of a nug! But it tokes like an absolute dream