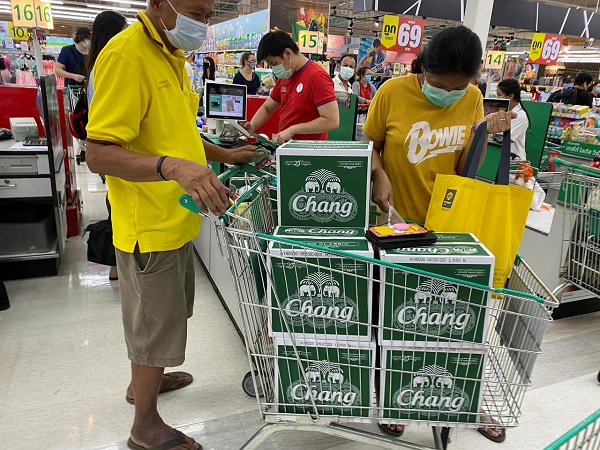 Thailand has some of the strangest alcohol laws I've ever encountered anywhere. Certain religious days, days before elections, and this strange 3 hour period every day in the afternoon are no booze times.

However, Thailand has now dictated that for 10 days there will be a 10-day ban on the sales of alcohol in general in an attempt to battle corona-virus. This is not nationwide (because smaller communities would ignore the order anyway) but is focusing on large areas such as Bangkok, Chiang Mai, Phuket, and Had Yai.

The response to this ban, which started on Friday and extends until the 20th was intended to limit social gatherings and curb the spread of the virus. It was just funny to me how the population responded when they heard the news on Wednesday.

Almost all of the larger stores got sold out of booze in the first day but not to worry, there is plenty of booze in the distribution facilities that quickly restocked all the stores that I was witness to. My favorite is the guy in the picture below who has a hand-basket but fills it up with one crate of large bottles 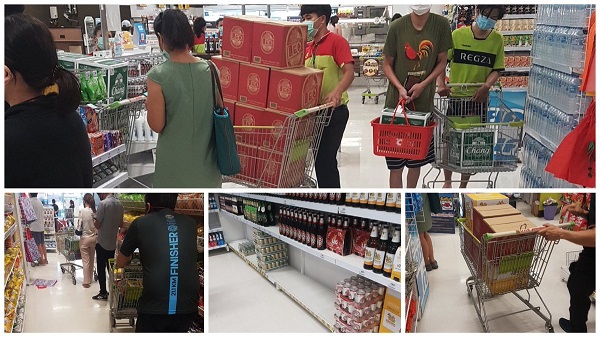 In the USA everyone panic purchased toilet paper and that is really unlikely to ever happen here because every bathroom had a bidet of sorts or as we call them "bum guns" that are similar to the spray guns I frequently had in my kitchen sinks in the USA. Seriously, why aren't people doing that in USA?

The smaller shops in large cities and the smaller communities as a whole are almost certainly not going to abide by this decree as they rarely do with other days / times that they are not "allowed" to sell alcohol. I suppose there could be a silver lining to this cloud: The small mom and pop shops are going to see a surge in sales that otherwise might be going into the pockets of giant corporations.

This ban comes before the Songkran week, which is a massive and boozy celebration in Thailand that is actually a lot of fun. This also has been banned in the Kingdom but it will be interesting to see if the population actually complies since it is a massive part of their culture and celebrates the Thai New Year.

I will admit that I bought 3 cases of beer myself and had it delivered. I'm good for the week!