Temple destroyed by invaders, then rebuilt 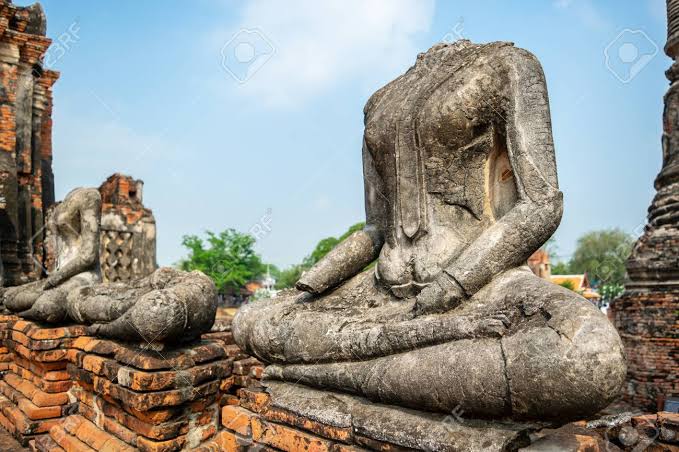 I don't know if it is common knowledge, but the Burmese and the Thais weren't always friends. They were perpetually at war with one another and in one particular event the Burmese nearly conquered the entire country. After successfully raiding Ayutthaya, the Thai population retreated to what is not Bangkok.

I was surprised to find out that this is the historically defining moment that made Bangkok the capitol. Prior to this military defeat it had been Ayutthaya.

The Burmese were not very nice to their newly conquered city as they proceeded to destroy everything they could get their hands on including widespread destruction of religious sites in a religion that they too, were a part of. I think it speaks volumes for the intense hatred these two groups had for one another when they were willing to defile a religious relic that they too believe in.

One of the main things that was done was to behead the Buddha statues and this is what we see at many of the sites today. They were not replaced in order to preserve history. 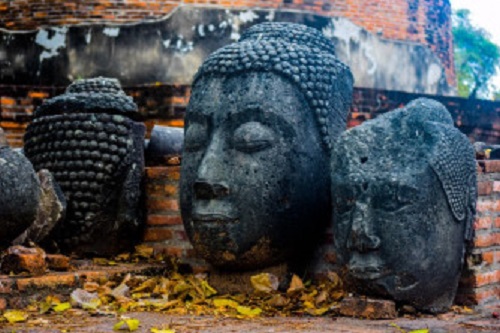 These particular statues are contained in Wat Chaiwatthanaram, which is one of the more popular and famous temples in the city and is visited by thousands of people every single day. Anyone who is visiting here and isn't on a weekend schedule should try to visit on a weekday as the weekends are mostly just going to be a mob of people and buses. 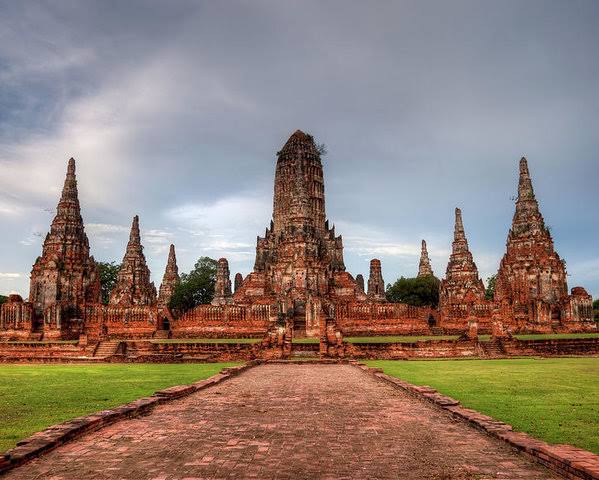 There are many other restored temples in the city and they had to be massively restored because of the near complete destruction that occurred in 1767. This event was over 200 hundred years ago but there are still hard feelings in the hearts of many Thai people today who have a not-so-hidden hatred for their neighbors to the north west.

Most people skip Ayutthaya on their tours of Thailand and I suppose I can understand why. I live here, and can personally attest to the fact that other than the historical significance of the area, there isn't really much else to do here :)

i can't say for sure but i think i have been to this place. You say you are a school teacher now and i was as well at some point in the past. I recall when there was actually propaganda of sorts that was being shown to the school kids (in school) that reminded them over and over that the Burmese did this... kinda of reinforcing the hatred. I think that is a shame because I am sure pretty much everyone was doing bad stuff to other countries during that time period.

well, i haven't been teaching for very long and am likely going to have it be just this one year. This temple is just one of the more popular ones in Ayuthaya but there are plenty of other ones where the statues are all missing heads as well. It seems to be a city wide type of ordeal.