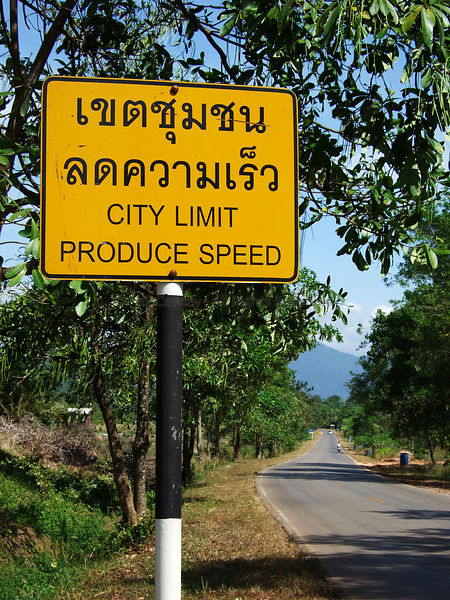 I suppose we should be very grateful that the signs are in English at all. I have been to multiple countries where they do not bother with English translations on their signs so in that regard Thailand is doing us visitors and expats a tremendous service by having them translated at all. I don't know why they decided to do this but it is this way almost everywhere in the country.

This doesn't mean that I am not allowed to find the minor mistakes humorous though because it is really funny when a sign almost gets it right but has a minor flaw.

i've seen this one in multiple locations around the area. Sure we all know they mean "reduce speed" but there is no chance that a google translate would have ever suggested "produce." 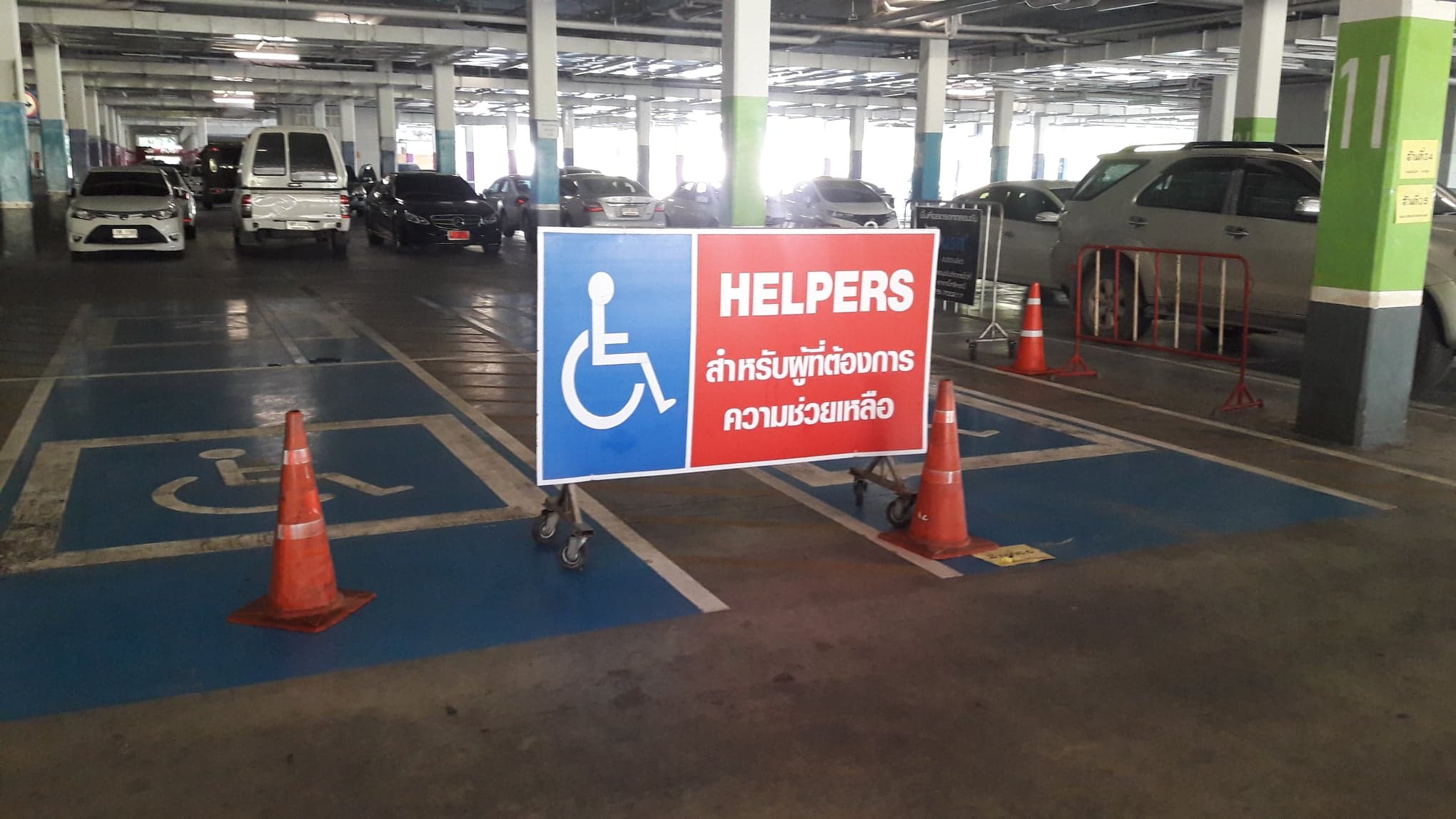 The words aren't really even necessary on this sign because we all know the universal picture for handicapped parking. I looked around to see if there were assistants to help people out of their cars and there were none, so I think that this is just badly translated. 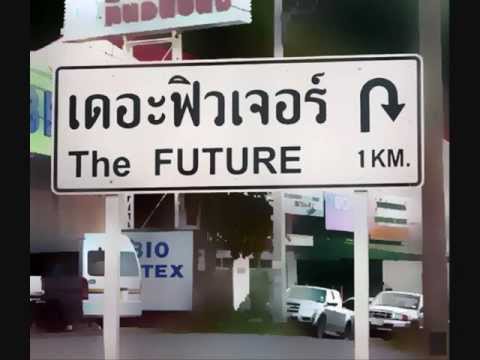 This place isn't really even wrong. There is a business center that is called "The Future" and it is in fact behind you when you get to this sign. That must be really confusing to people who are unaware that there is actually a business called that though. 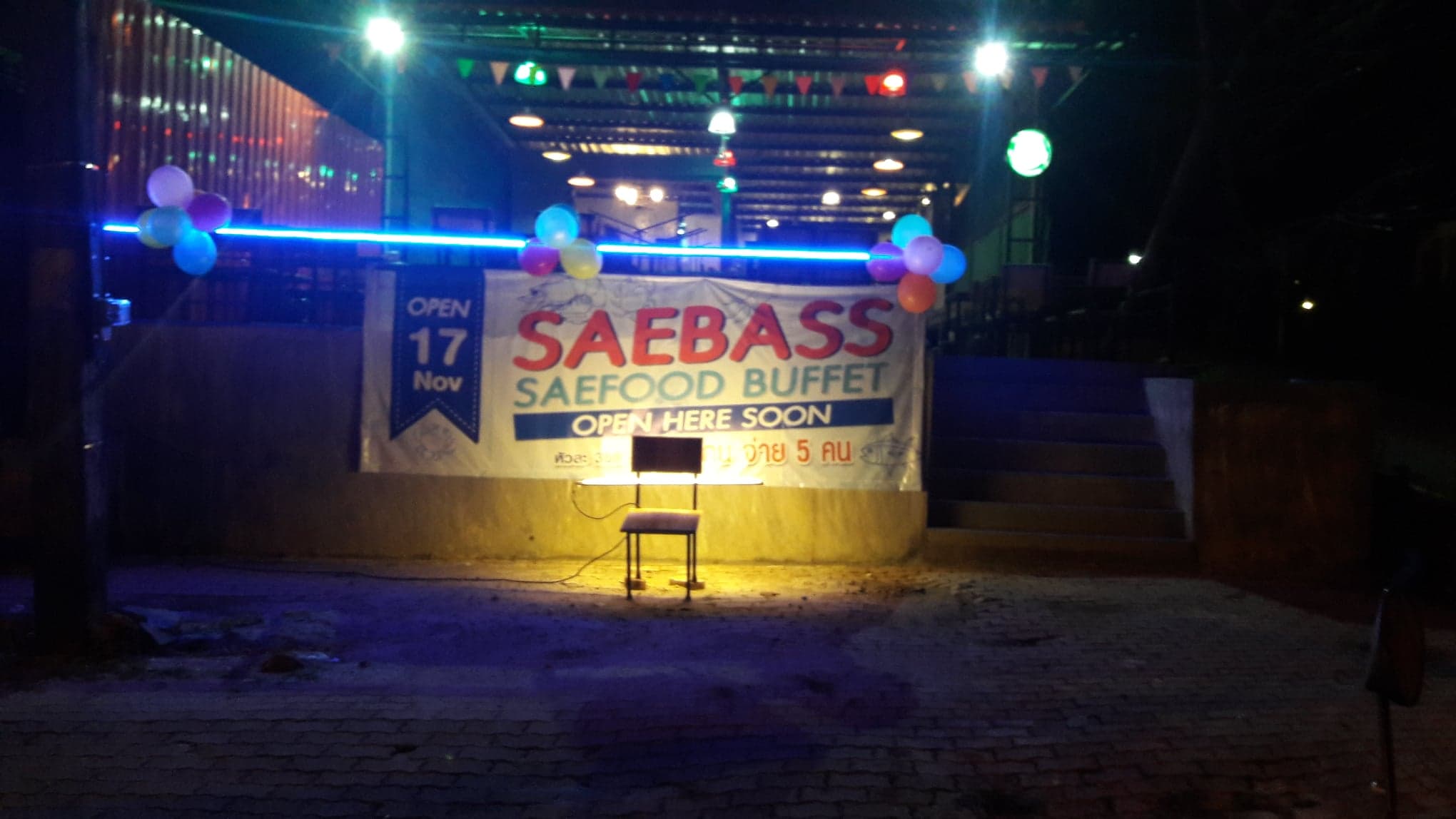 This last one, I actually know the guy who owns this place and it is particularly embarrassing that he would, despite having lots of English-speaking friends, would pay to have this sign made and of course, there are many others. His business cards and shirts all have the same two letters switched. I am at a loss as to how the spell-checker didn't pick this up because "saebass" isn't even a word in any language that I am aware of.

The restaurant failed and it is now just a bar.

These sorts of things are all over Thailand and you gotta give them props for trying i suppose. Personally, i wouldn't even know where to start if i needed to write something in Thai, so they are doing better than I could already.