an unusual spirit house in the middle of nowhere 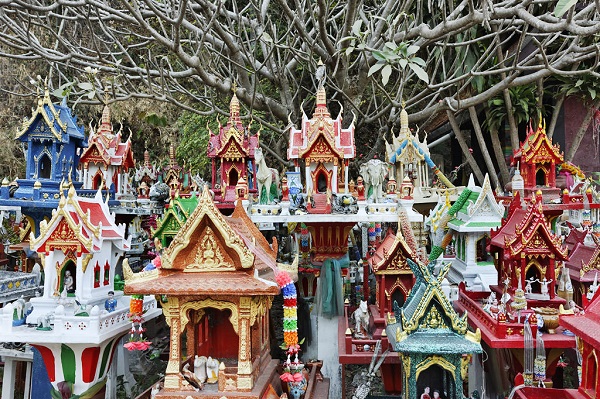 Thai Buddhists have quite a strong belief in spirits and try to placate the evil or angry ones a number of ways. The most common one is a spirit house which is kept outside of your actual house or in some cases at the entrance to an entire community.

For the most part they are elaborate wooden buildings and they are adorned with snacks, liquor, and drinks to keep the spirits occupied. The idea ages ago was to make this spirit house a more desirably place to stay than in the houses in the neighborhood.

Mostly they look like these or at least they do when they are new. Normally the nicer the person's house is, the nicer the spirit house needs to be. The other day i was in the jungle and encountered a little bit less elaborate spirit house while i was on a jungle bike ride. 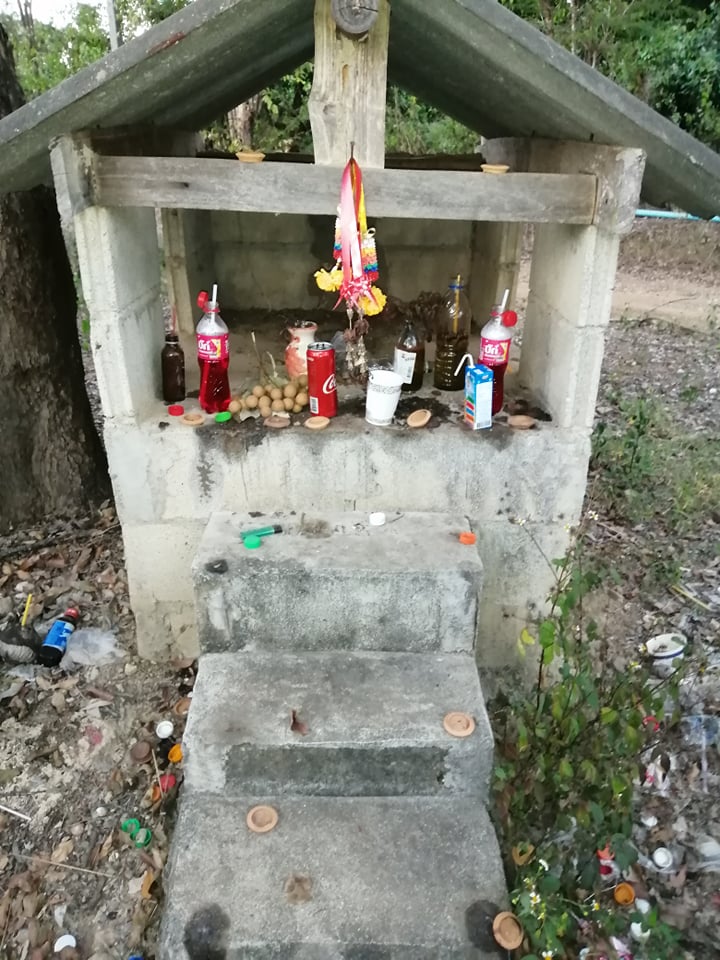 it's still the same concept, but just a lot less elaborate. I think this may have to do with the fact that the mountain biking trails were located in a farming community and the people that were in it are definitely not wealthy.

I found it endearing that this local community is still doing what they can to keep their religious traditions alive despite the fact that their spirit house is clearly home-made.

i truly enjoy the devotion of the Thai people. Although it seems rather superstitious to have such as steadfast belief in ghosts, they do take it very seriously. I have been in some very poor areas of this country where they will still do whatever they can in order to appease the spirits although i have to say I have never seen one quite like this.