an elaborate and remote spirit house 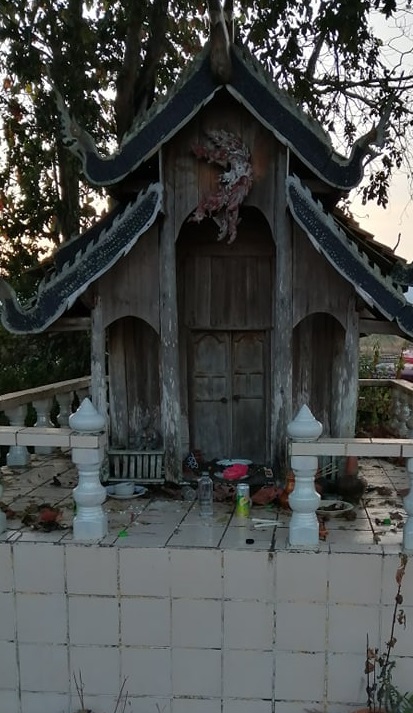 I may have to rethink what I believe I know about these things because in the near year that I have spent living here in Thailand I was always under the impression that these spirit houses are meant to be kept near a house or houses and this encourages the roaming spirits to stay out of the households and to instead live inside of these small houses that are built specifically to placate ghosts.

But this one was near no houses, not anywhere close to them. It was simply in the middle of a field and I couldn't find any residences anywhere nearby.

It was a bit more elaborate than some of the others I have seen because it was built on an elaborate raised and tiled platform. Mostly these will have a ladder leading to the interior but this one had cement stairs, which I have never seen before. 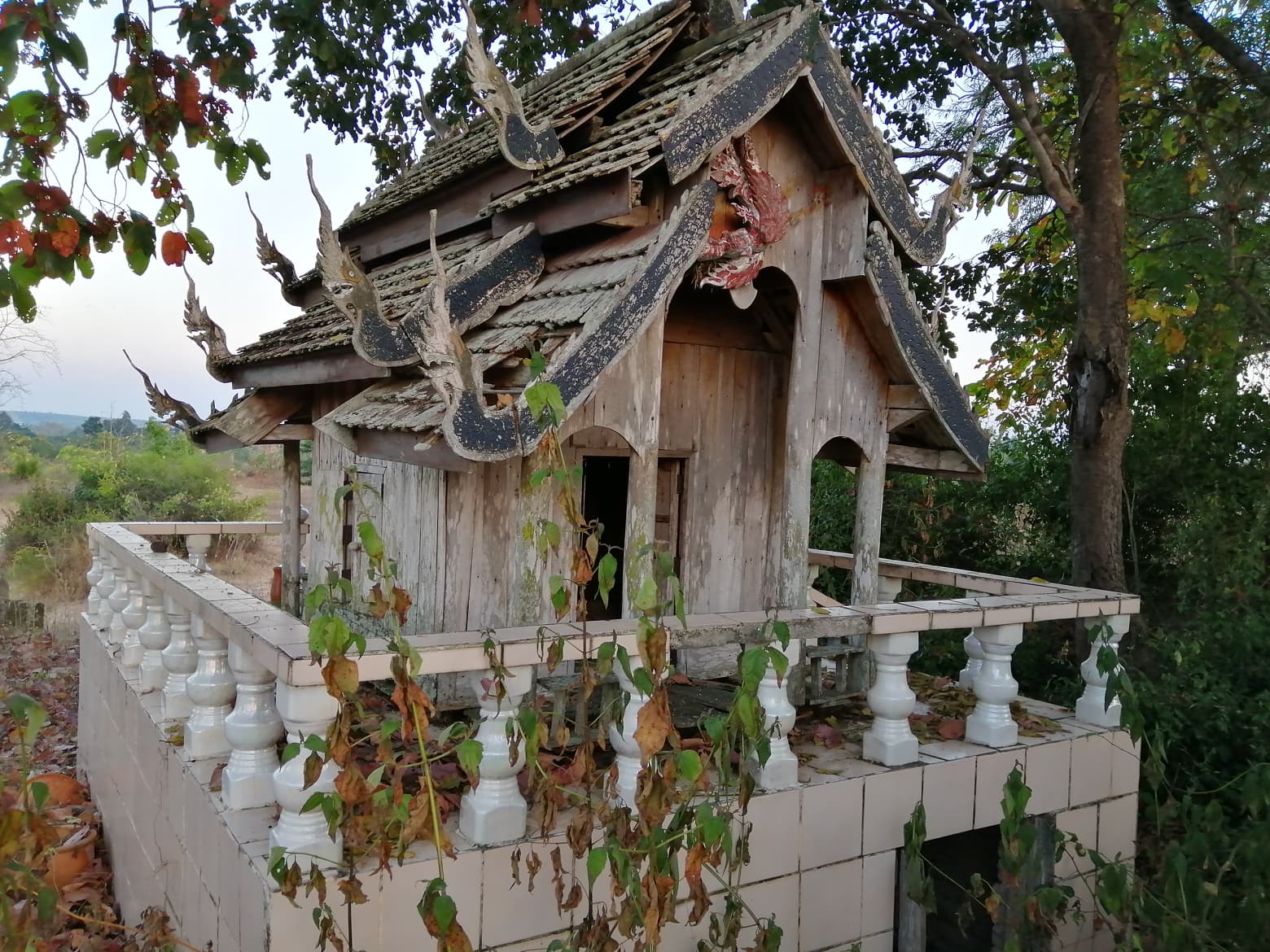 It did appear a bit weathered but also the craftsmanship, at least initially, seemed to be far more elaborate than the others I had seen in the past. This one doesn't appear as though it was mass-produced but of course I don't have any idea how or even when it was made. 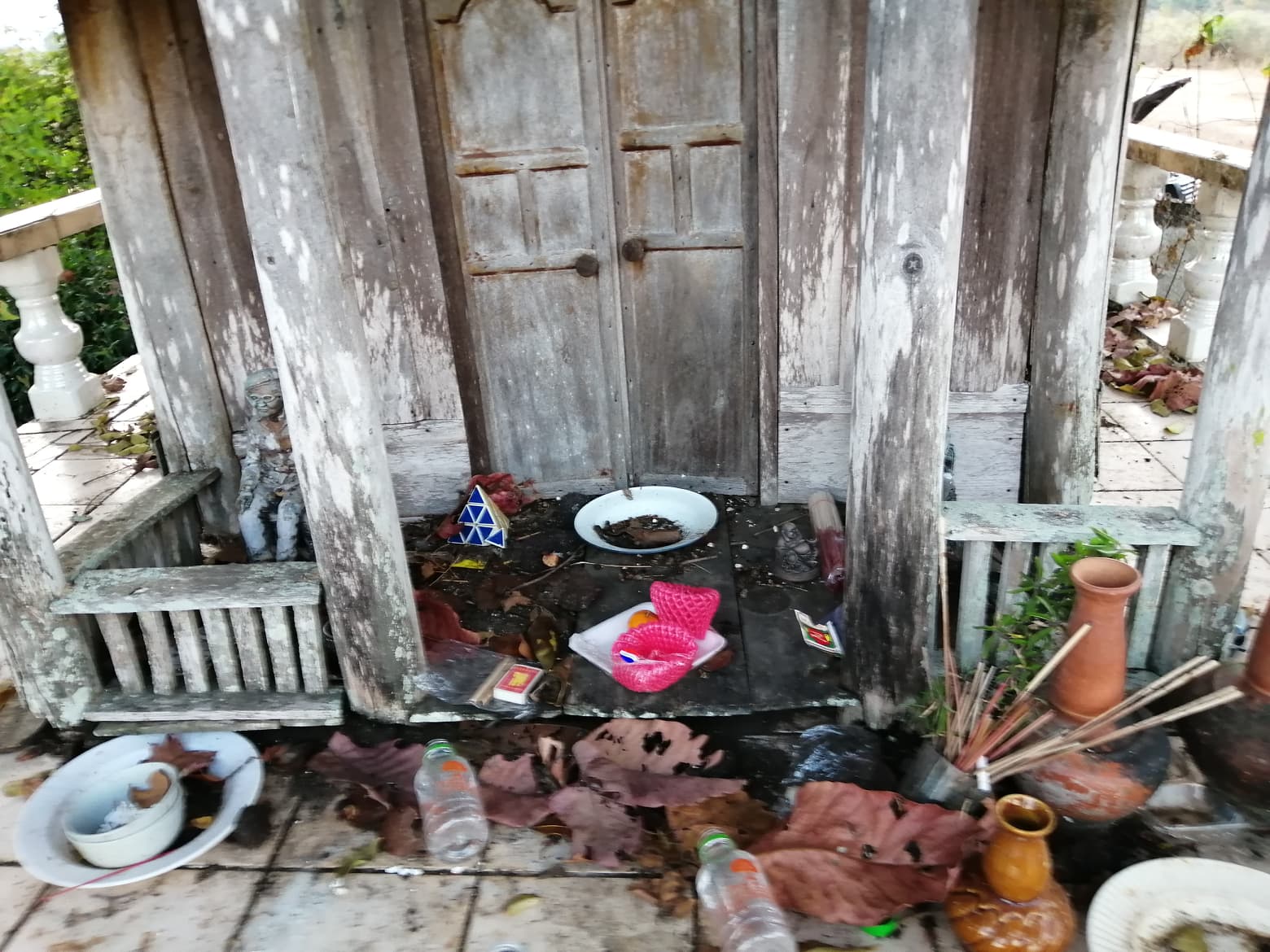 Although probably not in the past couple of days or so, the offerings at the front entrance did appear to have been placed there at least somewhat recently. 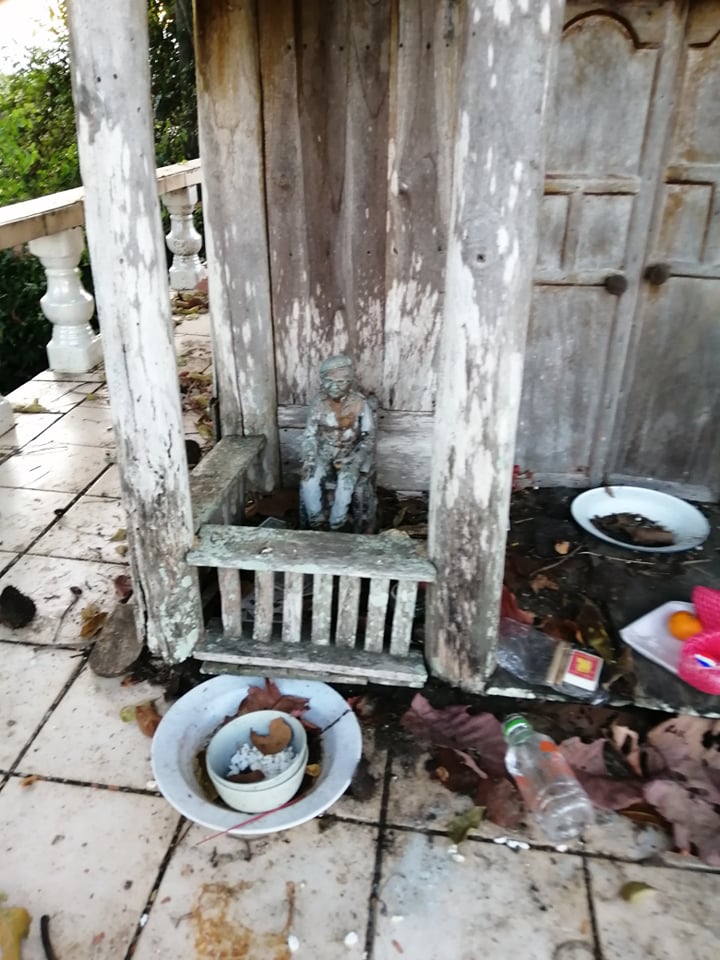 There was also a small statue sitting on the front porch who I believe to be the recently passed King of Thailand. I can't tell for sure and didn't want to get any closer out of respect.

I love these things and find them a bit ominous and even kind of scary when i see them. This one was not very well maintained but it begs the question: "What is it doing out here?"