Tourist Destinations in Southeast Asia that You Must Visit 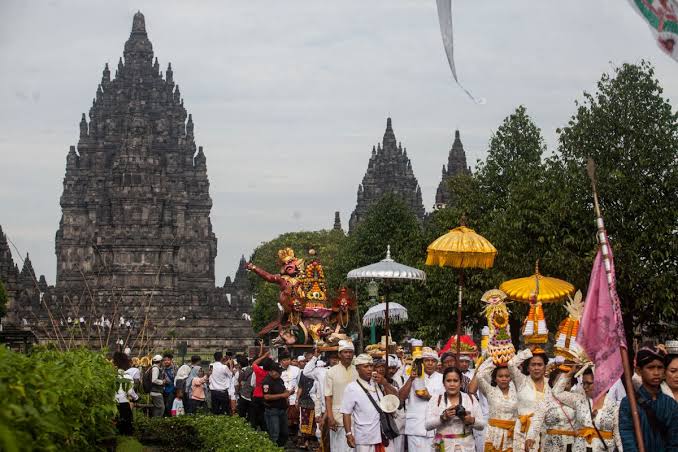 Two centuries ago, a trip to Southeast Asia was only for rich merchants, ambassadors and colonial elites who could afford to pay large and expensive shipping. But the story of the trip was reversed.

With the increasingly affordable costs of flights, cheap accommodation, trains and various international connectivity, it is now far easier to visit Southeast Asia. Southeast Asia is an affordable alternative destination.

As a result, even though the world is plagued by a prolonged economic crisis, a trip to Southeast Asia is the best choice, affordable cost, first-class destination, beautiful landscape, and stunning cultural attractions. Here below I present some of the tourist attractions that you must visit in Southeast.

> Located on the island of Java, this ancient city is considered the capital of Javanese culture, thanks to its lively art scene, indie boutiques, deep-rooted rituals, and religious sites. This is where you will find the two most important archeological sites listed at UNESCO: Prambanan and Borobudur temples.

Built in the 9th century, the beautiful Borobudur is said to be the largest Buddhist temple in the world and is very majestic at sunrise. Meanwhile, Prambanan has a carved tower and elements of Hindu architecture.

> As an old tradition, Prambanan hosts Ramayana ballet performances every night - an unforgettable dance drama that touches the roots of Javanese culture - which is both enriching and entertaining.

> Located off the west coast of Malaysia, the island of Penang is a center for food and architecture lovers. George Town, the island's main city, is a crossing city of Malay, Indian and Chinese cultures. The cultural beauty was manifested in British colonial architecture, Buddhist temples and carved Chinese noble houses.

> Looking for a tropical paradise? You will find it at El Nido. Located on the northern tip of Palawan Island, in the southwestern Philippines. The islands have clear turquoise waters, silent lagoons, dozens of beaches and secret caves.

Surrounded by dramatic limestone cliffs, Bacuit Bay is an El Nido gem. This is where you can explore the lagoon with a kayak. Tourists spend their days snorkeling and diving, or exploring secluded and hidden beaches throughout the archipelago.

### Bali, Indonesia
> Bali has a beautiful panorama and culture, as well as being the center of world yoga. Bali is only one of the beauties among the 17,000 islands in Indonesia. Its beauty attracts 5.6 million foreign visitors every year.

Even in the midst of its popularity, this island presents both relaxation and religion. This can be felt throughout the region - on the majestic cliffs of Uluwatu, calm waves on Nusa Dua, trendy beach clubs in Seminyak and dramatic rice fields and temples in Ubud.

> For those who love adventure, Bali has the Buleleng Gorge and various unexplored spots. After the adventure, enjoy a variety of herbal drinks, juices, to grill seafood on the beach.

> More than 2.5 million tourists come to the city of Siem Reap in Cambodia every year with the same goal: to see Angkor Wat. Dating from the 12th century, the Khmer temple, which is listed as a UNESCO cultural heritage site, has the Angkor Wat complex. Even though it is a temple, many say that Angkor Wat is a city.

Its extraordinary architecture features different towers, intricate carvings and stone corridors that feel cool below ground level. And inside the Angkor Archaeological Park, you will also find two other large temples - Angkor Thom and Bayon Temple - all surrounded by dense forest.

> If you are still curious, visit Banteay Srei (nicknamed "The Pink Temple" because of its stone structure) or Beng Mealea from the 12th century. The roots of trees and vines, hugging the temples create a scary and mysterious atmosphere.

> Located near the Golden Triangle (at the meeting of Thailand, Myanmar and Laos) in northern Thailand, the city of Chiang Rai is often overshadowed by its neighbor, Chiang Mai. But for those who appreciate natural scenery and a slow lifestyle, Chiang Mai is right.

Among the interesting things around the city, the Blue Temple and the 14th century Wat Phra Kaew Temple showcased the historic architecture of Lanna. While photogenic Wat Rong Khun (aka "White Temple") functions as a complement to beauty.

> As the capital of Vietnam, Hanoi is the center of history, culture and nationalism. For first-time travelers, the Old Quarter is the best place to start. The old city, which has many corridors, is French colonial architecture, which has a landscape of hard workers, displays of various handicrafts and restaurants.

The streets are boisterous by motorbikes, creating small pleasures. After absorbing the history of Hanoi, tourists can catch the sun to Phu Quoc. This district is located off the coast of Cambodia but is still part of Vietnam.

> Touted as the most beautiful beach in Southeast Asia, the longest in the world. Do you want to vacation in the more advanced Phu Quoc Island or the very remote Hon Xuong: both are island tours, snorkeling, diving, sandy beaches, and more.

> The former capital of Laos, beautiful Luang Prabang is home to colorful temples and dramatic natural scenes. It's hard not to fall in love with Luang Prabang. Surrounded by mountains, the ancient capital of the UNESCO-protected Kingdom of Lan Xang provides peace of mind.

You are surrounded by sacred rivers and golden temples, robed monks, and quiet meditation - an ideal vacation for those who want to escape from busy life. In addition to religious tourism, Laotian cuisine is no less beautiful. Laotian cuisine is famous for being fresh and taken from local ingredients.