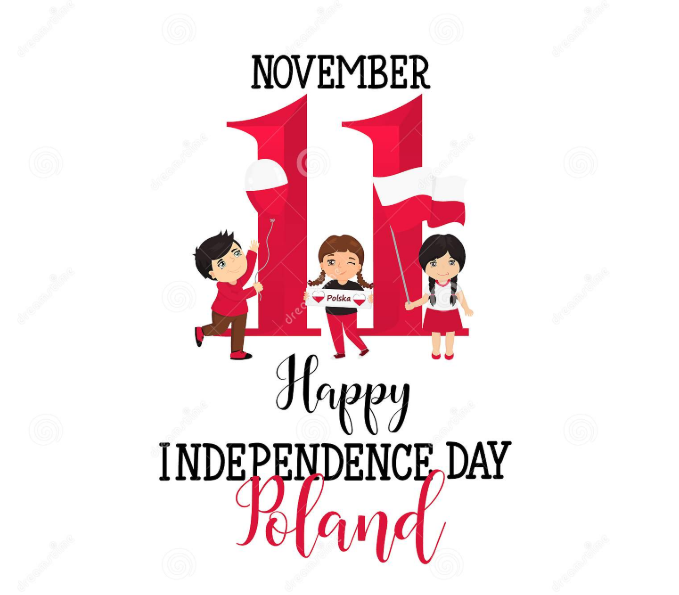 Today’s Doodle depicts the bicolor Polish flag in honor of the country’s Independence Day, with a white field representing the Polish people’s hopes for peace, and a red field standing for their sacrifices in pursuit of freedom. On this day in 1918, Poland regained its standing as a sovereign nation after 123 years of being partitioned by Russia, Prussia, and Austria.

That same morning—the 11th hour of the 11th day of the 11th month—World War I came to an end, and German occupying forces peacefully surrendered their arms to Polish troops and private citizens in exchange for safe passage home.

Now a national holiday, Independence Day is celebrated with parades in most Polish towns, with the capital city of Warsaw hosting a special commemoration at Piłsudski Square and a changing of the guards at the Tomb of the Unknown Soldier.

Tens of thousands of runners mark the anniversary by taking part in the Polish Independence Run each year. Before the start of the 10K race, runners wearing red and white shirts line up in two columns, forming a big Polish flag.