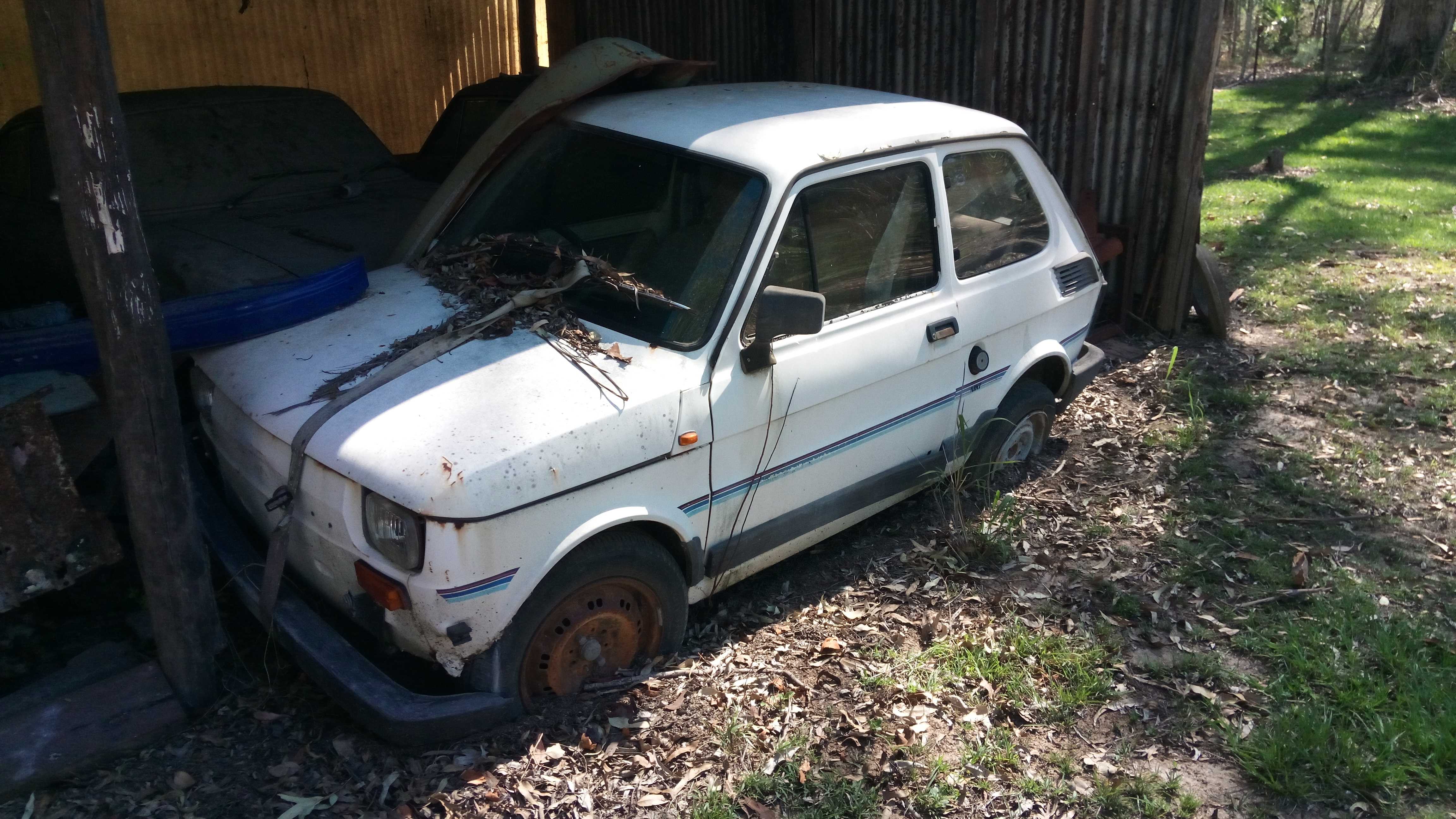 Today I headed off for some time traveling and camping in my van. I also went to have a look at some more old cars trying to find myself a project car and generally something a bit different or less popular. While going through a property that had some 50 car's and not finding anything very suitable I happed to spot a very unique and rare car in an open ended shed. I asked the fellow that was showing me around if his neighbour may be interested in selling any of his car's and he said most likely.

He lead me over to the neighbors place but he wasn't home so he called him and said he had someone interested in possibly buying one of his old car's. The neighbor said he will be home in about an hour so on our way back we had a quick look at the car I was interested in.

Later the neighbor came over to meet me and we went to his place to have a better look and he said I have another one in excellent condition in the other garage would you like to have a look and I said yes please😀. He opens the garage door and we take the cover of the car and push it out so I can look at it properly. While pushing it out he says it was last used in 1997 and only has 29 thousand and something kilometres from new😲.

Some pics of the car.

After having a good look over the car it is in definitely in excellent condition for a 31 year old car. I asked about what he would sell it for and the price is very reasonable I think. So I am going to think it over for a night or two and make a decision on purchasing it or not. These cars are very rare here in Australia and very few ever made in right hand drive as they were built in countries that are left hand drive.

Very tempted as it is very unique, rare and different at least in Australia, with its two cylinder air cooled rear mounted engine. Somewhat like an old Volkswagen Beetle.

This car will still need going through all the mechanicals as it has been unused for 23 years.

Amazing what you find when looking about and taking to people.
This report was published via Actifit app (Android | iOS). Check out the original version here on actifit.io

You have been rewarded 101.0505 AFIT tokens for your effort in reaching 8930 activity, as well as your user rank and report quality!
You also received a 1.21% upvote via @actifit account.
The following boosts were applied to your post: