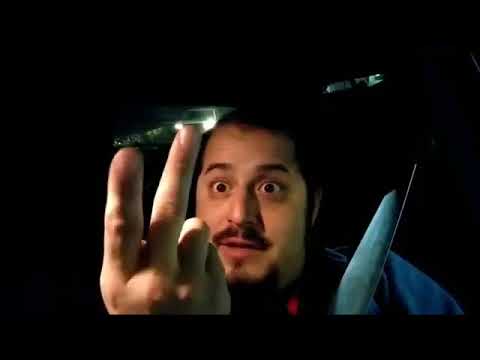 T met Defango in April 2017 and Defango tried to extort T. Defango found out Ian did start the puzzle and T was only doing minor stuff, no coding , cause T is a composer, however Liber primus is a musical notebook in part, and T did have much to do with it. You have to look at the five dot pages to open it.
Page 7, 23, 56, and use totient function.

Now, as far as the bomb hoax, Defango may have been part of it, but you must believe me. T was set up as a patsy. Yes, leon spoofed the command line.

PGP sig was handed over to a woman named Shay by Ian, Shay and TS were in love. Linda Barrett, T's landlady was jealous. The reason why Shay ducked out is that Linda stalked her and also stalked Beth, one of T's ladies. LP code is musical notes like this.T met defango on 4-29-2017 in Solvang with Linda Barrett, who was TS's roommate and landlady.
T handed the spear over to Defango to loan it. Then spear was given by Defango 3 days later to Michael Levine.

The reason for the PGP mix up is that Linda chased Shay away , after doxing her shit viea been verified. T says Linda owed him money, Linda claims he owes for rent when he was in texas with defango. Leon does the fake PGP in April while real PGP is in FLA somewhere.

Look at how crazy Linda aka chiamother is after Defango triggered her get info on where Shay is, you can find the PGP sig.

TS was involved with puzzle in 2012 and she was watching and taking notes the whole time. She rarely picks up her phone She flipped on TS because he told her he had a GF. Linda had eyes for him. He was dating a woman named Beth Blackburn and she was married.

The PGP was handed to Shay on January 7th 2014 at a coffee place in North Beach with Ian, Thomas and Shay in attendance. Ian basically created the puzzle and did it as an ode to TS. Ian got the idea from this stuff
Heaven and Hell. as in William Blake
youtube.com/user/xxcode322
Primes/Math
sfgate.com/bayarea/article/Hardly-a-lullaby-A-violent-attack-turned-Napa-2669136.php

A contact at Dockers , where Ian worked and Ian had told him all about it. Seems Ian did a first para 4chan with wanna crowdsource an investigation. That went 404 Nov 2011

Then dec 2011, the name Cicada 3301 was created, since TS was being stalked by bad dudes connected to bad stuff up in Napa Ca
A guy called Leflar and some corrupt city folks.
Look at comments on this article
napavalleyregister.com/news/local/cold-case-unit-looks-to-wrap-up-mysteries/article_30b075ac-8c24-11e1-beb2-0019bb2963f4.html

Stewart dairy farm was where cops use to rent cottages in the late 50s and early 60s. Seems some women and kids were killed by cops there

Then this came out in 2015
youtube.com/watch?v=e857lFj-Crs This child was found dead on Stewart ranch when Bucky Stewart was DA investigator.
TS was investigating corruption. and was targeted by corrupt local police.
Told ya he was innocent
crimemagazine.com/forever-5-kidnap-and-murder-doreen-heskett
Defango wanted to steal the puzzle so def could make money

In the Pi Mobi puzzle, there was a clue that led to Ian's house and to a file. TS was tricked by Defango and they ended up trying to ruin his life, even doxxing him like they did to J1337 itsits clear to say that Defango tricked TS, and others, as he always does.
He attacked J1337 and people wepissed. J1337 is a das a damn good solver, perhaps the best. Defango and Lestat plotted to steal the puzzle.

Lestat threatened to reveal the plot and Defango backed down.Defangos crew is Jet, Cheri, Diane Nordstrom, Lestat.Maga Coalition, etc
Defango for his making money off others.Brotherbox for domineering Reddit with Ill aka Nox.

Ian was right to boot Nox and Marcus in 2013.They were too noisy and collective solve is not what cicada wanted..They want individual pilgrimage..TS was only the musician, it was Ian who had the chops for code.

Ian handpicked Z, but TS made a huge mistake in bringing in Defango in april 2017. It messed up the puzzle. It really looks like Lestat and Defango were trying to take down TS
Interesting thing is, the music is powerful and has drawn in so many.
They have someone named Z. He is actually a very good encryption guy.

FatFucko is the slimiest Piece of Shit in this whole affair... Frankly.

He might be. Im not sure of the crypto expertise this guy has. Only that he has books and a great writer. Maybe hes apart or not. Lol