Fan Art of "Deet" from "Dark Crystal: Age of Resistance" 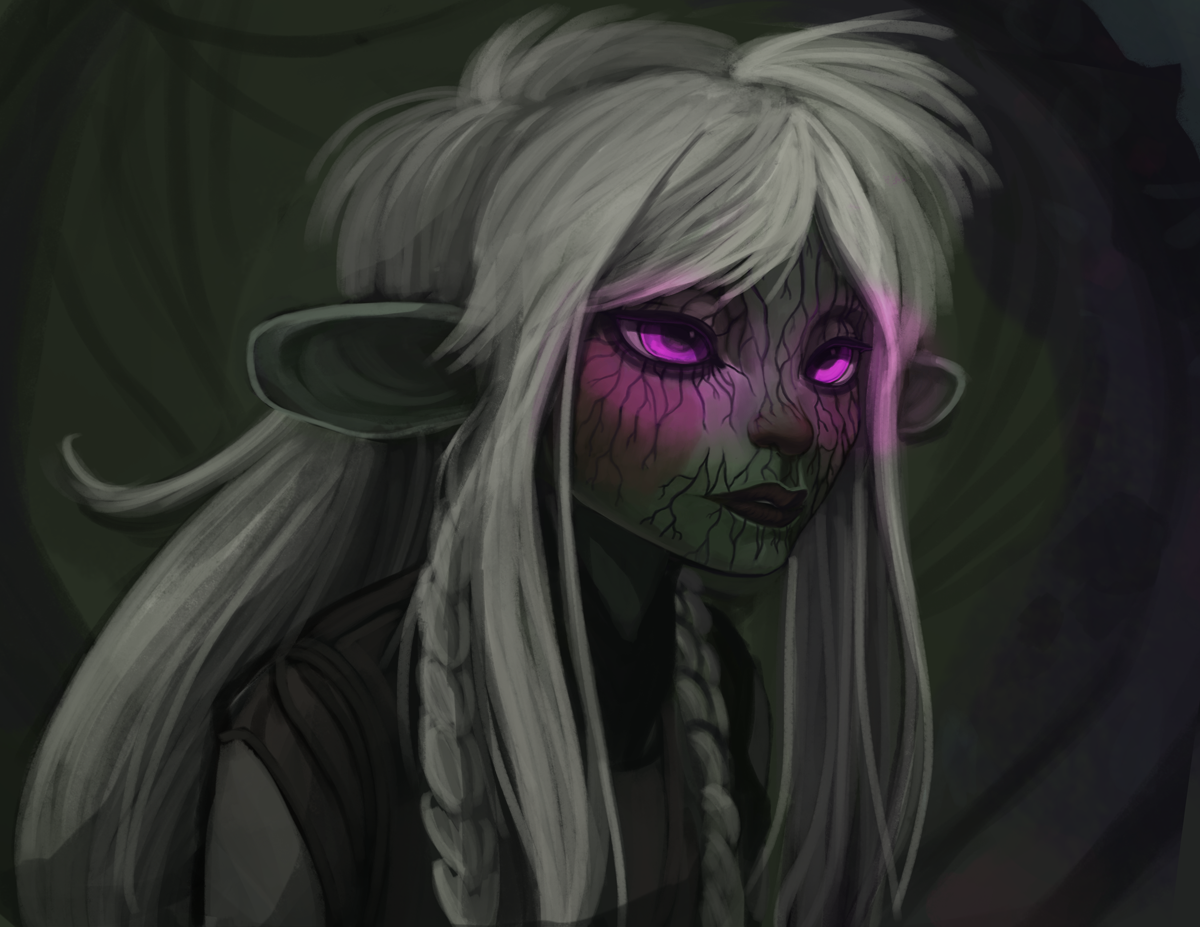 Made fan art of Deet from DC: AoR! I looove the show, and highly recommend it to those who want to experience a unique fantasy adventure.
Deet herself is one of my favorite characters, due to her integrity and courage through the adventure. She is soft-spoken and initially ill-received by the other gelfling, who have grown jaded and judgmental through Skesis Rule. As above, so below, they say. The Skesis influence on THRA is much deeper than simply the darkening, as they act on the idea of SEPARATION itself.
Over the years, the Gelfling clans divided, due to the passage of time and Skesis influence. Uniting the clans and residence of Thra to overcome the Skesis' greedy growing blight lies at the heart of this adventure.