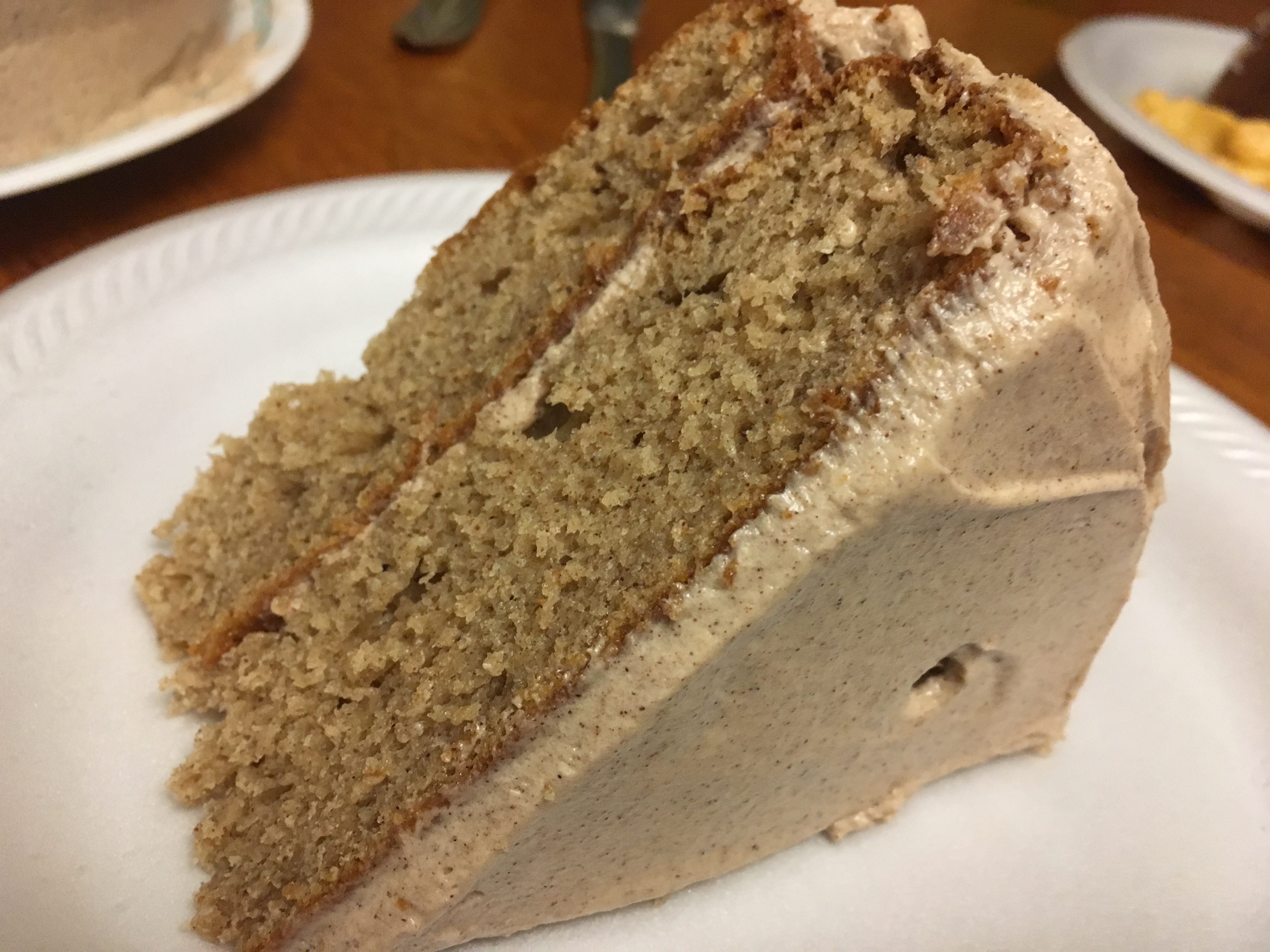 It is my daughter's birthday today, and keeping with tradition, I made her a birthday cake. This is my 12th year now.

So I had to come up with a recipe, and let my fingers do the walking duck duck go style lolz. Found a cinnamon cake recipe, and made some modifications.

And let me tell you, this cake is Bangin!

If anyone wants to give this a spin feel free to take a swing for the fences.

Preheat oven to 350 degrees. Grease with shortening and flour 2 8" round cake pans. Set aside.

Divide the batter between the two prepared pans. Bake 22-24 minutes or until toothpick inserted into cake comes out clean. Cool in pans for 10 minutes, then remove from pans and cool completely on a wire rack.

Beat 1 cup butter in large bowl of an electric mixer until light, fluffy and almost white in appearance.

Add 3 tablespoons of heavy cream and beat until light and fluffy, about 2-3 minutes. Add more powdered sugar to stiffen the buttercream, or more heavy cream to make it more spreadable, as you desire.

**If you want a barely sweet icing go with 2 cups of powdered sugar. Although with that amount it is more butter flavor fyi. Your call. :-)

*Tip: if you are in need of a stiffer icing, make as directed, and then stick it in your freezer for about 5 minutes or so. Chill it and you're good ta go.

For your own good, be careful with this cake! Put down the fork after you've eaten a piece. Fair warning for all LOL. :-D

Happy Birthday once again my girl!!

Happy Birthday to your daughter 🍰🎂🍰🎂

Thanks @thekithcenfairy! Hope all is well on your side of the world. :D