Calling All Musicians, Producers & Creators Of Music On Steemit! 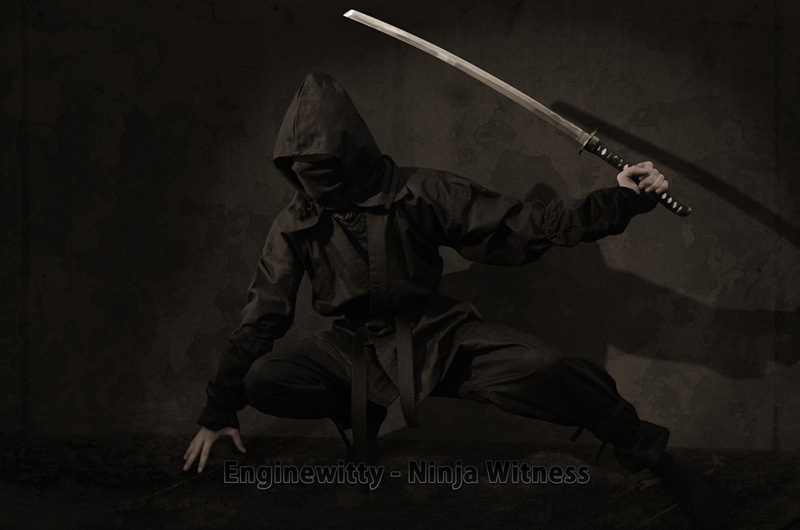 This is a shout out to all my musician and producer friends on the blockchain, and anyone that needs a good witness on their voting page. I would like to bring your attention a witness that many call a friend, including myself, that always has his ear to the ground listening to the people on the blockchain. So who is this mystery witness that I speak of, and what is he all about?

@enginewitty has been a big supporter of music and musicians on Steemit for a long time... he makes music as well, spitting some bars with fire! :D He also created the Killer Whale Karaoke Contest, which ran for a long time, of which I was also a Judge. He is also a major sponsor of The Blockchain Music Challenge for the 1st and now 2nd season.

He is a family man, married with 7 children and has a few of step children as well. Is very well educated with a degree in English from Bemidji State Univerisity & Tennessee Tech, and is also a Navy Vet. He has various black belts in kick assery, and yet is one of the most humble people. He also goes out of his way to help the homeless people in his local neighborhood, without seeking recognition. He's someone that is a free thinker, is true to himself, and never gives up.

@enginewitty is also one of the most approachable witnesses that I know of, and that says a lot. He always has your back, especially when you need it most. He is the creator of TheAlliance, or TheFam as we like to call it. He recently went to the Block Party in Colorado, which he made happen, with help from a few very cool people. He cares about communities on Steemit, and the people in them.

So I ask you my fellow musicians, producers, and anyone that likes music... who you voting for? Someone that talks the talk and lets you do the walking? Or would you rather vote for a witness that actually listens to the people of the blockchain. Because that is what counts, someone who listens and does what he can to make a change.

We need some change on the platform, and I call on you to help out in that regard. Make your voice heard, and vote for @enginewitty.

Take a minute, click the banner below to vote, and show your support.

Very proud to know him and call him Brother and Friend!

Thanks :D Yes it is.

Well hmmmph, guess I will be taking shit from you today then! Ahahaha :D

Got a link to vote him as a witness? :) Or is it that rotating image thing?

Thanks my friend, much appreciated! ;)

Thanks for sharing the info! Information about Witnesses and voting for them is something that is greatly missing I feel on the platform

You're welcome man! Thanks for supporting musicians here 🙂

Highly appreciated man, got me a little choked up over here.

Lucky you @inthenow here is your COFFEEA, view all your tokens at steem-engine.com Vote for c0ff33a as Witness

Hi inthenow the SHADE tokens are on the way.
Thanks for sharing SHADE
To view or Trade SHADE visit steem-engine.com

Sheez @inthenow! I didn't know before every detail of @enginewitty credentials, skillz, strengths & endeavors throughout the Steem blockchain. I didn't even know he was a witness either.

In fact, very little he had interacted with me along these long three years as to have known all this before. 😲

But I guess it's never too late to skin alive & properly a fellow music cat, knowing now that he's also a music lover, producer and busker. So, from now on, you and he might count with my vote for his witness account. };)

Hiya! :D Yes it's never too late. Thanks for your support, very much appreciated!

I could watch this youtube video forever in a loop :)
This guy (Jack Broadbent) is great!!!

He got the feelin' he master the hip flask slider. He got the swampy soul!!

Thanks my friend, appreciate it! I will up date that here directly. :D

Here is a !BEER for you - with all the work you must be thirsty ;)

Thanks! Yeah love a good brew on hot days. :D

Hey @inthenow, here is your BEER token. Enjoy it!

110% agree with this, @enginewitty is a great Witness for all communities - always working hard to keep people interested and active on the Blockchain. I would vote for him twice if I could. !COFFEEA 15

Lucky you @inthenow here is your COFFEEA, view all your tokens at steem-engine.com Vote for c0ff33a as Witness

well that's great, you have support from engine..I voted him as a witness and I meet him at the ramble discord server. And I found it in #pypt discord

Thanks a bunch, very much appreciated! :D Engine is good people... nuff said. Have an awesome evening. :)

!SHADE 1
Thanks for engaging with posts presented on PYPT

@brisby shared this in PYPT, and I agree that @enginewitty is a wonderful presence on the Steem blockchain and in Discord! It is great to have someone who makes so much of a difference as he does! 💜

Absolutely. :D He is a force to reckoned with! We need more like him that's for sure. Thanks for the share @brisby!

!SHADE 1
Thanks for engaging with posts presented on PYPT