Sigil For My Boyfriend's Health... 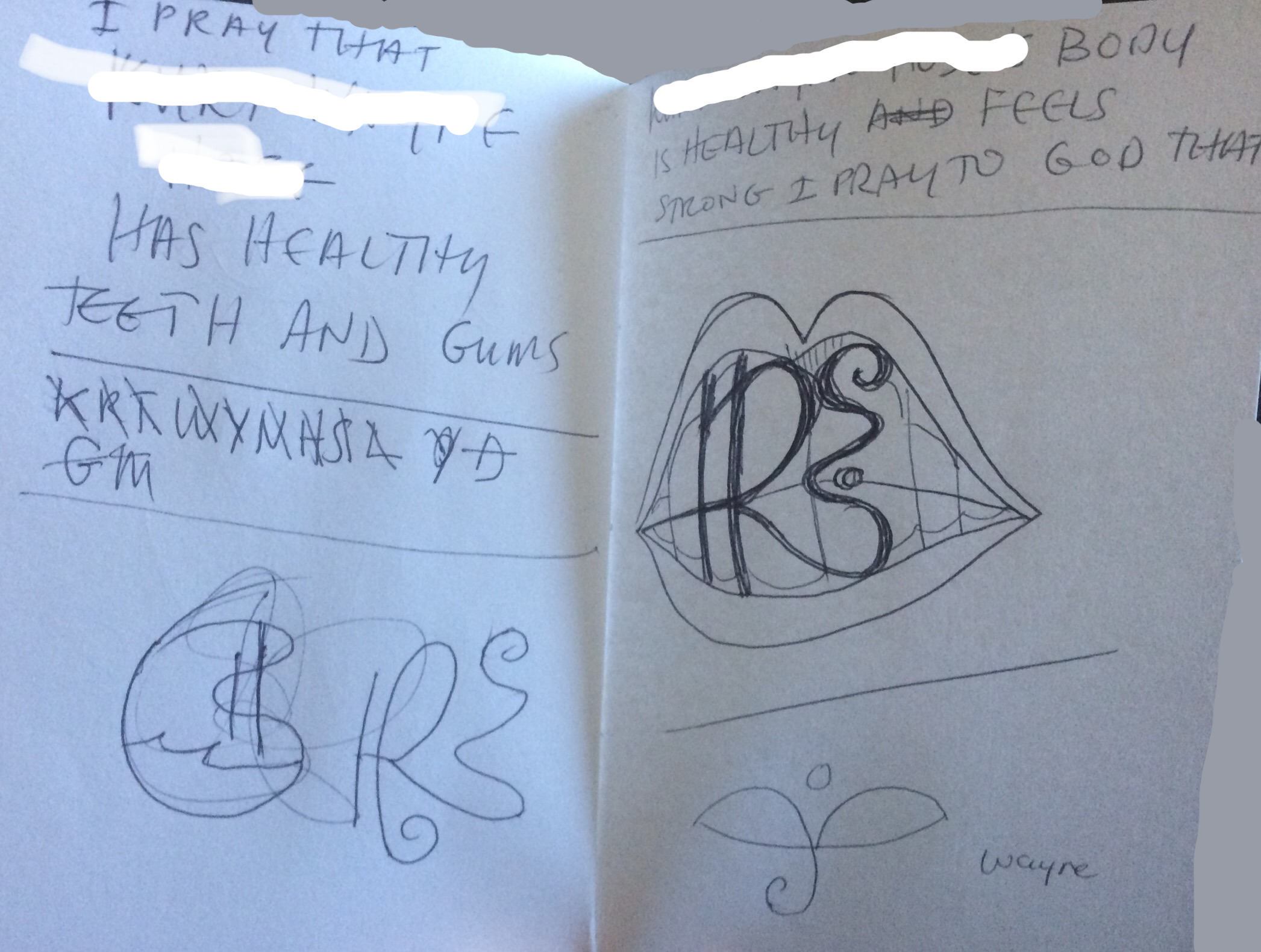 A powerfully psychic friend of mine told me... that she prayed that her boyfriend would stop smoking cigarettes for a year and he quit on his own.

I thought about this for a while, and I have been concerned about my boyfriend's health - he just does not take very good care of himself.

Take for example, his teeth - he does not floss. I can tell that his gums are dark red and I have never seen him do much more than brush. He eats tons of sweets too.

I use a Waterpic flosser but I had been flossing for a long while and gone through rejuvenating my gums from not very healthy to healthy as I noticed them receding on my teeth... Now that I have no money and no dental insurance due to the accident - I have been using my Waterpic flosser and my electric Oral B toothbrush religiously because I cannot afford a cavity.

I have had one tooth pulled several years ago and never want to go through that again. It was like losing a member of my family.

I have been concerned about BFF's mouth - because I know he brushes, but he's definitely not flossing. When I first met him he had a bad case of hallitosis and I had to tell him about it- that was very difficult to bring up nicely, but I had to because of kissing.

I can see something weird about his gums when he smiles but he is such a private person, I just cannot "bring it up" to him - and it won't help - I am so direct about things - it would be better if I could approach on the flank on these delicate matters.

Anyway, I decided to make a sigil for him - "I pray that KWH has healthy teeth and gums"

Yesterday, he was on his way to pick me up, to bring me to start living with him, because of my Mentally Ill Roommate, and he was struck by severe tooth pain.

He called me to tell me he could not drive. He ended up going to the ER and getting a shot and also anti-biotics.

How interesting, I thought, that this should happen just when he is coming to pick me up... it is confirmation that it is answer to my prayer for him.

The wording of the Sigil means that he eventually will have healthy teeth and gums, but only after he goes through the necessary pain, I see.

I am still learning about Sigils. is this a violation of his free will? I couched the sigil under a prayer so I believe that it is within the highest interest of all that his teeth get healthy, but I am not going to say - "Oh honey, I made this sigil for you that your teeth are healthy!" I shared it with my friend instead...

He has an appointment at Comfort Dental at 2pm. I hate Comfort Dental, but I went to them in the beginning too - till they tried to get me to do that gum-scaling - he probably actually needs that however. I did not. I have an excellent private dentist who is currently on vacation.

I also found out there is a reflexology point for teeth that I used when I could not afford the root canal for that tooth. I also used oil pulling. I will go back to that one day, but living with boyfriend is going to make these things I do more difficult.

I am turning this whole matter over to God.