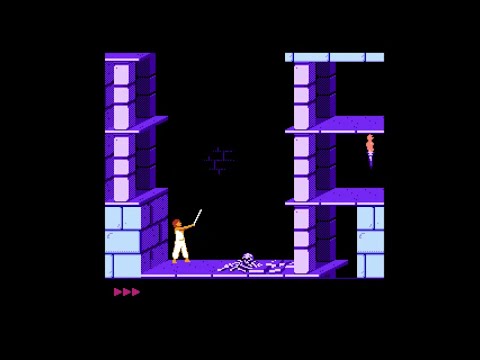 Prince of Persia was released in 1989 by Broderbund Software for Apple II. Later ported to many other platforms. It is a two-dimensional platformer that combines jumping and running through the dungeon with sword fights. The game had advanced graphics for that time and immediately became very popular in the world, raising the quality requirements for games to a new level.