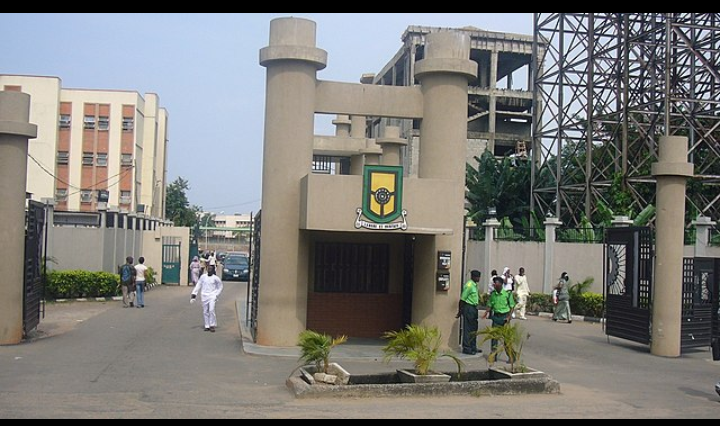 Hello fellow steemians and I trust we're staying safe and fine??? Thank you @campusconnect for this great opportunity to talk about our various institutions of learning. Like I said in my introductory post,I am an ND2 student of Yaba College of Technology (Yabatech) so I would be giving the world an insight about my school. Sit back,relax and enjoy.

Source
Yaba College of Technology(Yabatech/Y.C.T.,as it is fondly called) was established in 1947. It is a great citadel of learning that drills its students not only in the aspect of education but in other aspects as well(morally,socially,psychologically). The rector of my school is Engr. Obafemi Owoseni Omokungbe. It was formerly known as Yaba Higher College,Federal Polytechnic Yaba. The motto of my school is "Labore Et Veritate,"which simply means labor,and in truth. It is the first higher educational institution and it is situated at Yaba,opposite West Africa Examination Council(W.A.E.C.),Lagos. It has a student enrollment of over 16,000. Its color is yellow and green. It also has its own radio station,Y.C.T. radio 89.3FM. Yabatech has 8 schools(faculties)and thirty-four academic departments with a to ta of sixty-four accredited programmed,across Nations Diploma(N.D.),Higher National Diploma(H.N.D.) and Post H.N.D. levels. The student population which is made up of both full time and part time students is in the range of 15,000 while the staff strength is 1,600.
In 2019, I got admitted into the prestigious college for a two years National Diploma course in accounting. I would have been done with my ND program since last year but due to the pandemic and strike,I am still undergoing the program. Yabatech offers a two years program (ND) after which,you proceed to your IT and then,if you desire,you come back for your HND which is also two years, so approximately,you spend 5 years for a course in Yabatech. This great citadel of learning is in affiliation with the University of Nigeria,Nsukka(U.N.N.)

COST OF EDUCATION
The cost of education is a bit reasonable compared to other institutions,just that the mode of payment is not fair on the part of students and their parents/wards. Students are not allowed to pay their fees in installments and also,a penalty fee is is charged for late payment which I don't think is fair. All fingers are not equal,so I suggest that the fee be reduced a bit but if the fee must be the same,then students should be allowed to pay a semester's fee at least twice or the penalty charge on the fee should be removed.

ADEQUATE INFRASTRUCTURE
My school's mode of teaching is top not but son of its infrastructures tends to disrupt lectures. What I mean is this,most departments have to share lecture room with other departments for lecture or you have to leave wait for a department to be din with lectures before your department may have lectures which I consider poor for a Federal institution of learning. Even the roads in the college new renovations. I know of some school(faculties) who have commenced construction of lecture rooms thought.
Yabatech has been in existence for a long time now so one would expect that we won't be having infrastructural problems or is it the hostels that are not condusive enough for students? But then again,this is Nigeria(it is always business as usual). Although,some schools(faculties)have done well in developing their lecture rooms,some still have to do better.

COMPETENT LECTURES AND DEPARTMENTAL PROCEDURES
My school do have competent lecturers,lecturers who at more than qualified and equal to the task. Their standard of teaching is top notch,I must commend them for that. While I was still in secondary school,I used to have issues in arithmetics and this got me bothered as to how I'd cope in higher institution because I heard a lot of tales of how lectures take their students in class. Fortunately for me,my business maths lecturer (I don't know his full name but he is addressed as F.O.B. by those who know him)taught us so well,like he broke down the course to the minimum level so that the least person would understand and yes to my greatest surprise I did well in that course all thanks to God and the lecturer. So yes,we do have competent hands in my school and their mode of teaching is superb.

Although,Yabatech its own sports complex,it really isn't something you'd expect from a Federal polytechnic. On the field,it has a soccer pitch and basketball court which are not functioning much due to low patronage from students and lack of attention/maintenance on the part of its management. I would love it if my school looks into the aspect of sports because they're lots of skilled,talented young athletes who need the right mentorship to enable them harness their skills and talents. Beside all work and no play makes Jack a dull boy.

ACCOUNTABLE STUDENT UNION
Hmm... If I tell you the Yabatech has no student union,would you believe? No right?. Unfortunately,Yabatech has no student union,although in 2019 the rector of the college promised to restore it but nothing has been done to bring it to effect and this is 2021. Yabatech's lack of an SUG(Student Union Government) has and is doing more harm than good to its college because the lecturers are imposing their laws on us whether fair or not and due to the absence of the SUG,they is no one to fight do that students. I really do urge the management to reconsider its stand on the lack of an SUG and I appeal to them to provide one soonest.

But in all honesty,I still love tho college because it tends to add value to its students one way or the other. For instance,some type of dress in have been banned from the college like armless tops,shorts,crazy jeans,skimpy gowns and the likes. I feel that if if students are allowed to dress the way they want,then Yabatech would no longer be a school but a club. So yes,I still love my school so much.
Thanks for your time in reason this article and I hope you enjoyed it. Best regards🤗🤗

Wow! Beautiful. Your school is really cool i will like to visit@ifylove

I'm looking forward to that