The Blood and The City 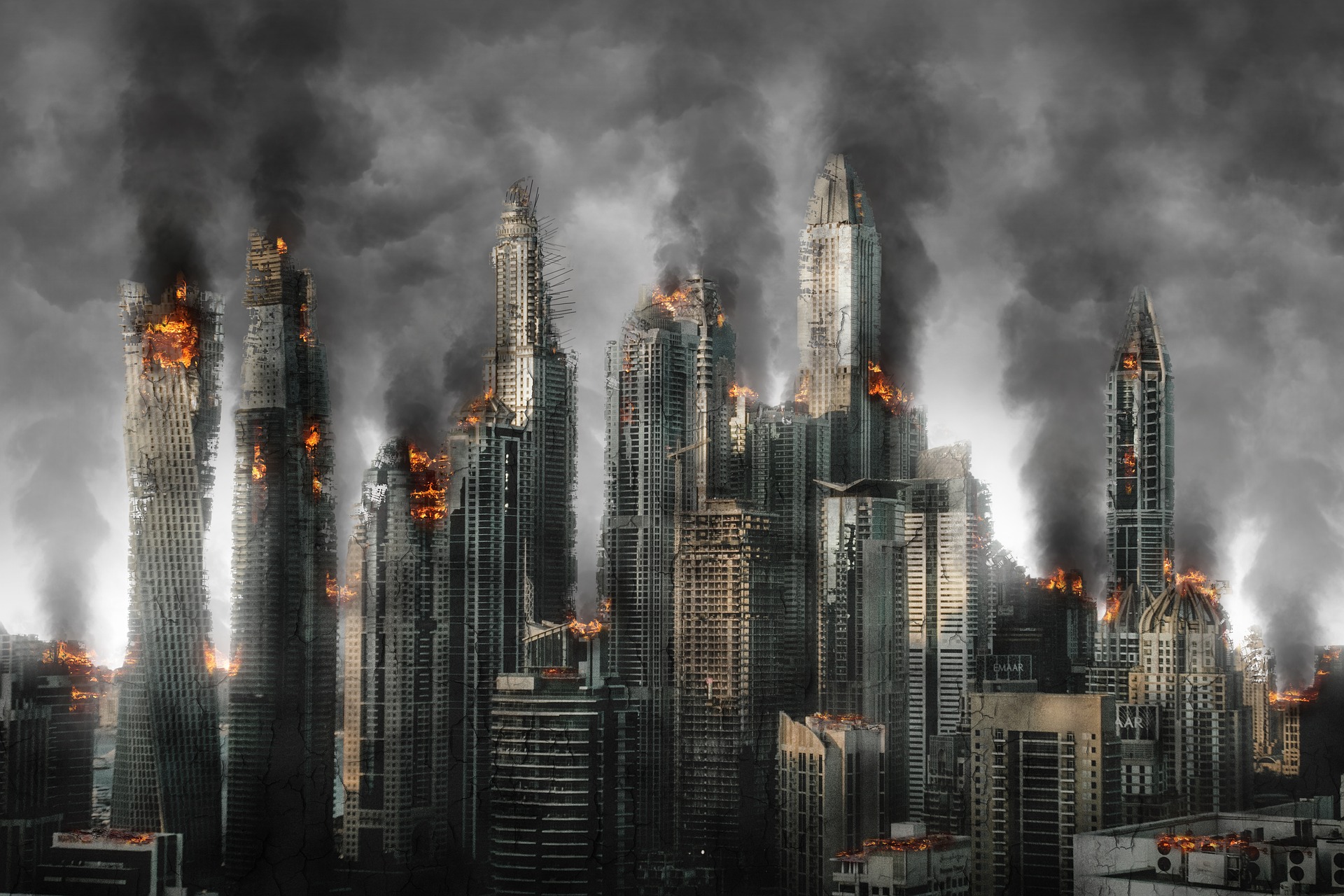 There was horror in the air, the peace of once a beautiful city has been destroyed, people were seen running helter-skelter to secure a safe space. The city walls were stained with blood and dead bodies lay on the floor. Parents match the dead bodies of their child and likewise, the children did to the corpse of their parents.

What mattered most is to survive in the war zone.

"Diana you are not going out there" Queen Kafi stood at the door blocking her daughter from passing through.
"I am the Princess of this Land and father's heir, I can't sit and watch my people die like animals. If Father was here he wouldn't watch and do nothing." Diana replied to her mother tenderly.

Queen Kafi spoke amidst tears "but your Father is gone, those military men out there who are murdering our people killed him, they killed your father, our King."

"Unconfirmed ma", Diana stood up and she walked to where Queen Kafi was standing and held her by the palm. "We can't say for sure because it's not confirmed, we don't really know what happened. Our people are in a rage because they think the military killed the father, their king. I got to explain."

Queen Kafi slapped Diana twice. "Are you dumb? Your Uncle Felix said he saw those soldiers as they shot your father and if it wasn't the mercy of our gods that made those murderous soldiers think your Uncle is dead they could have finished him off too."

Diana held her face with her palm "where is the so-called Uncle Felix right now when the city is at war? Where is he mum? She said as a drop of tears fell from her cheek. I missed death so much and we are all grieving, For the past seven days I have been grieving, Dad promised to make me the first female to own a car in the city when I turn eighteen in two days from now but that's gone now. But I got to keep his legacy as a man of peace who cares for his people."

Queen Kafi yelled "No, I can't let you go, Diana. I only have you and your sister left." "And you may be the heir of your father but you are not the heir to the throne, your Uncle is and he wants the city men to war with the military to give your father the justice he deserves. You don't owe the people any duty."

"Ma, I may be a woman and not allowed to rule according to tradition. But I am not going to sit here and be a princess hiding under the city guards to protect me while my people die out there. You have chosen to be a Queen but that's not me, I am going to be the Princess and not a Princess."

Queen Kafi screams in pain as Princess Diana stepped out with her megaphone, crack and shoot gun loaded with bullets and a sword belt on her waist that was gifted to her from her father when she was 16 years old.

She was determined to stop the war and restore peace back to the Land and she walked from the Palace.