Since the advent of internet it has been easy and simple for people to transact business without meeting physically.The centralised internet has given us the ability to reach out and link up with people for services or goods.Sometimes this business dealings may be at a disadvantage due to different nationality.Your project and business is at risk because you do not share same quality with this mysterious person you are in contact with.Here is why the blockchain technology has opened a lot of doors for humans to show and discover their potentials.With this development we have seen a lot of growth both on and off the blockchain,from finance to media,blockchain has stepped up the game.It has giving us an option to invest in little things because no one can predict tomorrow.

With this given opportunity,it has awaken several project and one of them is Aragon. Aragon hereby believes that anyone anywhere should be able to work with anybody else.Also doing business over the internet is usually expensive most times and confusing.This is also why Aragon introduced the digital judiciary.Can you believe having a digital jurisdiction is the next big thing! Do you know you can manage your organisation structure on the blockchain now?.This is why you need to port to Aragon and make use of all this benefit I will be explaining below.

Ranking on the stateofthedapps Mew list, Aragon is an open source project founded by Luis Ivan Cuende and Jorge Izquierdo in November,2016.Aragon is a decentralised application built on the Ethereum blockchain that allows its user to manage and create corporate structures by using the blockchain technology tools.With the help of this tools, it will help simplify the stress that comes with organisational management either in a small or large scale. Aragon is a non profit project with the vision to make it simple and easy for individuals to set up an operating organisation on the blockchain by using the open source tools and the security that comes with Ethereum.

Aragon gives organisation the opportunity to build their structure from the scratch while using the open source code.They are also bringing judiciary nature to the blockchain by introducing the court of law that will guide the organisations on the blockchain.

By doing this Aragon is making sure users on the platform are a part of an organisation or community and this rule is to ensure everything is organised on the platform.With Aragon's infrastructure, anyone can create values without border or intermediaries.Thereby making the platform a decentralised one.

The court stand to preside over the network by solving all matters that are not included in the smart contract.
According to the whitepaper,all dispute arising from proposal agreement will be solved in the Aragon court.This is where the Jurors have the ability to resolve disputes and also eligible to earn part of the resolution fees.
They resolve dispute based on there stake value and are required to rule for a particular dispute within a specified period of time.The verdict will depend on the majority.In this court, an appeal can also be made before the final verdict.

The court has procedure attached to it. First is the decentralised court, If by the first judgement the applicant is not satisfied,they can take it to the next realm by posting a bigger fee than the previous one and this will involve all the jurors in the court hereby providing the applicant with large audience.Once voting is done,if the applicant is still not satisfied,they can then take the case to the supreme court of Aragon.Here the best and top 9 judges of the network will preside over the case.These fellows are the highest member in dispute resolve on the network and also the last sitting on the network,any decision made here is final.If it is different from the the previous ruling,there will be penalty in which the previous judges would have to forfeit their rewards and if it's in favour of the previous ruling the previous judges from the 2 court will be rewarded.

It takes a few minute to set up your account. 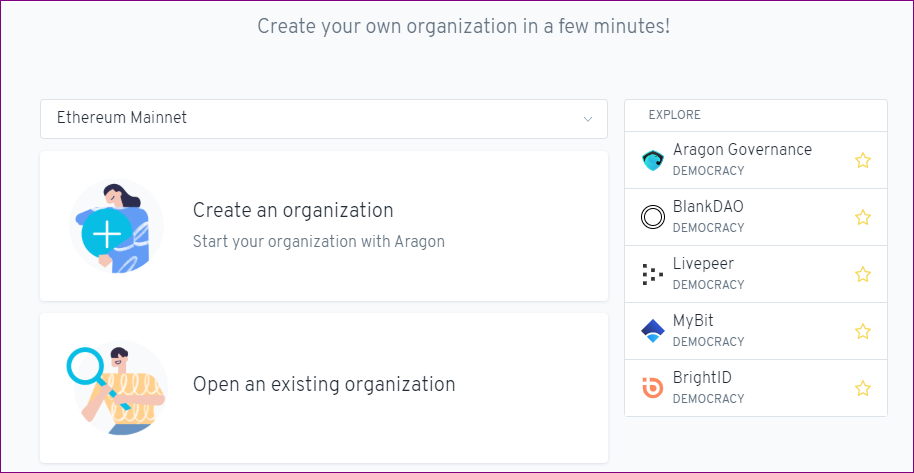 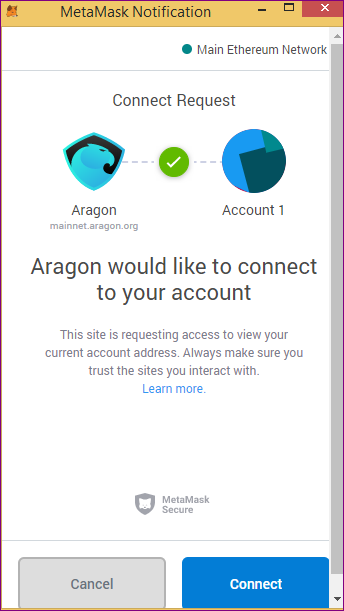 This is the designated token for the Aragon network and it is used for voting transactions and court transactions.It is an ERC20 token which means that it can be stored in any ERC wallet.
The token was launched in May 2017 and till date it is still one of the most successful ICO in history because it raised $24 Million in fifteen minutes.The token is listed on most cryptocurrency exchange platform like bitrex,liqui,hitbtc among others.The number of token you have will determine your voting strength on the network.

WHAT ANT TOKEN CAN BE USED FOR

Aragon network is here to relieve organisations of middlemen administrative bodies.It will help reduce cost spent on trips,representatives among others within the organisation.

All images are cropped from the Aragon Website and media channels.