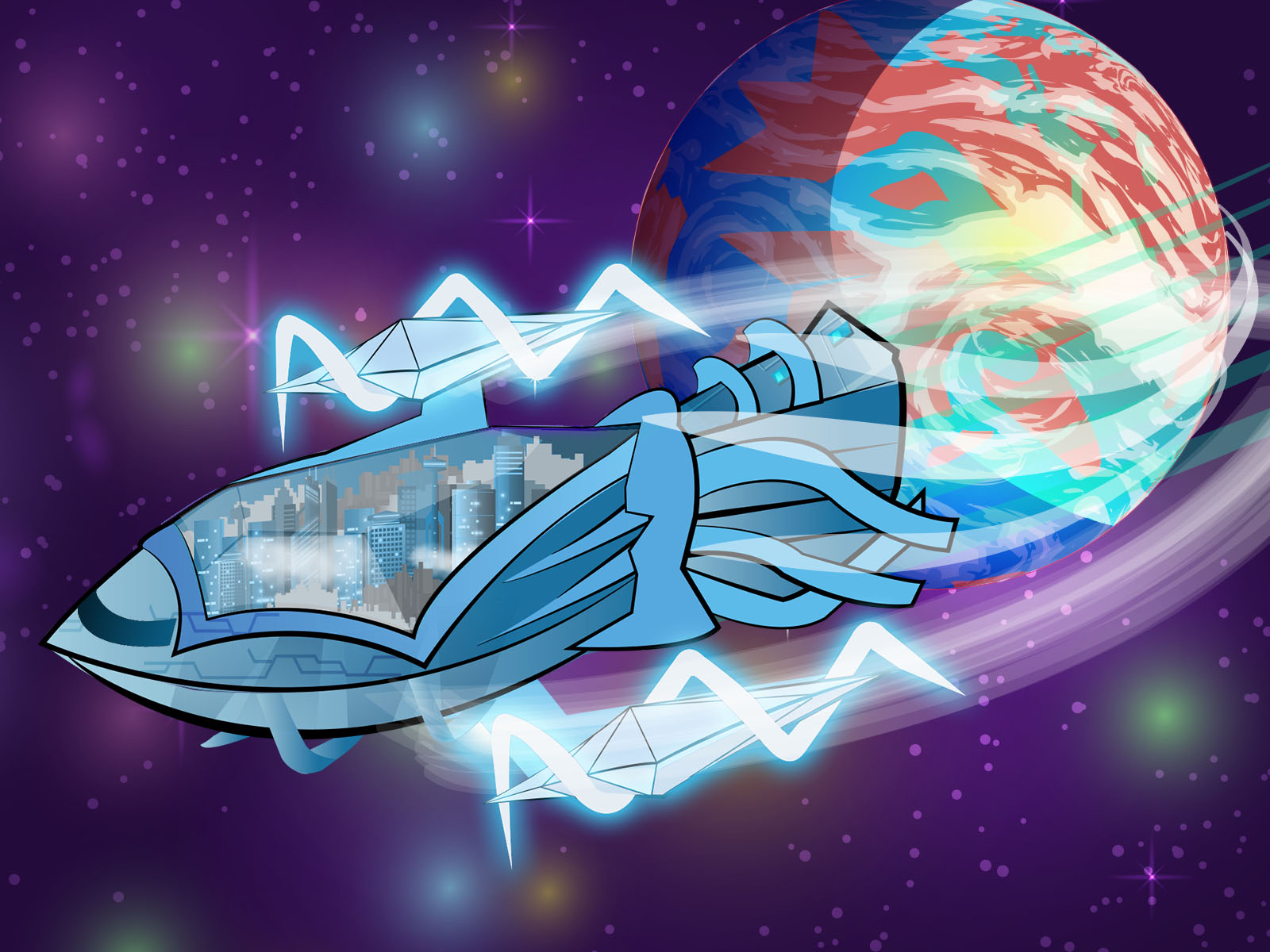 Hello there! Welcome to our digital spaceship castle.

Hey IFC peoples! Hope you're doing well. :)
The results for the seventh round of season two are in.

Sorry the voting seems to have slowed down a bit again, however... I'm grateful that we have the two judges helping who are and I don't want this to seem like too much of a job for them or to put pressure on them so I just want them to do it when it works for them and eventually we'll get there!

It's a busy world, and I've been a lot busier since I started my new job as well, so... It just is what it is, it might be a while before we get everything voted up and all that, though we are working on it and we'll keep making progress until we get there!

Thank you for your patience and understanding. <3

apolymask - I'm giving 1 to mistakili cause I thoroughly enjoyed his entry and found it positive and inspiring. I'm giving 1 to simplymike cause her entry was super creative and also very funny as well and I learned a new word in addition to all that! And finally I'm giving 1 point to... It was a tough decision as leaky20 did a really awesome entry, but the.seeker's entry really hit me on a much deeper and emotional level and I resonated with it a lot.

xomegax - Jbreheny 1 i didnt expect someone would try and do a letter like w/y/z/q and it was well written Simplymike this is by far the nost understandable and makes sense good work! Leaky20 1 the length and the amount of time dedicated to it makes up for some lines where it doesnt quite make sense but it did well

enforcer48 - 2 for @shaheerbari: Simplicity at its best. 1 for @leaky20: That was quite a tongue twister.

I like to keep the bonus rounds in a similar theme so the object of this one is going to be essentially the same as last time except you don't need the words to all start with the same letter, you can pick any letter.

The contest only requires one paragraph, of four sentences.
The length of the sentence is up to the writer.

It's basically a small word game free for all.
It's up to you how you go about it in terms of style could be poetry or prose or whatever you'd like, just one paragraph of four sentences.

And then we had a bonus round here also for best idea for a new round in the IFC and...

apolymask - Giving all 3 to the.seeker for his homonym idea which I think is really interesting and intriguing and which would probably be a lot of fun! And it's similar to bashadows word riddle which I think is cool as well.

Another tie.. I think this may be the first bonus round tie we've had as well?

Now... Since I like to keep the theme somewhat similar in the bonus rounds I had a really difficult time figuring out what the object should be for this one.

Had such a hard time thinking of something, took me numerous days... I was thinking maybe an idea for one of the final rounds, or an idea for a tie-breaker round, or something for the marketplace..? But, none of those seemed right.
I eventually thought about just giving them both a win and moving on, but...

After thinking about it for a while I decided that the tie breaker round for the bonus round is going to be coming up with an idea for a bonus round quest.

It's essentially sort of like the last challenge, except that instead of an individual round it will be a bonus round that you're coming up with the idea for.

If you were one of the individuals who tied please leave a comment below so I know you've seen this post, otherwise I'll be going around trying to contact everyone to make sure that they know they are in a tie-breaker round.

Also, you have a three-week deadline for the tie-breaker rounds, I know things are busy and hopefully, that's a good amount of time. And if it takes longer, I imagine the other players will probably understand and allow you an extension.

The community has been very supportive and understanding, I think we're all very busy.
Good luck!

I was a little unsure about how to do the leaderboard this season without being too confusing, so... I'm going to put those who have won points from season 2 on top, and will keep those from season 1 on the bottom.

I think at the end of the season I will likely combine both season 1 and 2 scores together. If you played in season 1 you still have your exp and items, I'm just showing it this way so it's easier to keep track of who is in their proper ranking place during the new season.

Original by @yeszuzia and modified by @charisma777

I saw the post. Looks like I'm in a tie breaker round. So am I understanding this correctly?

For the tie breaker round we are doing the same thing - creating a 4 sentence paragraph using just one letter and the letter doesn't have to be the same as the one we used in our last entry. Is that right?

I have the same question. The assignment isn't really clear to me, to be honest.
Also, it would be useful to have a link to the original contest post, so I don't have to spend that uch time trying to find my entry again

Sorry for the confusion.
Here's a link from the previous round.
https://goldvoice.club/steem/@ifc/ifc-season-2-round-7-bashadow-s-word-contest-idea

It's basically the same as last time except instead of being limited to 1 letter you can use whatever letters you want, it's basically a freewrite and the only rules are "The contest only requires one paragraph, of four sentences.
The length of the sentence is up to the writer."

If you are still confused or have any questions, let me know and I'll try to explain it better.

"The contest only requires one paragraph, of four sentences.
The length of the sentence is up to the writer."

Hopefully that clears it up? If you're still confused or have questions lemme know and I'll try to explain it better.

Cool. Thanks.
I'm just going to do the same style of post as I did originally. I thought that was fun :)

It's a busy world, and I've been a lot busier since I started my new job as well,

Congrats on the new job

I'm honestly also lost about the info of the entry, I await your further instructions

Thanks mistakili! It's nice to hear from you!
I also just received a promotion at my new job the other day so I'm pretty excited about that!
In regards to your confusion on the entry, you weren't one of the people who tied so you don't need to do anything this round. However you did score a point and because of that you have made it into the finals and I will be sure to let you know when the finals start. :)
Hope you've been doing well!

I also just received a promotion at my new job the other day so I'm pretty excited about that!

I'm okay thank you, could be better ofcourse...okay I look forward to the finals....whoopwhoop.

Thanks man! I appreciate the encouragement and positivity! :) Glad to hear you're doing okay and I hope things get even better for you! I look forward to the finals as well, though it sure is taking a while to judge all the rounds so it still might be a while yet before we get to it. It should be fun though!

Hey @apolymask saw your comment and I guess I'm in another bonus round, will be submitting my post soon thanks.

Indeed man, you're welcome and thanks to you as well!

Here is my entry for the tie breaker round. @apolymask I know that you have copyright concerns about borrowed images but the ones that I have used in the post are from a movie from 1971 and they have been used in countless memes over the past decade or so. I personally feel like they fall under the "fair use" category. But nonetheless I trust your judgement so if the judges cannot vote for my entry then I will understand :)

Hey there, here is my entry for the tie breaker
https://goldvoice.club/steem/@shaheerbari/tour-de-pakistan-day-4398148aecce9dest

Hey. Sorry for the delay.